Weekend Woof #7:
Foreign Guys on the Streets of SF

On Tuesday afternoon, as Bill Wilson and I were shuttling between Harvey Milk Plaza and City Hall over MUMC's disrespectful and disrespectful opting not to lower the rainbow flag per President Obama's proclamation for 9-11, I was snap-happy with my camera. It was such a beautiful day and the attractive boys and men were parading in front of my lens. All were promised fame via this series of photos, which brought out their natural and healthy narcissism. 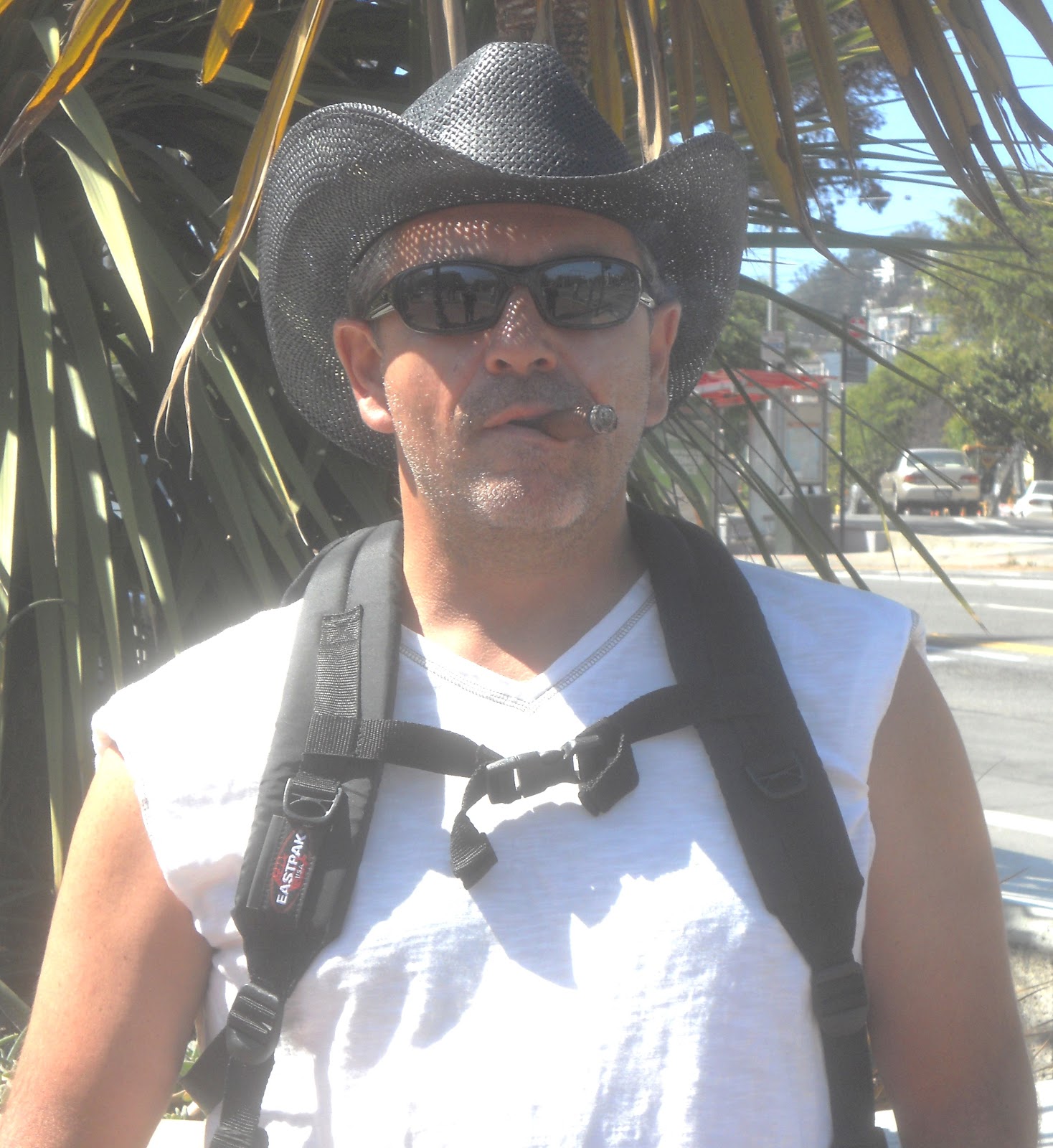 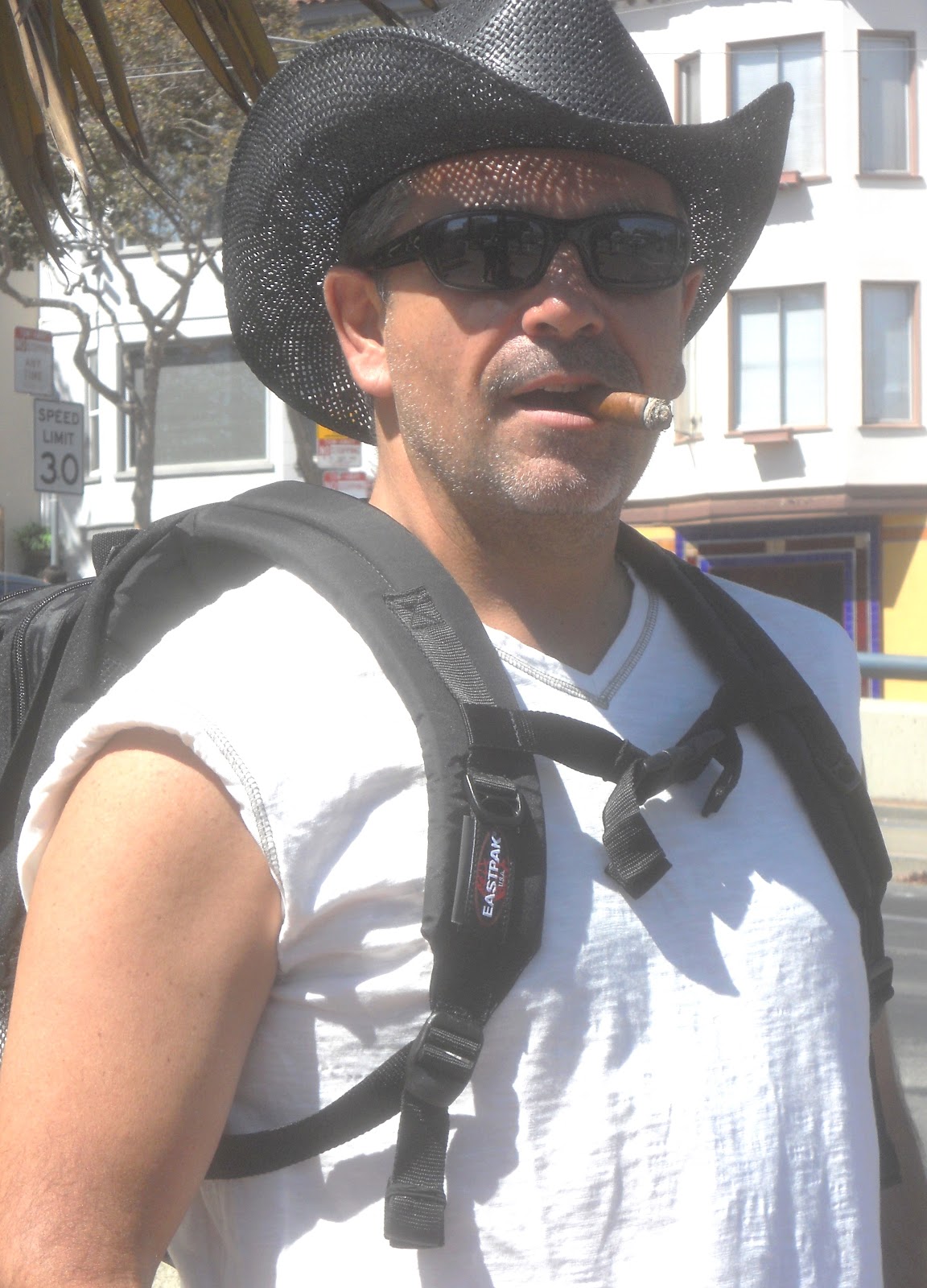 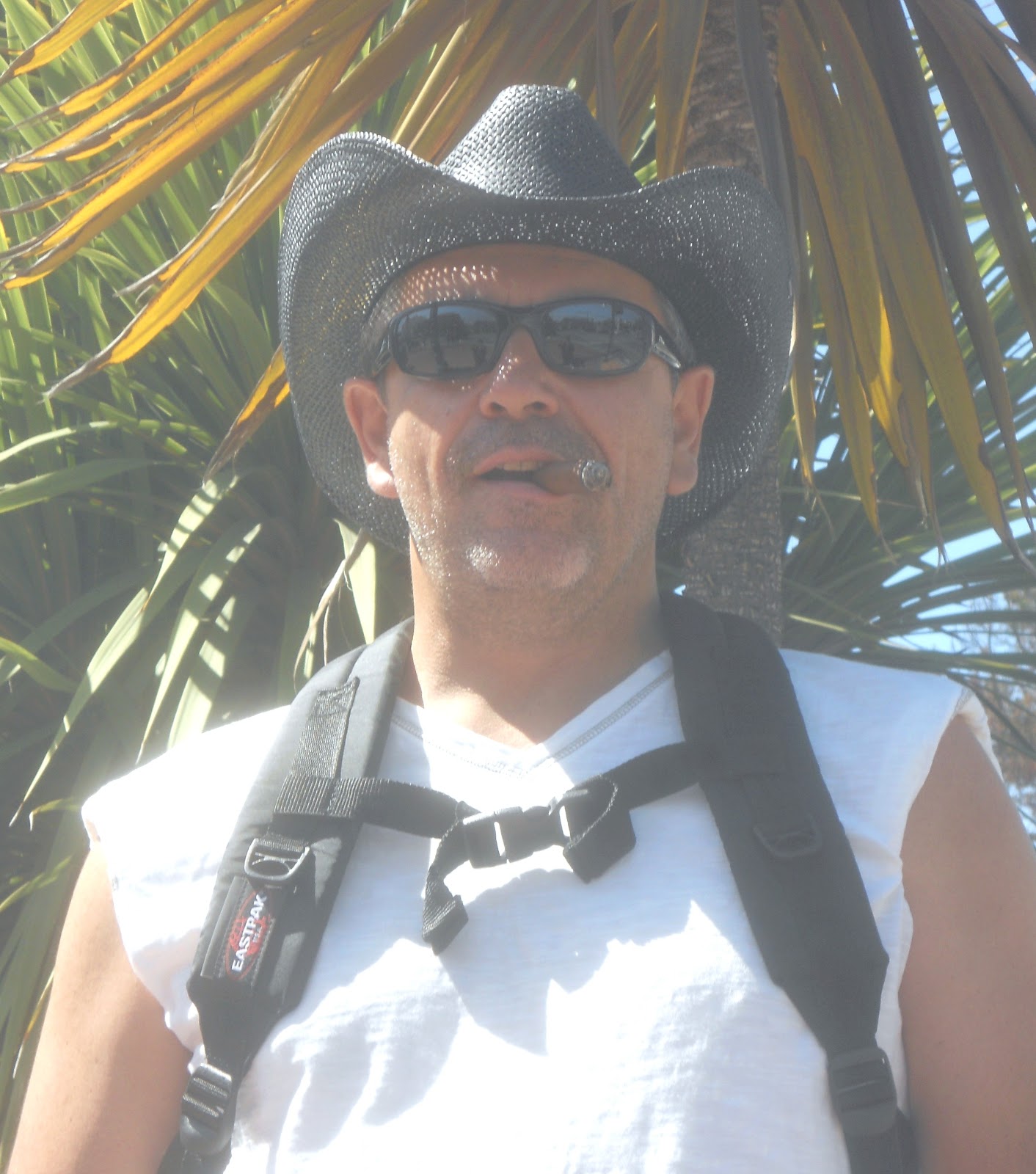 Bonjour, monsieur l'homme cigare. This French stogie stud was hanging out at Milk Plaza and knew only the most rudimentary English phrases, equal to my knowledge of French. He was enjoying his last day in the Castro and said he wanted to come back one day for the Folsom Street Fair, which he learned about only after arriving here. The fair is September 23 and it will be the best ever. 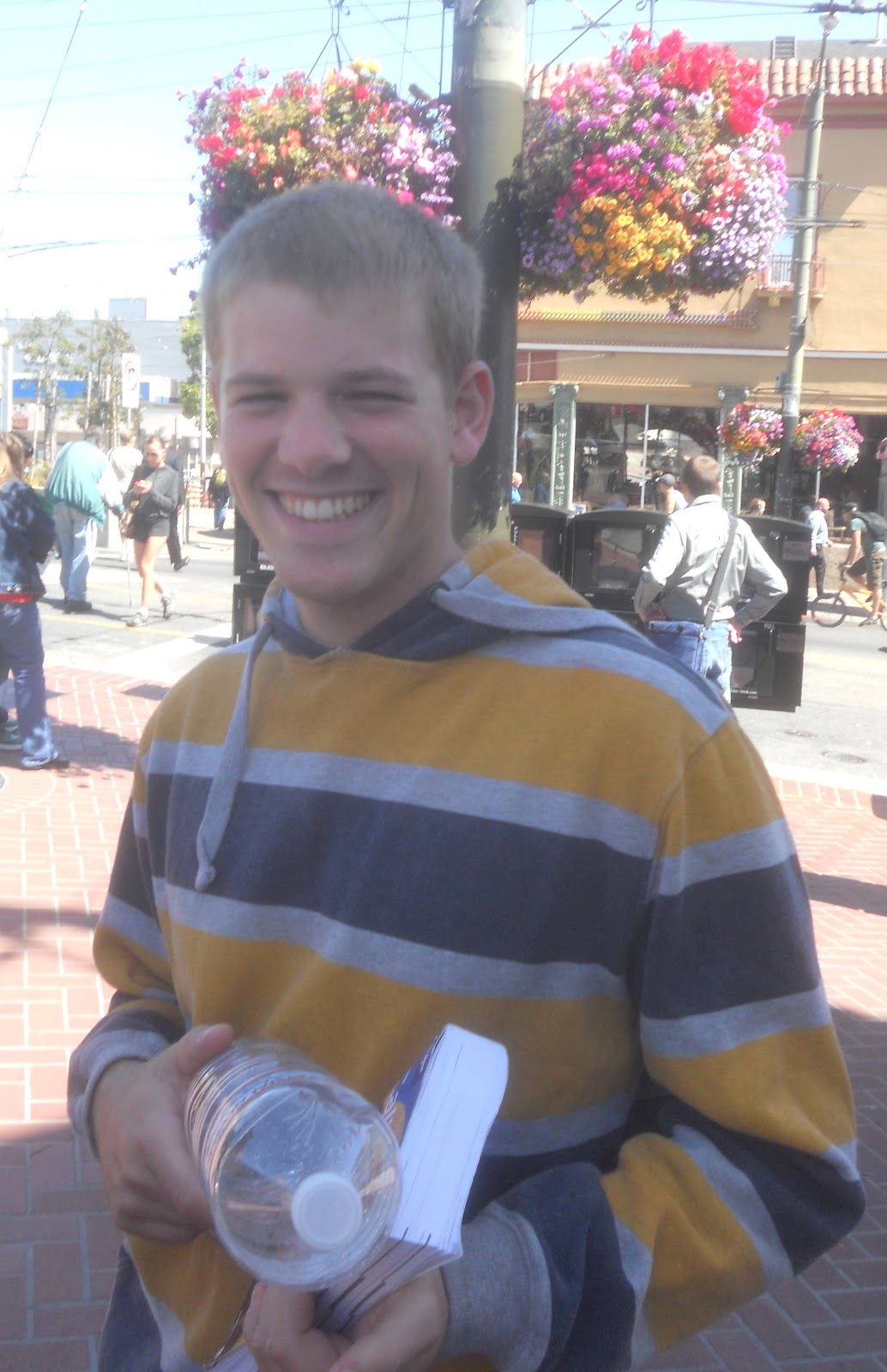 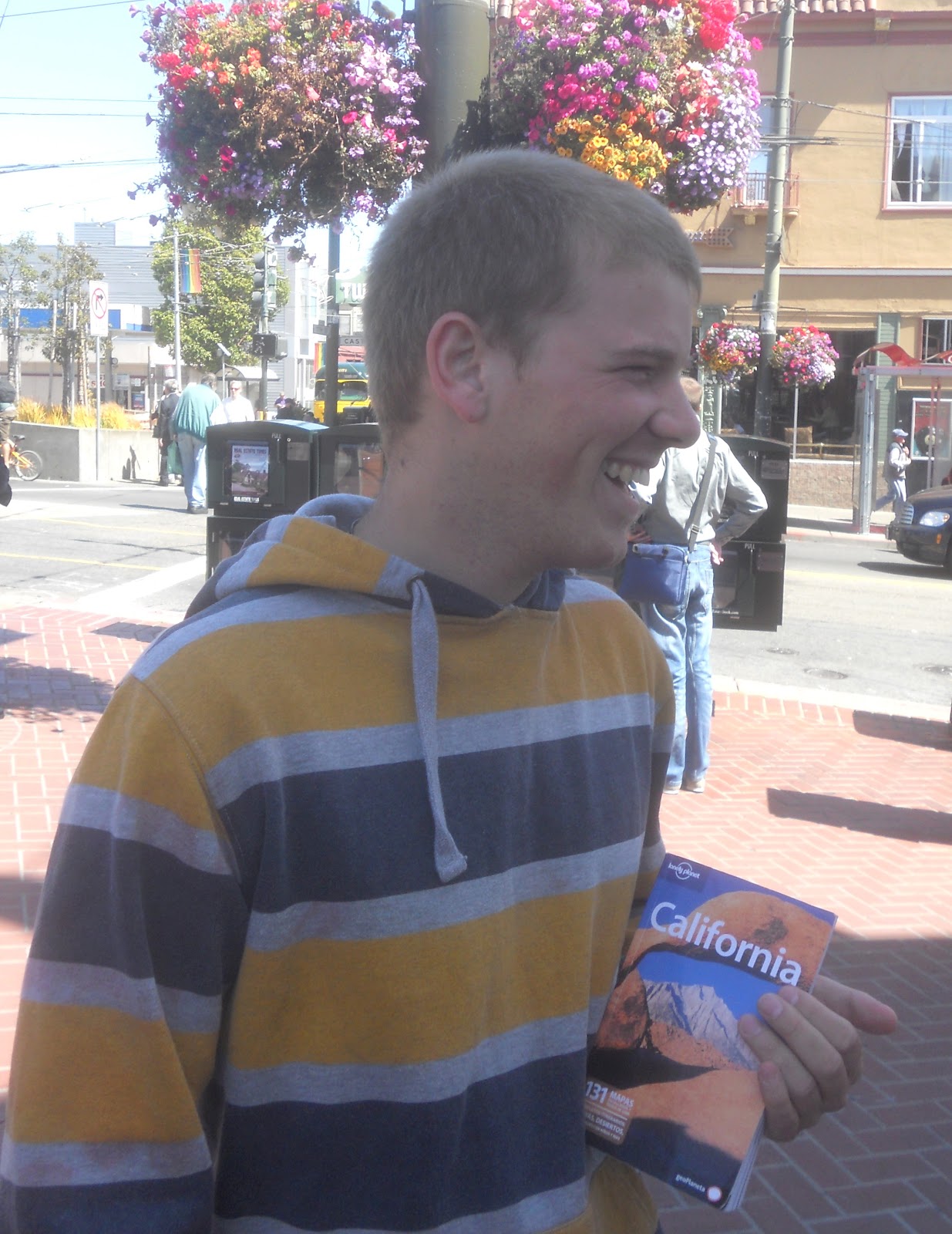 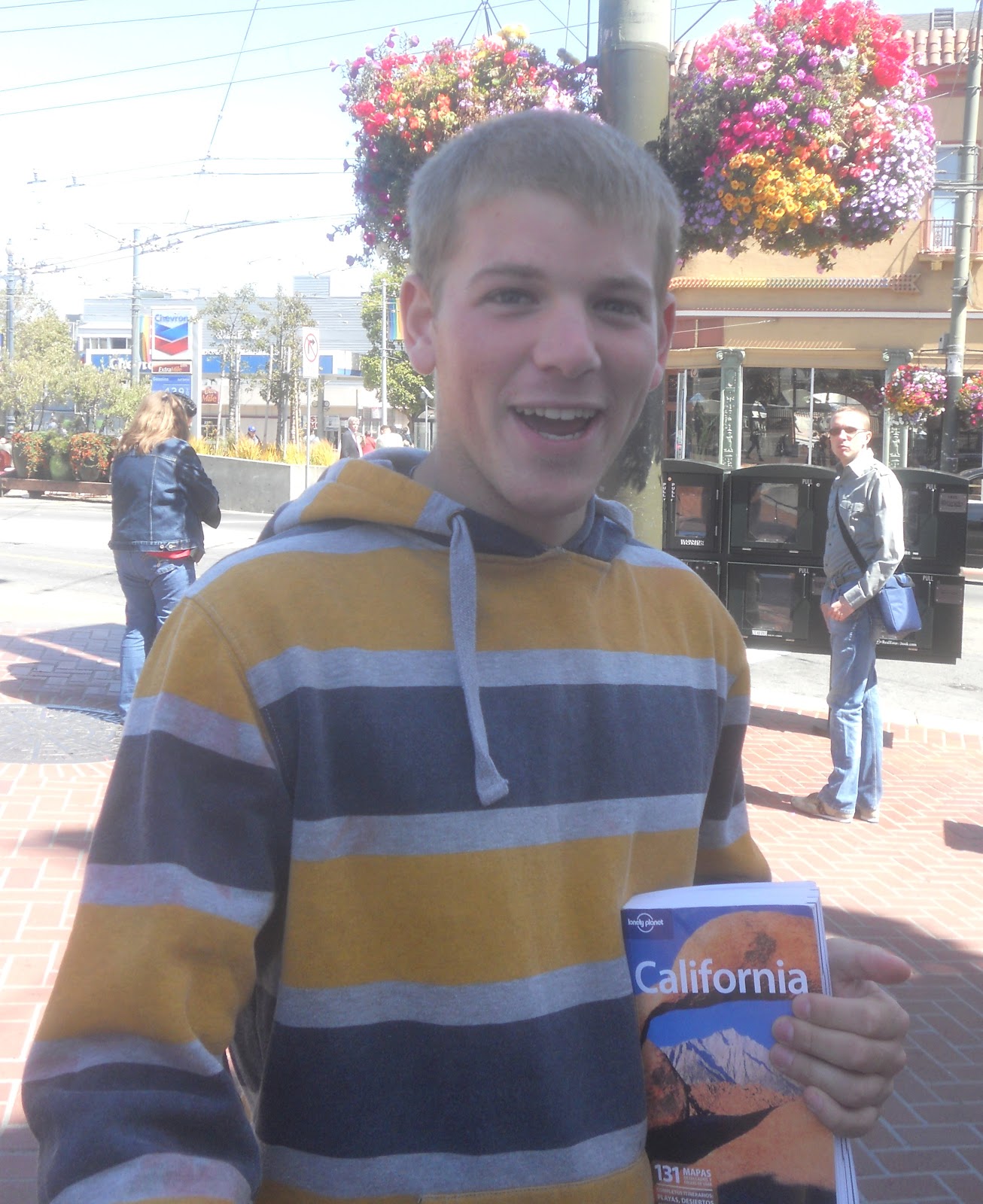 Hola, sexy chico joven Español. A Spanish family was visiting the Castro and Bill Wilson instructed them to stand with the Castro Theatre marquee behind them, as I snapped away on their camera. I then posed this 20-something boy with the hanging flower pots in the background, telling the family he'd appear on a gay blog. They all laughed, before the parents asked Bill and I to pose with the boy and his sister. Bill and I will soon appear on the family's Facebook page. 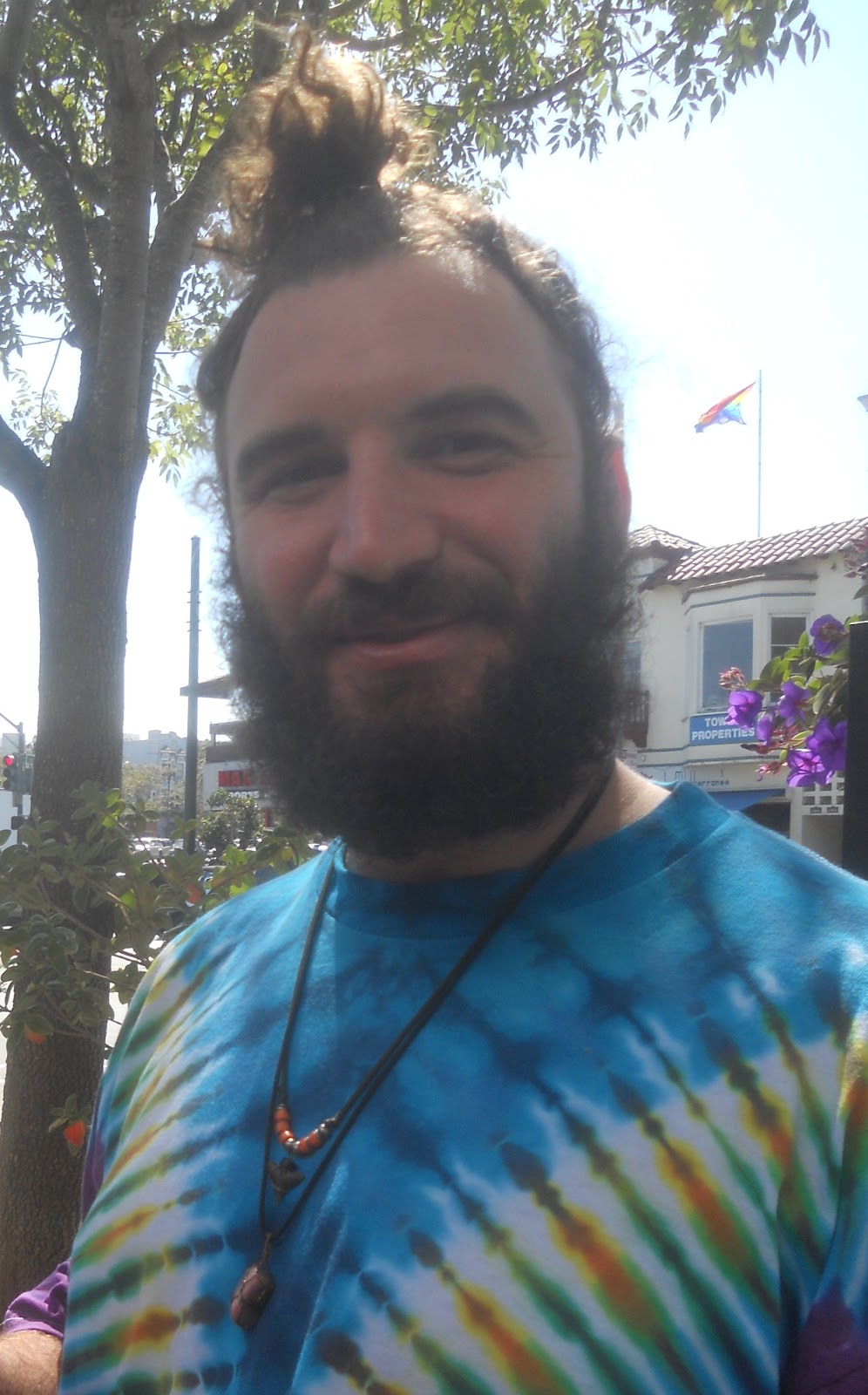 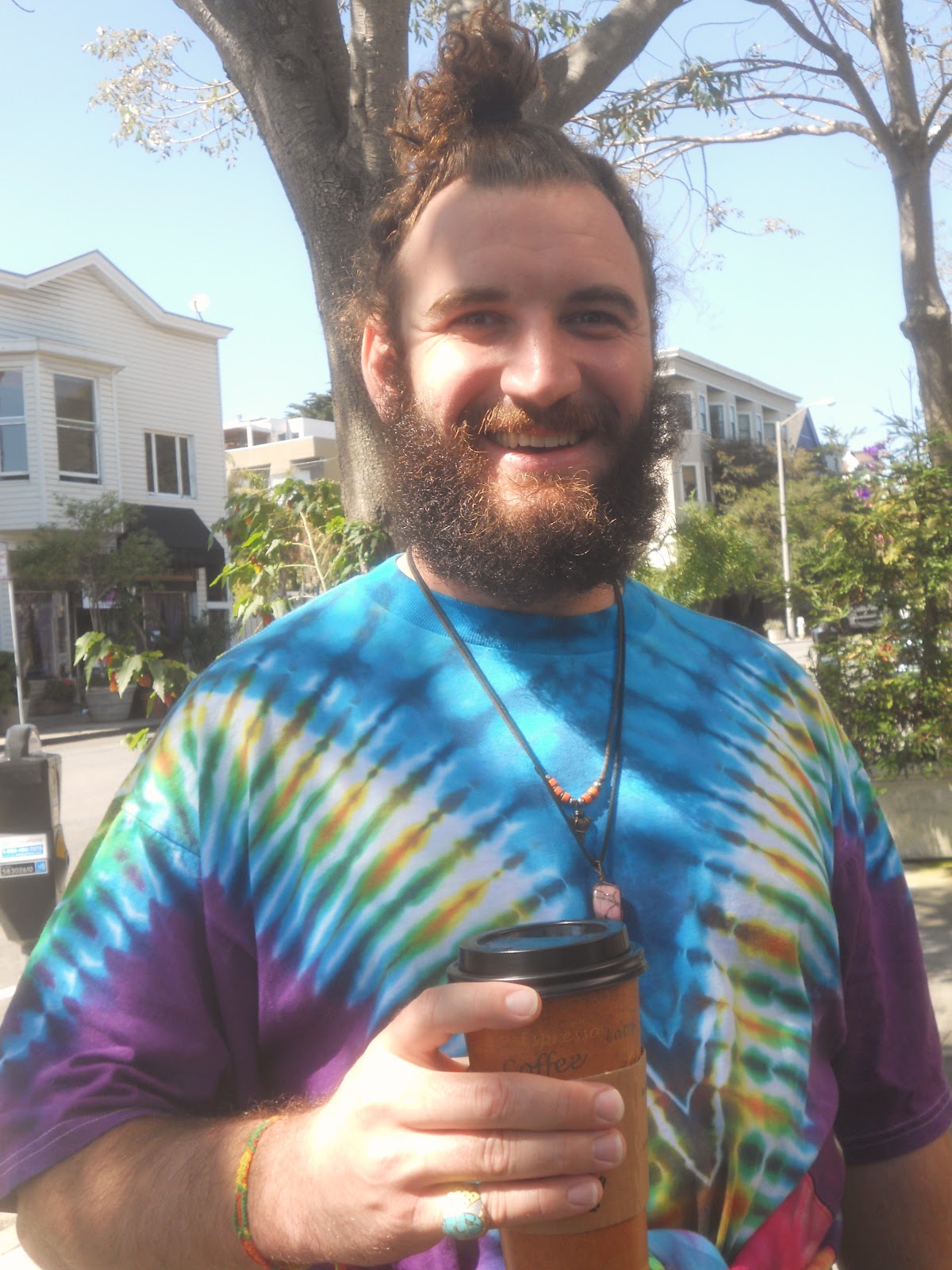 Hello, handsome hairy young dude. Meet 29-year-old Tree Bear, who hails from Radical Faerie Landia. He's just moved here from North Carolina via Tennessee, and is adding his personal hairy flair and colorful costume style of dress to the Castro. Say hello to him when you see him out and about, because we have to feed the bears lots of love and kindness.
Posted by Unknown at 12:09 PM
Email ThisBlogThis!Share to TwitterShare to FacebookShare to Pinterest