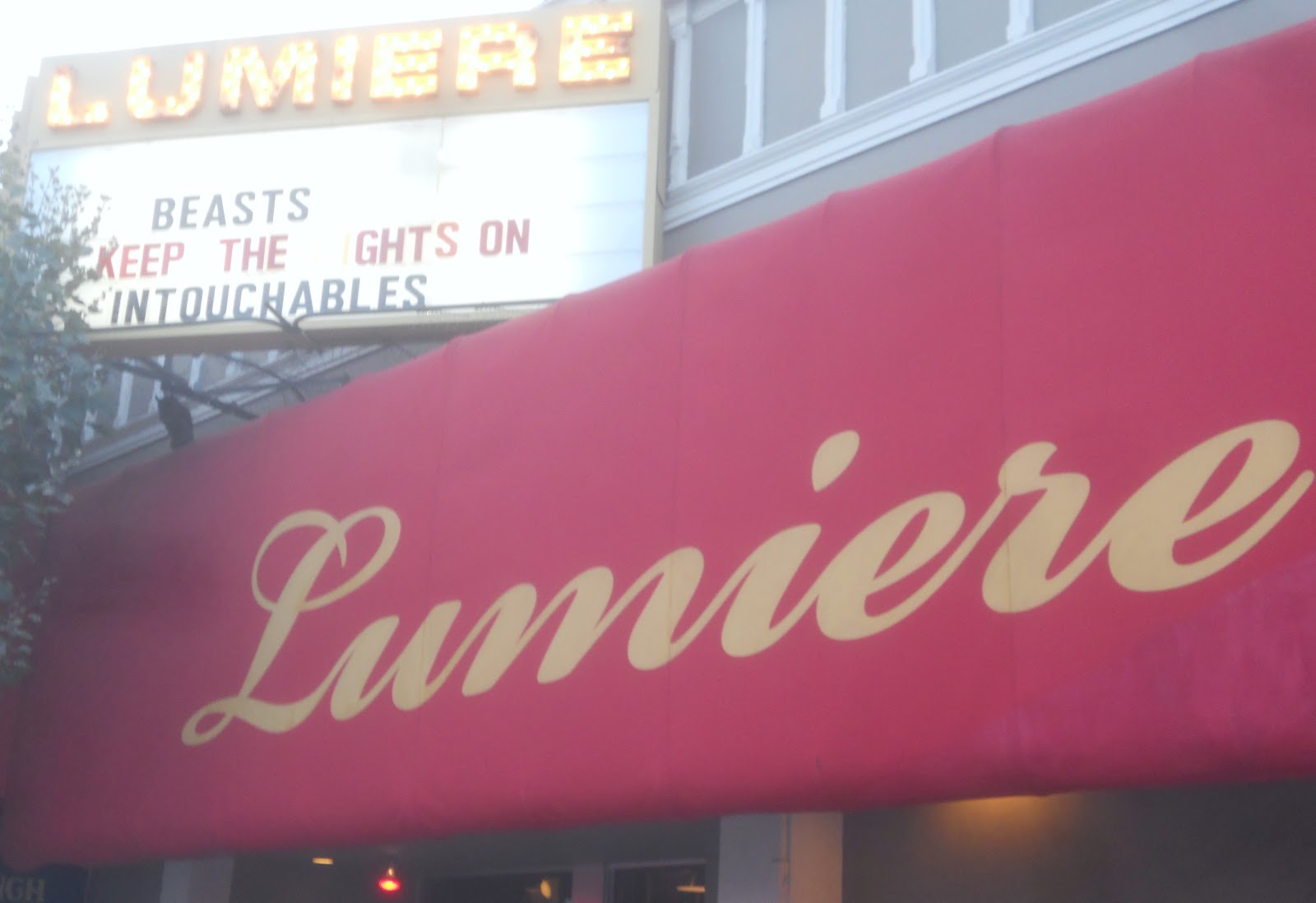 (Sad irony. One of the last films to play here was "Keep the Lights On".)

After experiencing a mostly terrific Folsom Street Fair, photos and report coming later, I rode up to the Lumiere Theatre on California near Polk Street to say good-bye to a dear friend. Three friends, actually, because with the closure of the Lumiere we're losing three screens. 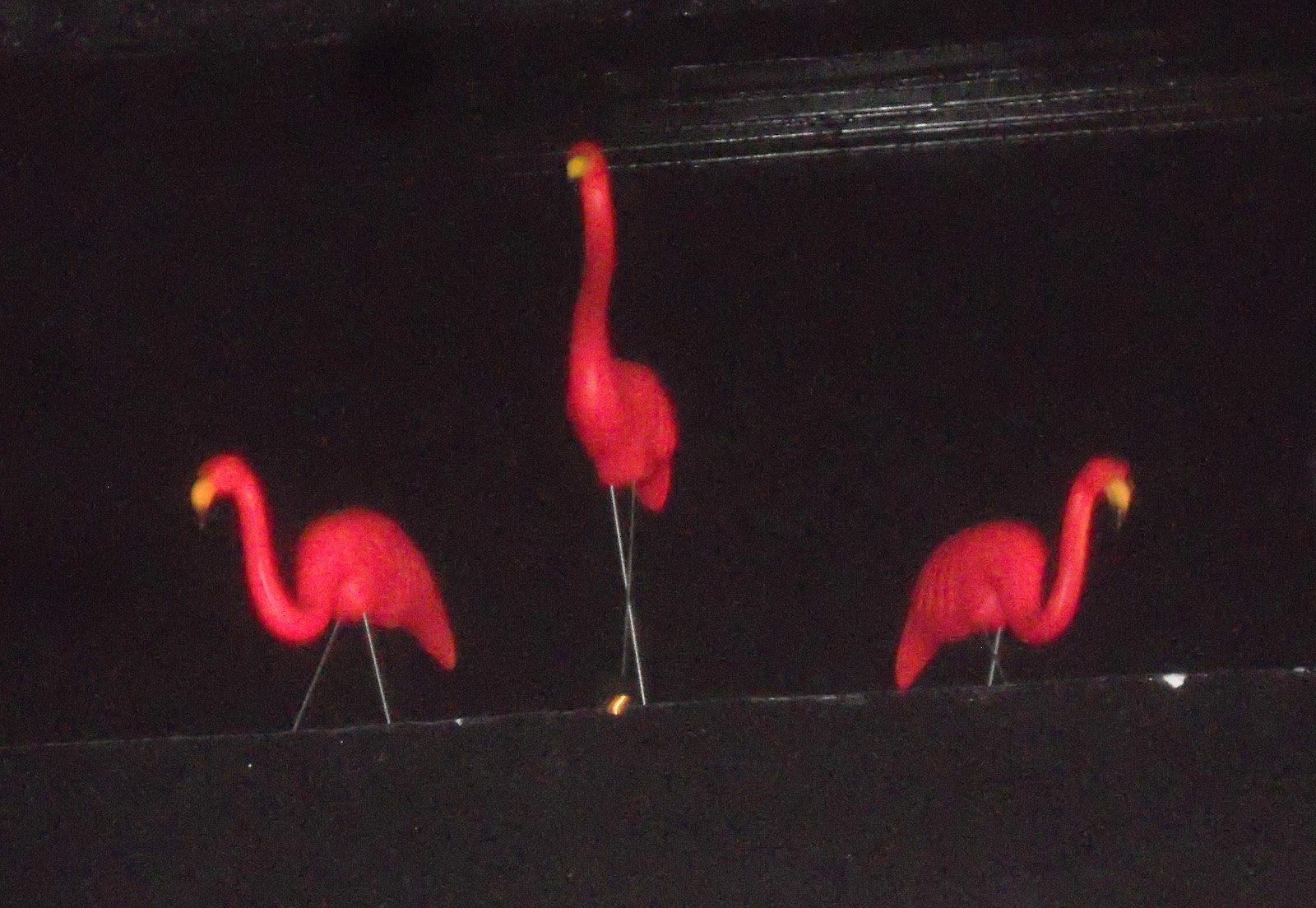 The Landmark Theatres chain couldn't negotiate an acceptable lease renewal with the building's owner, so a closure notice from the chain was announced last week. I've seen nothing online about the shuttering to suggest attendance was down at the Lumiere. The lobby featured a display card from John Waters' "Polyester" and plastic pink flamingos graced the crawl space above the entrance. 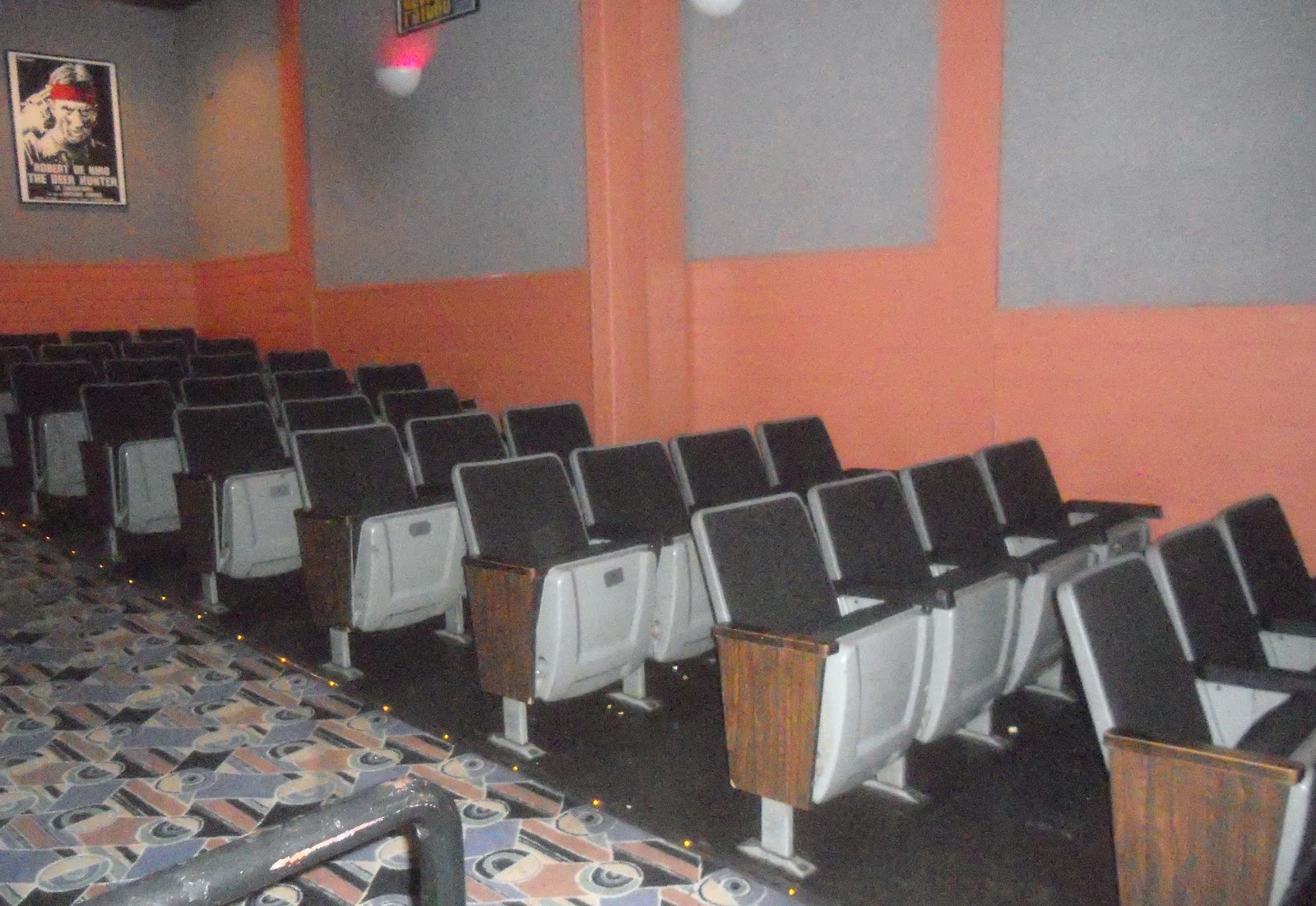 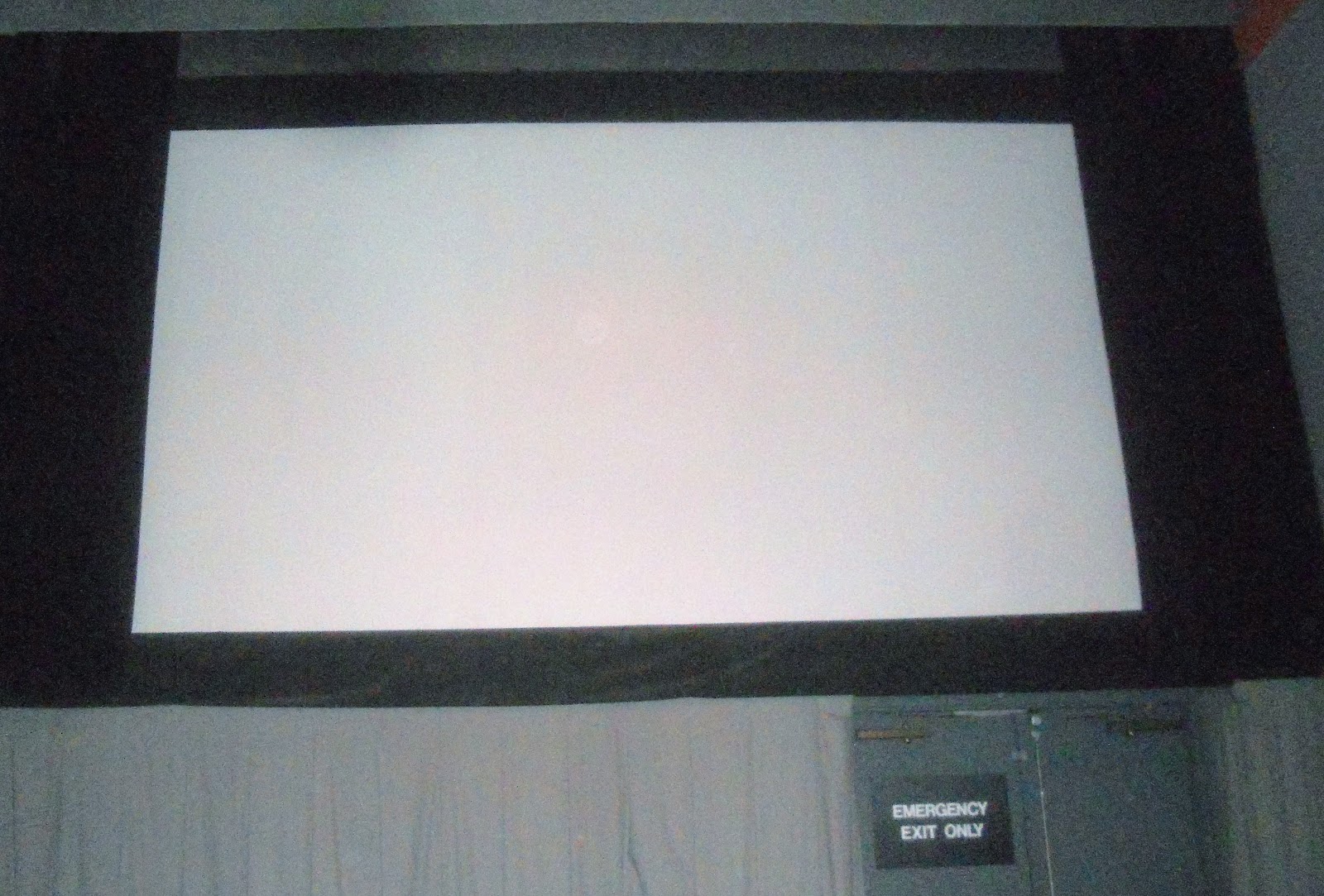 Last night, the manager allowed me to peak in on theatres one and two, which were showing films at the time, and both had a decent number of dozens of people in the seats. Theatre three was empty before the 8 pm show, so I grabbed shots of the silver screen and seats waiting to be occupied by butts. 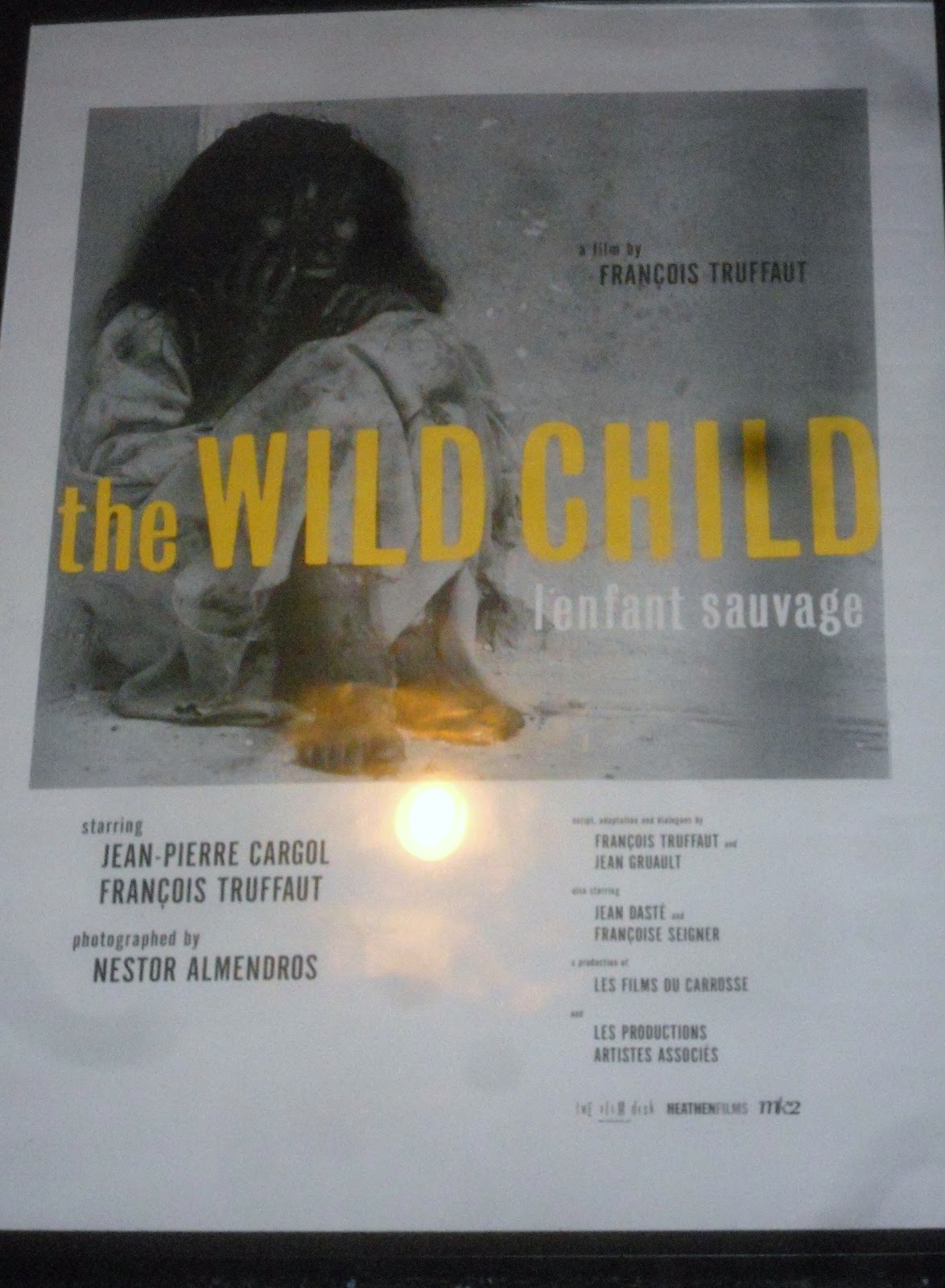 A few posters of classic indies, Hollywood flicks and foreign fare were beautifully mounted on the wall over the concession stand.

Here's a list of just a few great films I saw there over the years: Antonioni's "The Passenger", Herzog's "Nosferatu" and "My Best Fiend", Lynch's "Inland Empire", Truffaut's "Day For Night", Fassbinder's "Marriage of Maria Braun", Sayles' "The Return of the Seacaucus 7", and so many others. 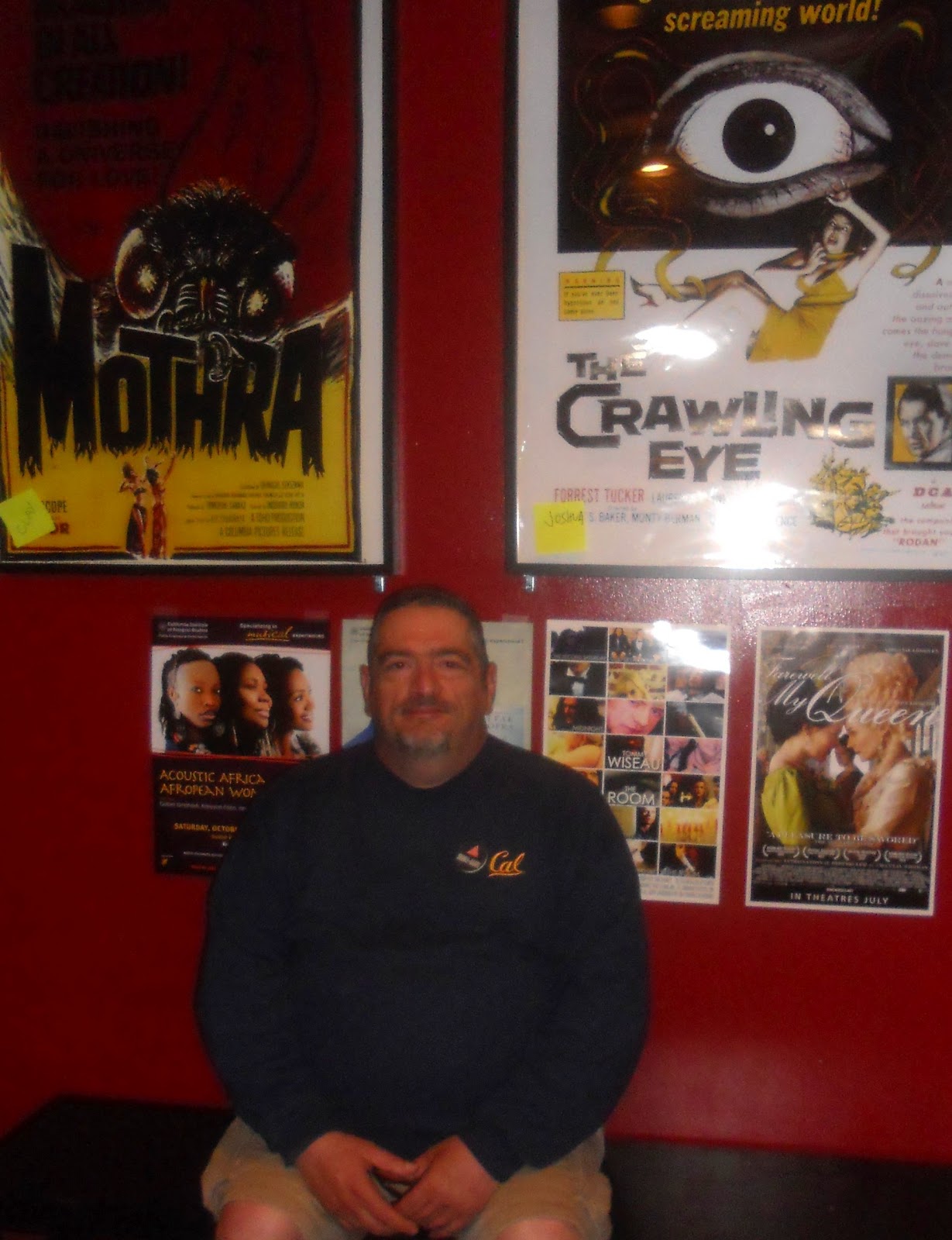 OK, a few of the framed posters in the lobby showcased low-budget camp classics, just perfect for this cineaste to pose with on the final night of operations.

I'm old enough to remember when Polkstrasse was lined with theatres either on the street or right off it including the Royal, the Alhambra, the Richelieu and the Cento Cedar, which was more of a screening room but still beloved by movie fans. Sadly, we have to add the Lumiere to that list of theatre.

Please visit your local independent theatre or art house or film archive!
Posted by Unknown at 4:15 PM
Email ThisBlogThis!Share to TwitterShare to FacebookShare to Pinterest