Weekend Woof #4:
SF Men and Mormon Boys on the Street

My latest batch of Weekend Woof pics are published for your queer viewing pleasure. As always, thanks to the guys for permitting to grab photos of them out and about on the streets and in the plazas of San Francisco. 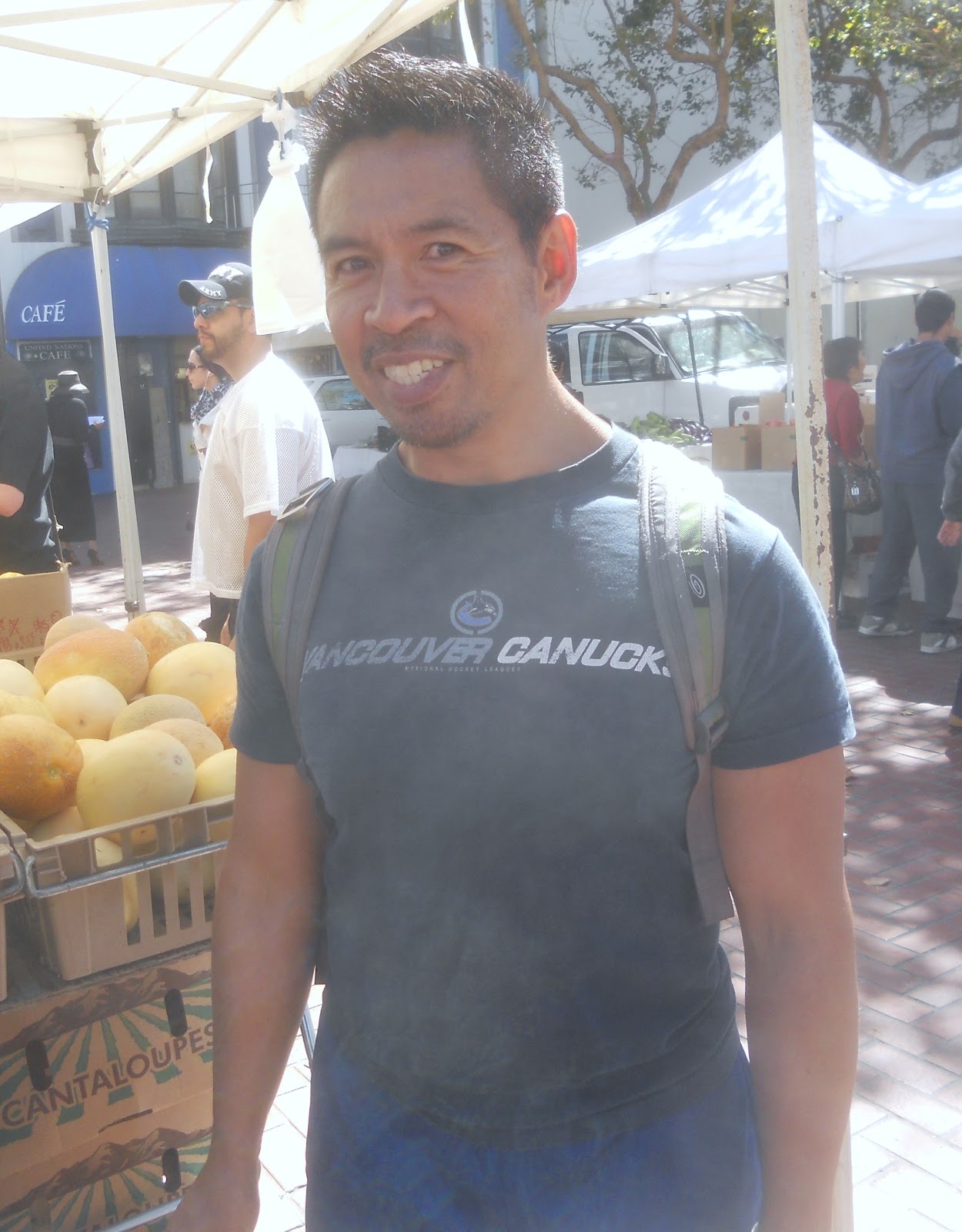 Dominic, at the UN Plaza farmers' market. He once worked at the SF Human Rights Commission and is a total sweetie. 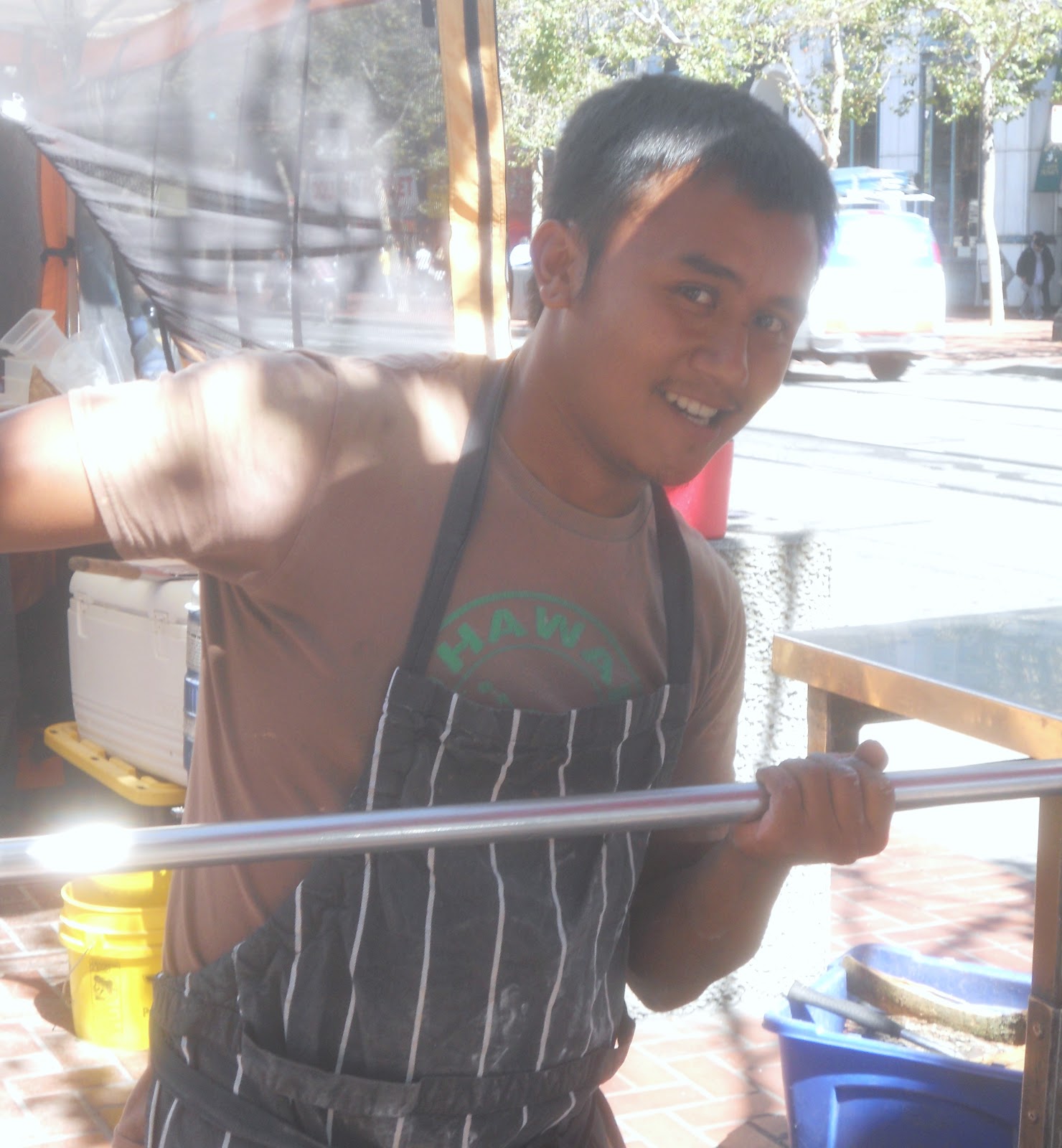 Joe, taking an organic, wood oven-cooked pizza out of the oven. He was happy to pose for me and asked that I mention his foodstand is at the market every Wednesday. Stop by and eat one his delicious tomato pies. 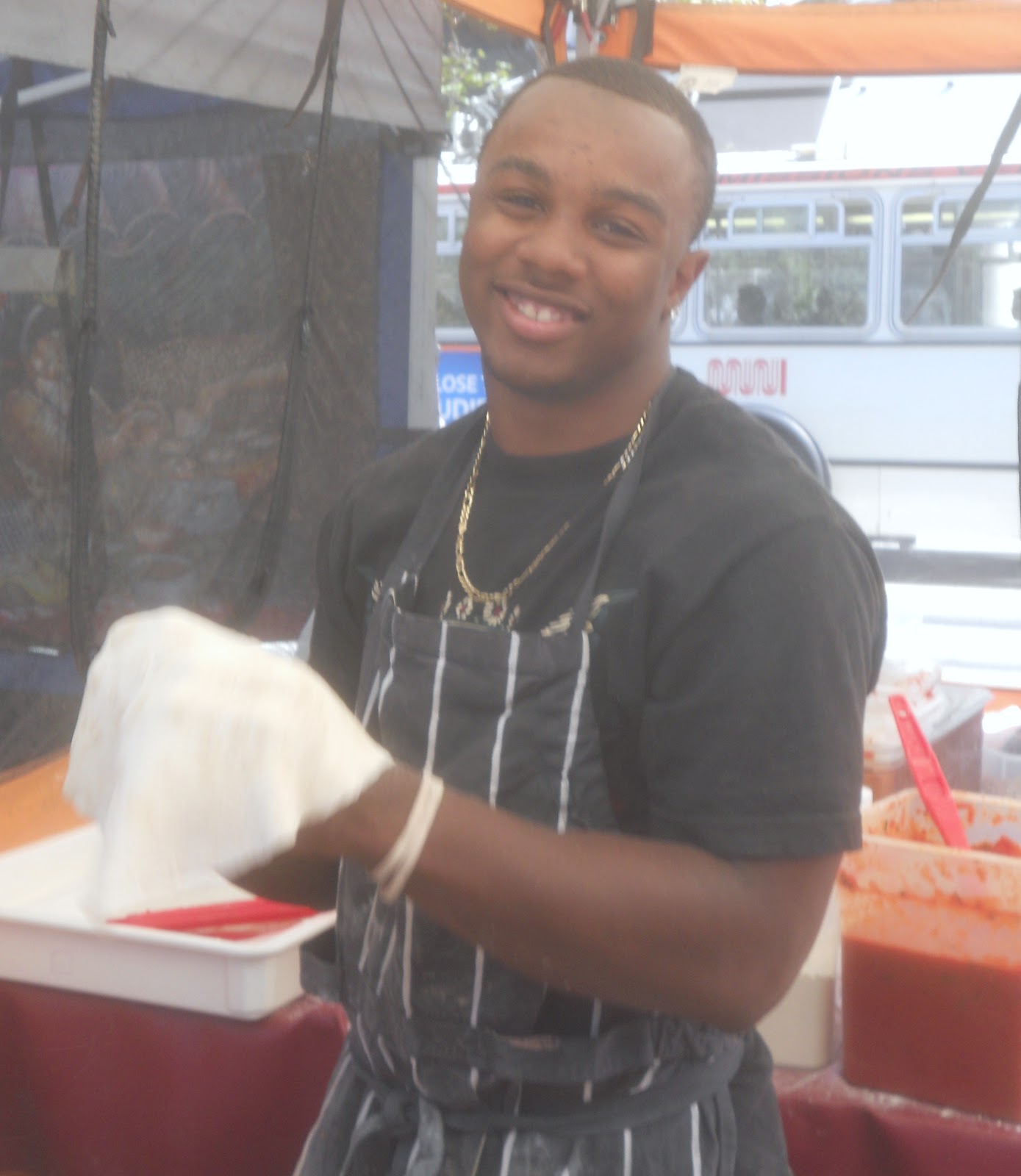 Bryce, preparing to toss the organic pizza dough up into the air. Much more shy than his colleague Joe, but gentle coaxing got him to smile for my camera. 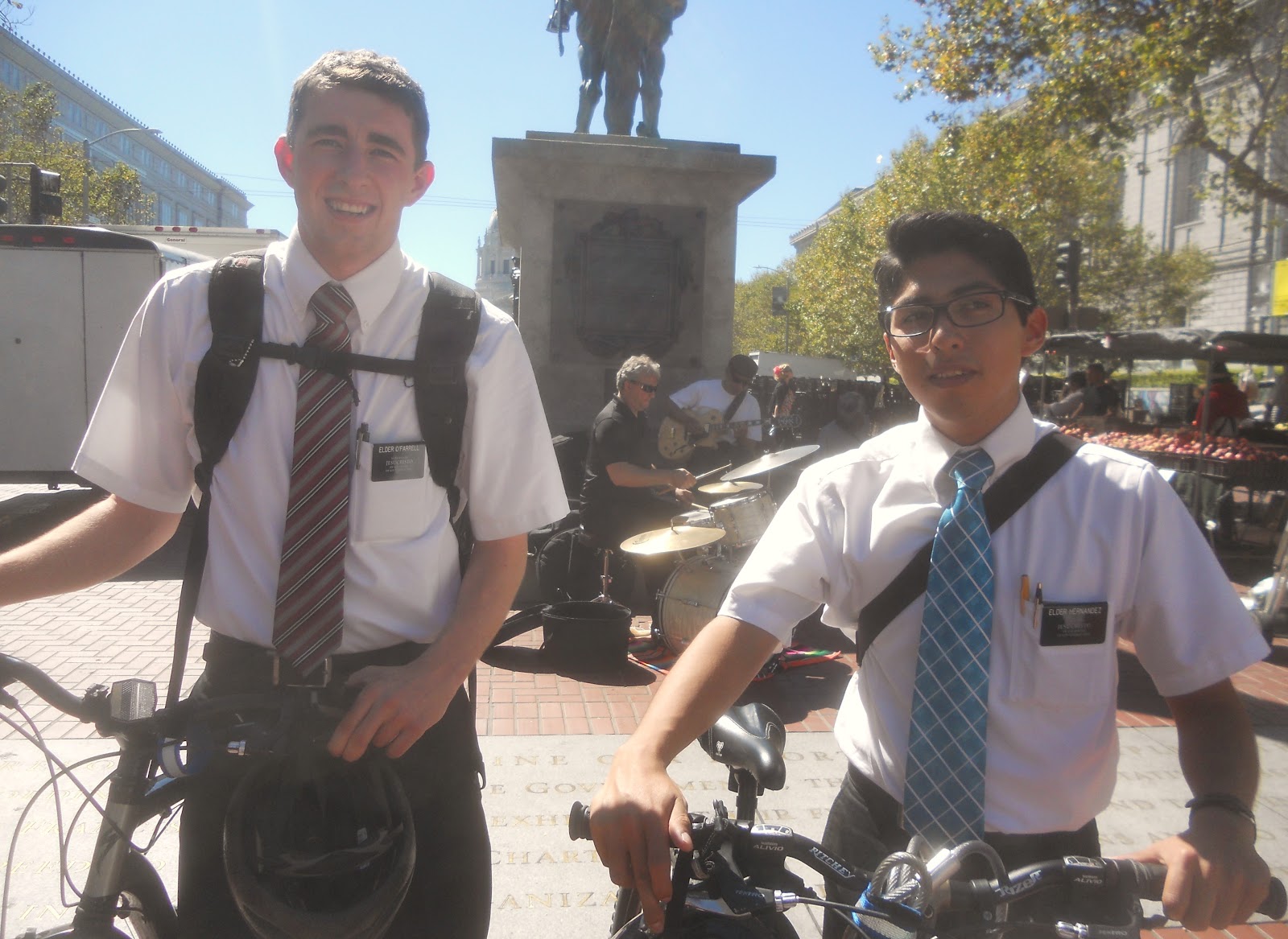 Two Mormon recruiters, hitting the market and dutifully walking their bikes through UN Plaza. If only other bikers were as considerate of shoppers crowding the food stalls. I never pass up the chance to speak with these young men, in part, because they are well-versed in chatting - even with known homosexuals. One day, I will coax one of them into the gay lifestyle! 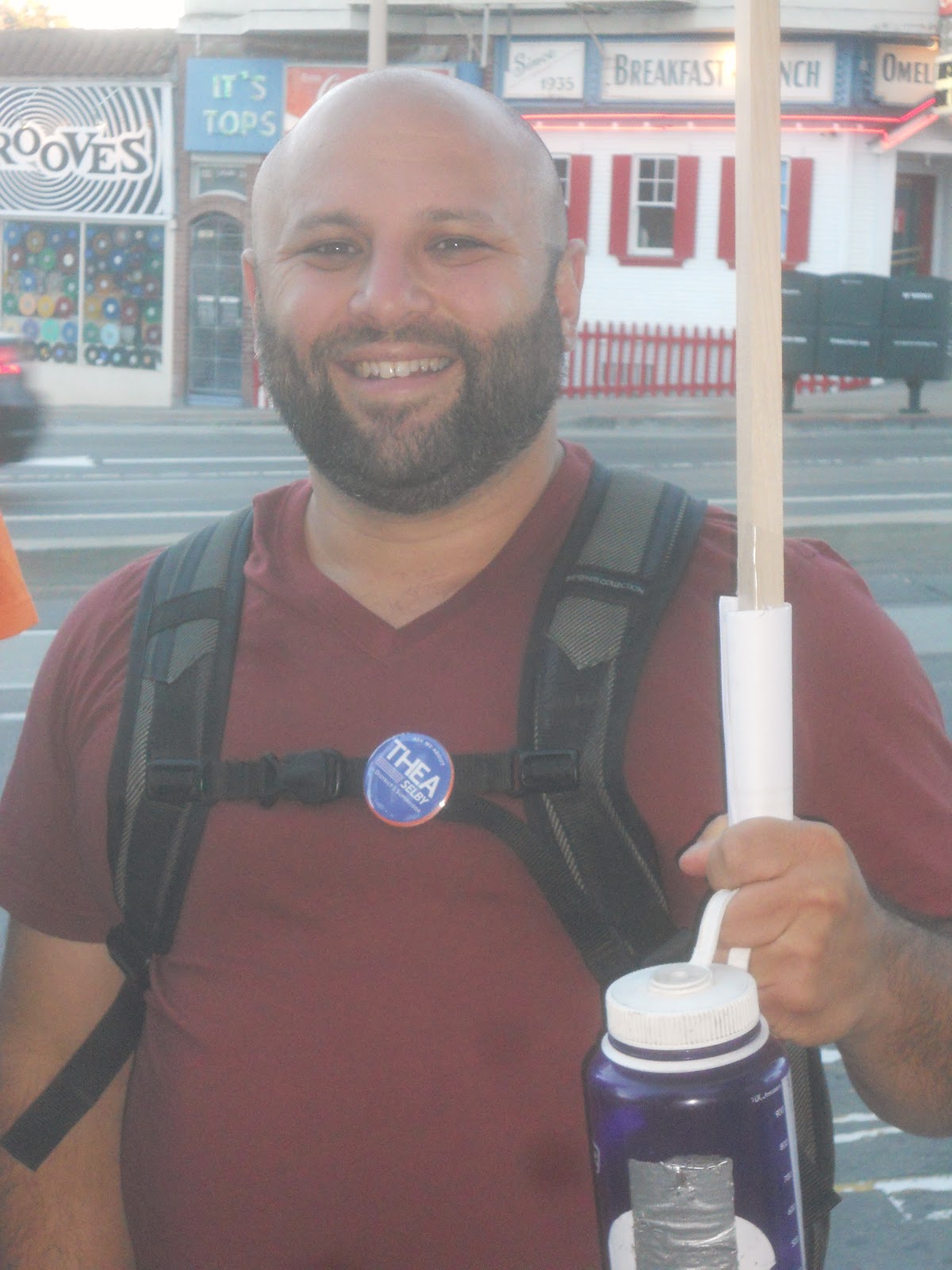 This handsome fireplug was politicking outside the SF gay community center for a Haight District candidate for the Board of Supervisors. I hope to see him shirtless at the Folsom Street Fair on September 23. Don't forget that Folsom is one week early this year and it's gonna be the best ever.
Posted by Unknown at 12:11 PM
Email ThisBlogThis!Share to TwitterShare to FacebookShare to Pinterest