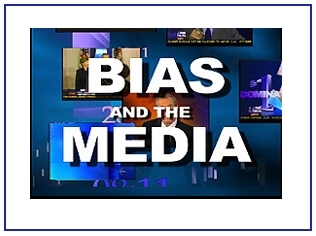 The San Francisco Chronicle is favorably biased toward Supervisor Scott Wiener to the point that he's the paper's pet political to shower attention upon. No other supervisor enjoys as much ink in the major daily as he does, which is no surprise since he represents District 8 and District Downtown Business Interests and that second district surely includes our local Hearst rag.

Let's look at three recent stories about three public plazas in three separate districts and see which supervisors got quoted about public spaces on their home turf. All stories were part of the weekly "What's Not Working" column.

In early July, the Chronicle reported on the defecation problem at the 16th and Mission Street BART Plaza and omitted a quote from the district's Supervisor, David Campos. Who knows. He might have an idea about providing public toilets at the plaza or another potential solution.

At the end of July, the Chronicle informed readers of human excrement disabling the BART escalators at Civic Center Plaza, and that district's member of the Board, Jane Kim, wasn't asked for her opinion regarding unsanitary conditions in public space in her district.

On September 26, the Chronicle looked at controversies surrounding benches and homeless people at Harvey Milk Plaza, human poop was not part of the article, and guess who got his views, rather extensive ones too, out to readers?

Supervisor Scott Wiener, who represents the Castro, said the homeless presence at Harvey Milk Plaza was "No. 2 after nudity" in terms of complaints he receives from constituents. Wiener introduced a measure banning camping in the Castro neighborhood plazas, which the Board of Supervisors approved in January . . .

Wiener said that because the benches are the benefit district's responsibility, the decision to remove or modify them is up to is up that agency.

But he said he thinks the long-term answer is making the plaza more open and inviting. A redesign, he said, could help the plaza attract "a broader cross-section of the community."

It's a mutually beneficial relationship the Chronicle and this ambitious politician have, and the paper is welcome to be the mouthpiece for Wiener all it wants. Just don't expect to me to think Hearst executives and editors print unbiased news.


Posted by Unknown at 10:32 PM
Email ThisBlogThis!Share to TwitterShare to FacebookShare to Pinterest

I am so happy that there is seating in the Castro. Before, there was no place to meet friends for a cup of coffee outside of Starbucks. If all the seats were taken, there was no place to sit. Now there are alternatives to places to sit. Thankfully, especially for those who are disabled who cannot stand for long periods of time. Removal of this seating would not "open up" the area to other people wanting to meet friends for coffee. It would discourage and frustrate people from buying food and drinks from the local business and people would meet their friends elsewhere for "coffee".