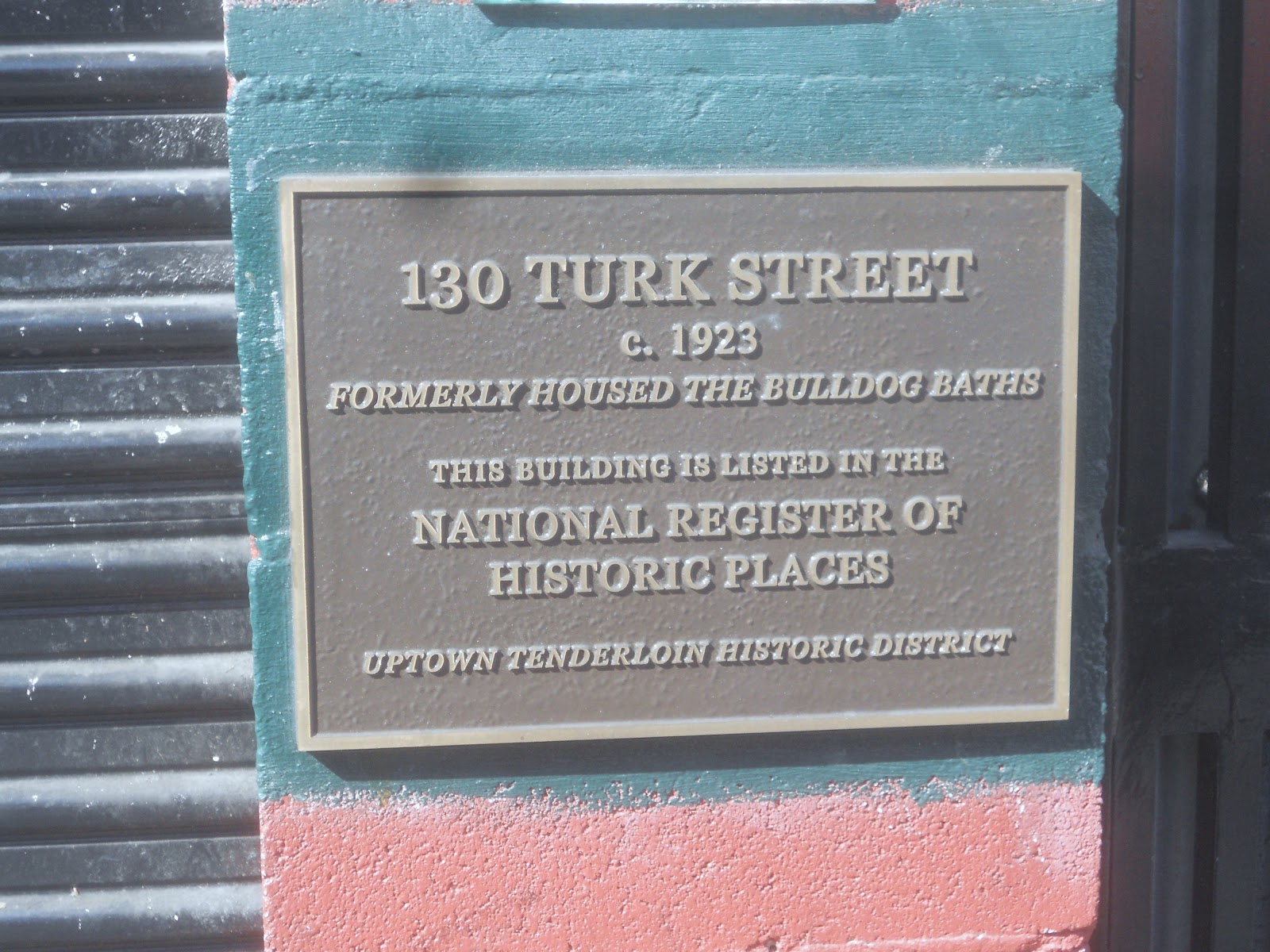 I had no inkling a plaque has been erected in the Tenderloin neighborhood commemorating a building that once was the site of a thriving gay bathhouse. Who knew it's also nationally recognized important site? When I was riding around that neighborhood yesterday, I noticed the plaque and snapped a photo of it and the facade of the building where it's well hung.

The Wikipedia page for listings of such places in San Francisco does not include this building, and despite Googling with numerous terms nothing of relevance turned up explaining when the plaque went up, who paid for it or why exactly the building is of historic significance. 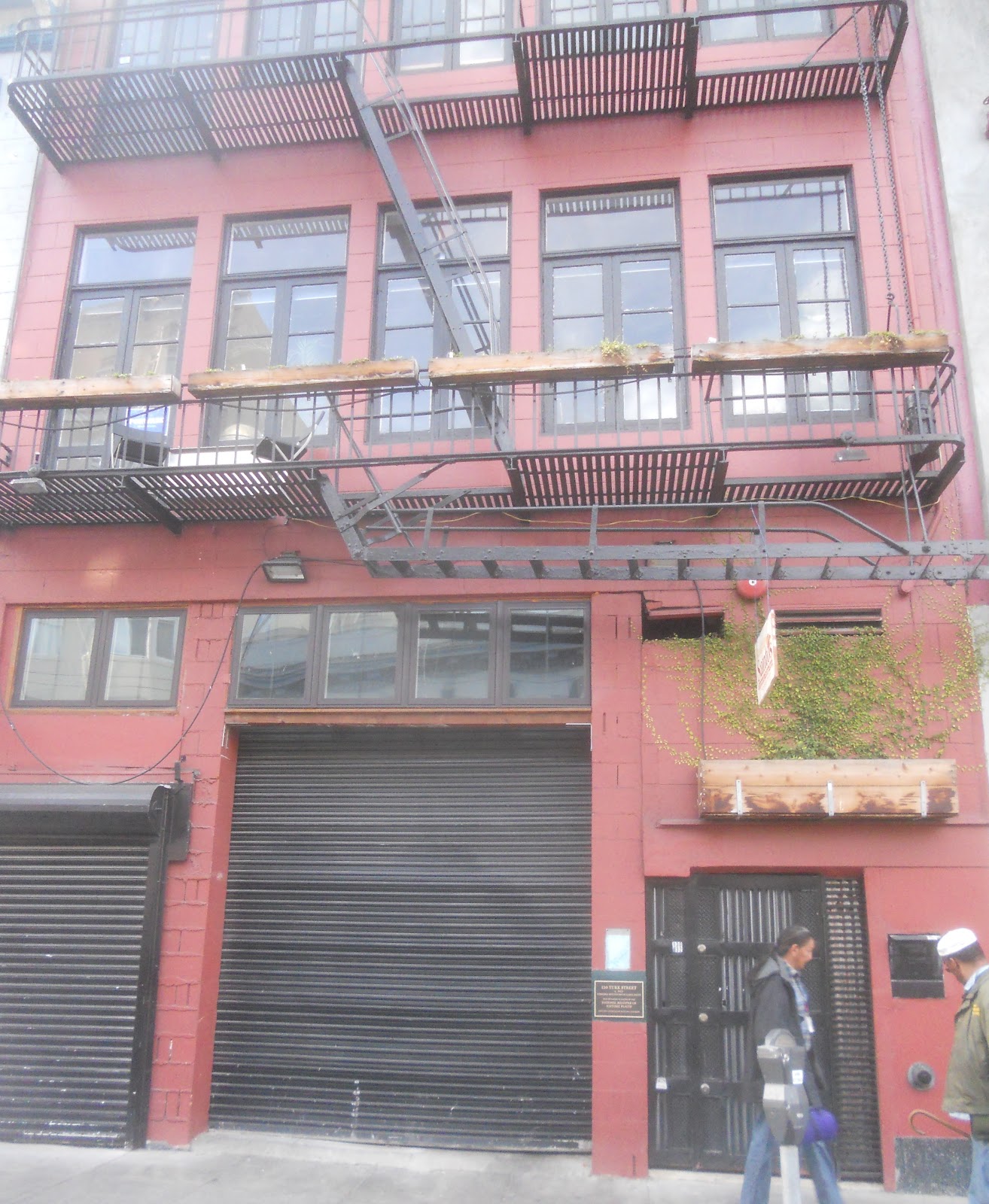 Lots of buildings were built here in 1923 and it would be great to learn what makes130 Turk Street, pictured, so special. Sure, I and other bathhouse patrons believe such a venue is of homo historic importance, but is that enough to warrant inclusion on the national registry?

Speaking of San Francisco bathhouses, let's revive talk of reopening them for several reasons. First off, the AIDS hysteria of the 1980s that shuttered them has disappeared.

Secondly, gay men deserve the right of sexual privacy of cubicles with doors in commercial venues. Currently, we have sex clubs with no areas for privacy from monitors and they don't meet the needs of all sexually active gays.

Third, Berkeley and San Jose have bathhouses which were never closed down, and if those cities can operate them so should San Francisco. Please don't tell me the web is a virtual bathhouse for all gays because the venues surrounding Gay Mecca prove otherwise.

Fourth and final point. Reopening bathhouses would give homeless and transient men a place to crash and catch some rest, take much-needed showers and enjoy a soak in a hot tub, and engage in safe sex.

San Francisco is in the process of starting city-funded wet houses, where chronic homeless alcoholics can go, drink all they want and access city housing, an idea promoted by Mayor Ed Lee's Homeless Czar Bevan Dufty. If we can establish a wet house we should also be able to reopen bathhouses.
Posted by Unknown at 9:11 PM
Email ThisBlogThis!Share to TwitterShare to FacebookShare to Pinterest