EQCA's Sign Spiffed Up;
1-Year of No Executive Director 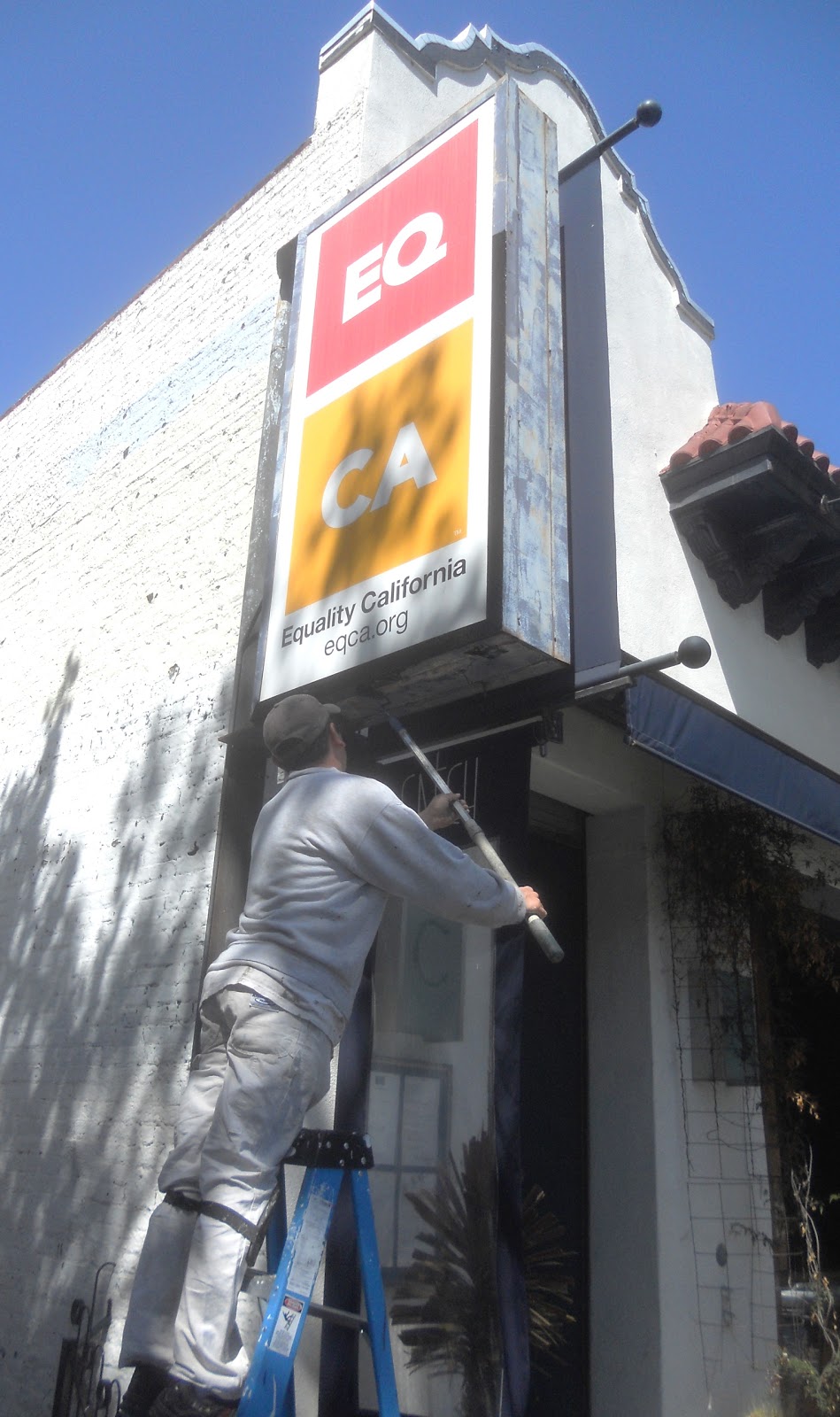 The last time I wrote about how long it had been since their was an executive director at Equality California, was back in June when I noticed eight months had lapsed since Roland Palencia stepped down from that position. My central theme was no discernible difference for the LGBT community of California with EQCA all but kaput, and no expressions of regret from the grassroots or even A-Gays and career queer politicians.

This week, my friend Bill Wilson and I were walking past EQCA's Castro District office on Market near Castro, and noticed a contractor spiffing up the frame of the group's outdoor sign with a new coat of black paint.

It was well worth snapping a photo of the worker applying thick water-resistant paint, because it was a form of activity at EQCA's office and that is something rare. Who is working in that office and what is the point of maintaining it, when the group for all intents and purposes is dead?

In a few short weeks, we'll mark the one-year anniversary on October 11 when Palencia tendered his resignation. Big yawn, really, but an occasion to take note of.

EQCA could have done us all a huge favor, politically and psychologically speaking, if they had closed up shop after pissing $45 million gay dollars down the toilet in 2008 losing gay marriage rights in California and the Prop 8 debacle.

Let's bury the EQCA carcass and remember an important lesson from its demise. Gay elites with money to burn are nothing in this state without democratic engagement and genuine grassroots support.
Posted by Unknown at 11:37 PM
Email ThisBlogThis!Share to TwitterShare to FacebookShare to Pinterest