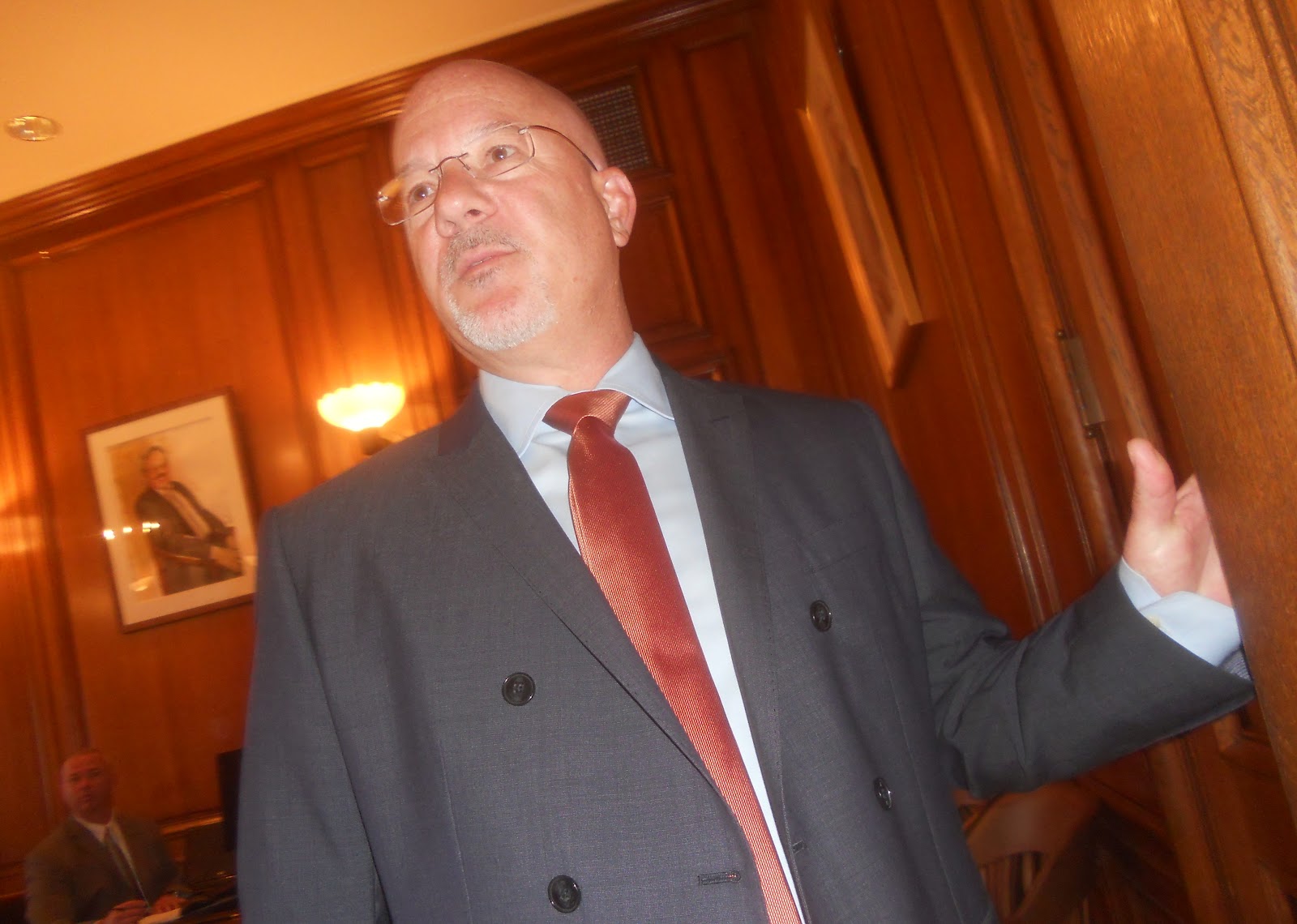 As expected, the rainbow flag on public property at Harvey Milk Plaza was not lowered today out of respect for President Obama's proclamation calling for flying flags at half staff to honor the victims of 9-11 including Castro gay hero Mark Bingham. The Merchants of Upper Market Castro refused to heed our president's request.

My friend Bill Wilson arranged to meet KGO-TV political reporter Mark Matthews at the plaza at 11:30 am, for a story about the rainbow flag flying at full staff today. When Matthews showed up, it was to tell us the story was cancelled because of a fire. We told him to call Wilson's cell phone if the flag story was something he wanted to pursue in the afternoon.

Wilson and I headed down to the mayor's office at City Hall to zap Ed Lee, since we have tried for more than a year to arrange a resolution with MUMC over the city's rainbow flag and pole and have been stonewalled by him and his staff. 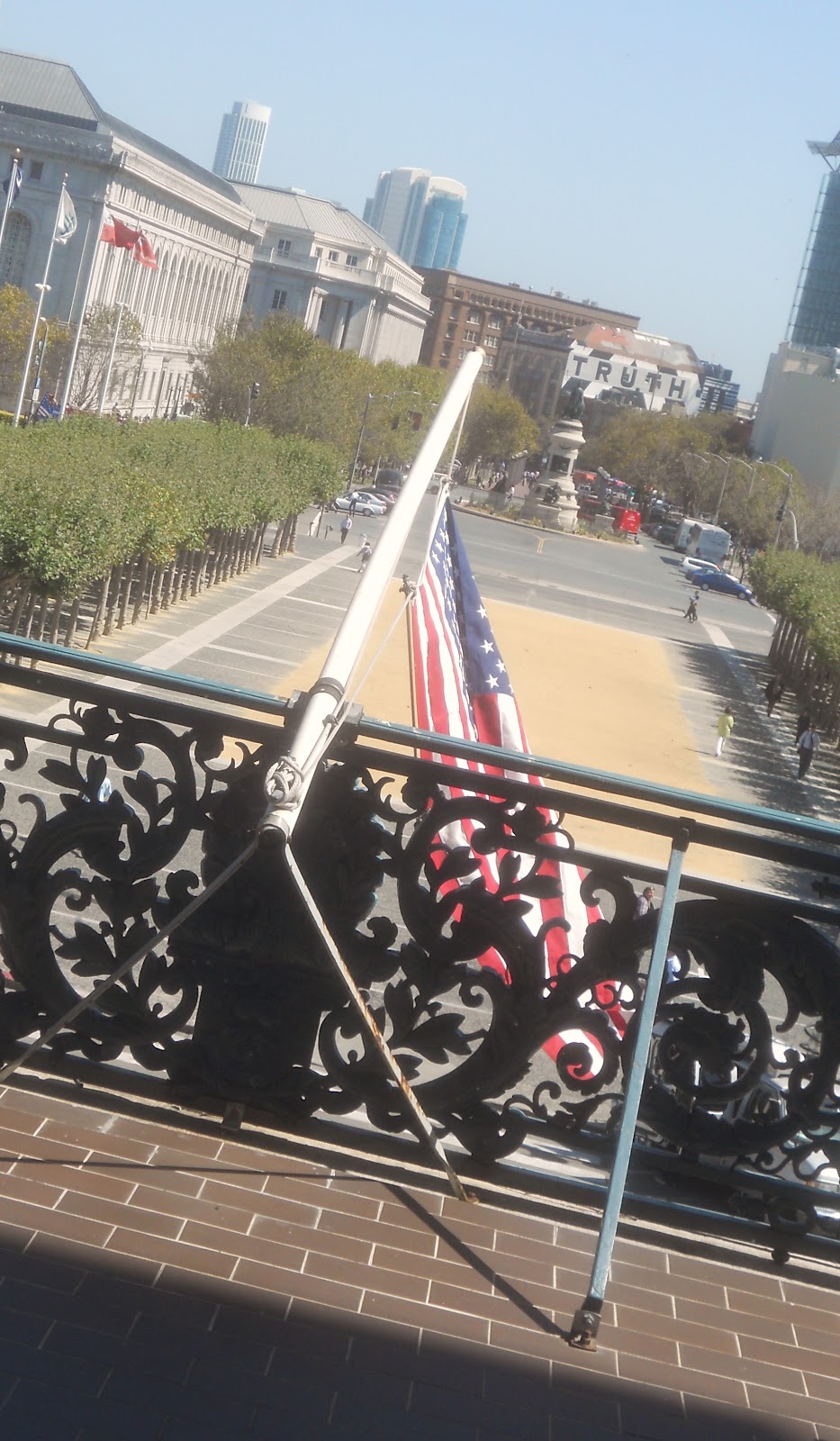 (Off the Mayor's Balcony, the Stars and Stripe flew at half staff.)

When we walked into Room 200, there were two administrative aides and three security personnel present but no mayor. The door to the inner office was ajar and exiting was deputy mayor Steve Kawa, who was ending a meeting with five associates.

As I was telling the aides and security detail that we had to speak with Kawa about the shameful failure of MUMC to lower the rainbow flag, Wilson pointed out that Kawa was a few feet away from me. I went over the him, shook hands and said we wanted the rainbow flag lowered before the end of today.

Kawa said the issue was the domain of the chief of protocol Matthew Goudeau. Told Kawa that yesterday Goudeau told me on the phone that the issue was not a City Hall matter and that we should complain to MUMC. 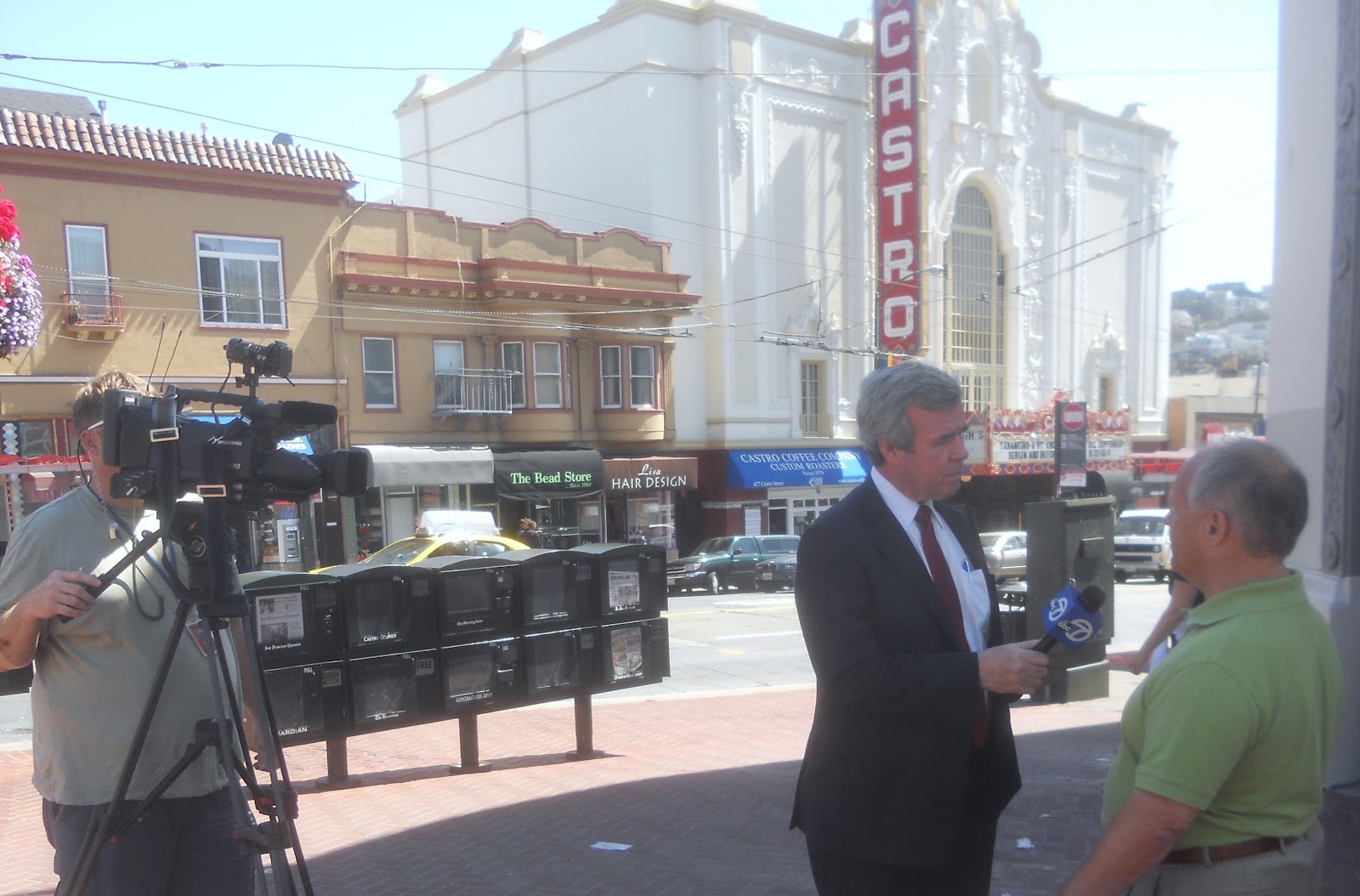 Wilson was busy on the phone with reporter Matthews who said he would be back at Milk Plaza at 1 pm, and he want back on the story. Soon, we left the mayor's office and headed back to the Castro. Once there, Wilson was interviewed, the cameraman got shots of the flag flying as if the president had not made a simple request to MUMC, and we displayed photos of Bingham. Tune in to KGO-TV at 4 pm and 6 pm today and catch the story.

In related news, the Human Rights Campaign lowered the American flag and their logo flag atop their headquarters in Washington, DC, today. I thank HRC's leadership for this important gesture and applaud their act of decency, in respecting Obama's proclamation without hesitation.
Posted by Unknown at 3:49 PM
Email ThisBlogThis!Share to TwitterShare to FacebookShare to Pinterest