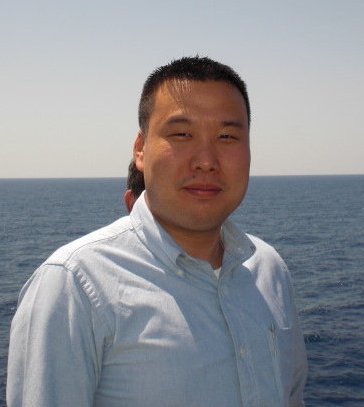 Shin Inouye is an out aide for the Obama Administration. His official title is Director of Specialty Media within the Executive Office of the President. This is the note I sent him regarding his support for the gay Democrat trying to replace Christine Quinn as holder of the District 3 seat in New York City:

I was surprised to see your name among the donors to Corey Johnson's campaign for NYC City Council, because I thought President Obama had requested White House staff not contribute money to political campaigns. Am I right about that? Some others questions. Can you tell me why you support Corey and decided to make a donation? Is there a single issue that made you donate? Also, do you plan to make any future donations to his campaign?

The donation from Inouye turned up in a search of Johnson's records at the NYC Campaign Finance Board's site. He wouldn't respond on the record in writing and requested an off the record phone chat, which was of no interest to me.

So, the out White House aide responsible for new media including blogs, like this one, makes a small contribution of $40 to an out Democrat in New York City and is unwilling to communicate with a specialty media outlet on the record. Wish I knew why, but I'm not willing to chat on the phone with Inouye and have nothing to use on my blog.

And the political beat goes on . . .
Posted by Unknown at 12:36 PM
Email ThisBlogThis!Share to TwitterShare to FacebookShare to Pinterest