The 37th edition of San Francisco's LGBT Frameline film extravaganza came to an end over Pride weekend, and it was the best Frameline for me that I can recall. All of the movies I saw, except for "Pit Stop" about mopey gays in a small Texas town which was so bad I left in the middle of it, were either challenging or well-told stories or educational in a very entertaining fashion. 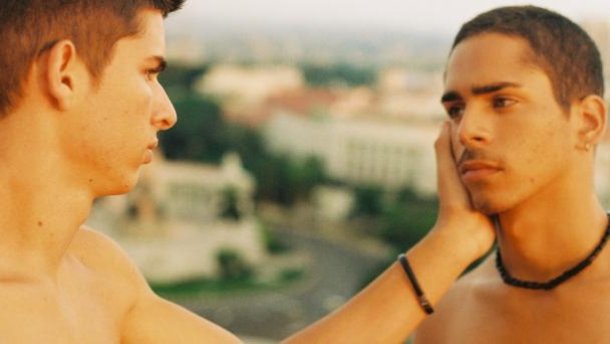 Told in neo-realist style patterned after the work of Jean-Pierre and Luc Dardenne, the film follows the protagonists engaging in sex work with gay tourists, hanging out in a disco and contending with their female partners who know about their not-so-secret love for each other. There is much tender and sometime sweaty sensuality between the boys.

If you like young, well-built and smooth Latin dudes there's plenty of them cavorting in bed nude, or shirtless on the soccer field, but the ample flesh on display is not just for the titillation of the audience. We see how irresistible they are to each other and the men and women who desire them, leading to an unsatisfying tragic ending.

The centerpiece film about a repressed Catholic gay priest, pictured, "In the Name Of" hails from Poland, a country with a well-earned reputation for deeply ingrained intolerance of LGBT people fueled by the church.

Unable to come out, he turns to alcohol as an escape that leads him to become platonically affectionate with the boy who openly desires him. The priest's bad behavior is reported to his superiors and he's transferred to another parish, is soon followed by the boy and during a stormy rainy night they finally make love together.

"In the Name Of" won the Teddy Award for queer content at the Berlin Film Festival earlier this year, and delivers a quietly moving and hopeful conclusion. 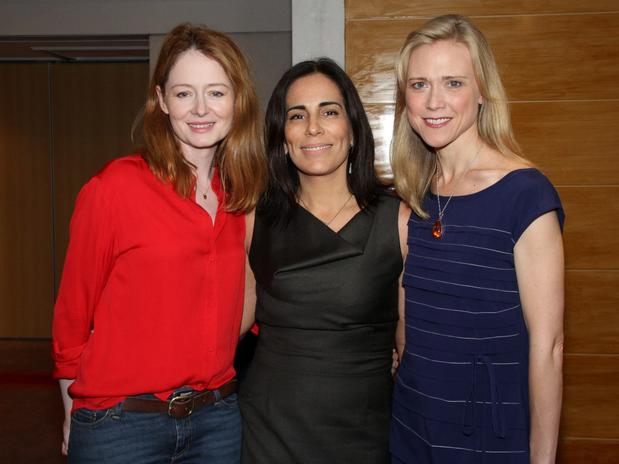 A repressed and drunken moper, Pulitzer Prize winning poet and sorta out lesbian Elizabeth Bishop moves to 1950s Rio De Janiero and begins a tumultuous love affair and partnership with tough-cookie architect Lota de Maceto Soares in the Brazilian-financed "Reaching for the Moon".

Their life together is told in glossy telenovela bio-pic style, most of it highly entertaining and containing chunks of camp scenes and dialogue, with impeccable costuming and eye-pleasing production design and lush backgrounds.

I never developed sympathy or caring for Bishop, found the actress playing her, Miranda Otto, lacked depth and appeal, and the much more interesting character is Soares, who is portrayed with passion by Gloria Pires who occasionally chewed the scenery. Since "Reaching for the Moon" was produced in Brazil, it's no wonder Soares' life and troubles get almost equal screen time with Bishop's.

Not sure if it has a U.S. distributor yet, but definitely would bring in some coin if shown on American screens beyond the LGBT film festival circuit. 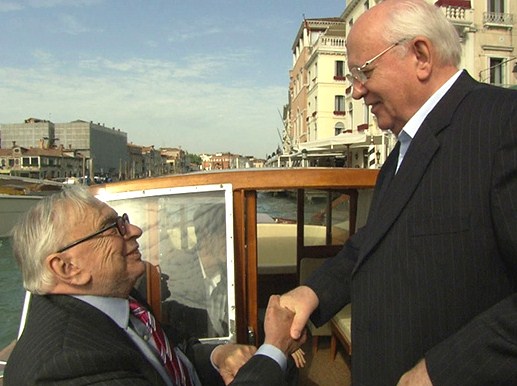 On the sunny and hot afternoon of June 26, as the Castro was in the throes of celebrating the Supreme Court's two gay marriage decisions and lots of hype and hoopla hung in the air, inside the dark and cool Castro Theater a packed house watched "Gore Vidal: The United States of Amnesia".

A rather pedestrian documentary full of talking heads, but what fascinating and articulate talking heads starting with the man himself, Gore Vidal, shown in the beginning as a ten-year-old in a black-and-white clip explaining how easy it was to fly a small plane and then taking off and piloting it.

From Mikhail Gorbachev, pictured, enjoying his friend's company in Venice, to Joanne Woodward explaining the fabulous and sometimes outrageous parties she and Paul Newman shared with him when they rented a big house together in Malibu, and including the late acerbic social critic Christopher Hitchens who thought he was Vidal's political heir until he endorsed Dubya and Cheney's Iraq war for oil, and loads of other folks, we learn how wide was Vidal circle of pals and associates.

Quite refreshing to spend almost ninety-minutes in Vidal's company at anytime but particularly so amid all the marriage madness breaking out. The sustained applause and cheers for the doc were well-deserved and I hope it gets a run in the arthouses.

And how was your Frameline experience this year? May it have been as fun and fabulous as mine!
Posted by Unknown at 6:44 PM
Email ThisBlogThis!Share to TwitterShare to FacebookShare to Pinterest