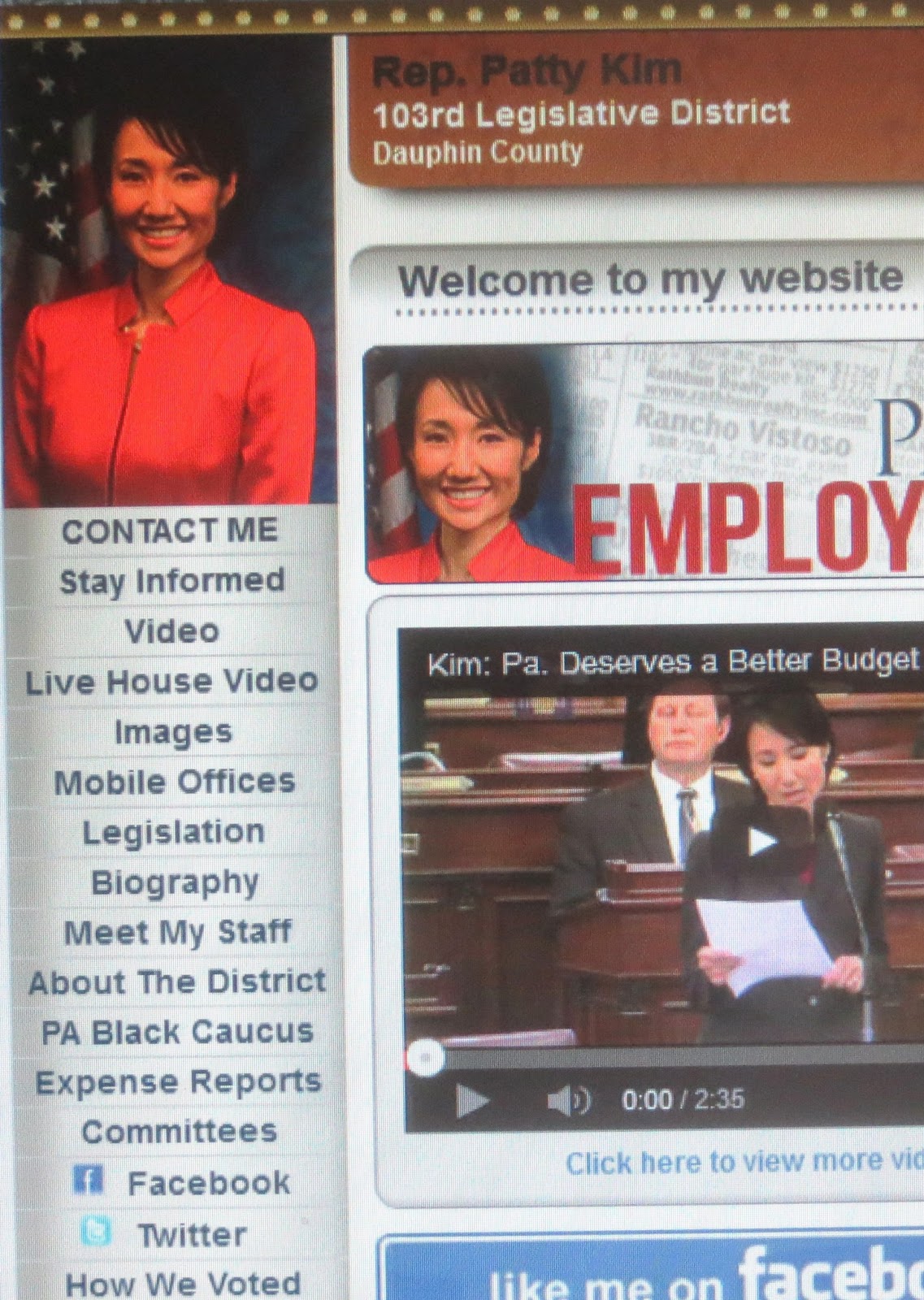 Last week, after I discovered that many Democratic and GOP members of Pennsylvania's legislature voluntarily posted their office expense reports on their official web sites, I blogged about this terrific transparency.

Thanks to a story by Frank Pizzoli in the Central Voice newspaper, I learned that a straight Democratic member of the state House of Representative, Patty Kim, joined the ranks of those sharing expense reports with taxpayers on her site, pictured. She links to her reports in the left sidebar. No need to file a public records request!

I lauded Kim and other Pennsylvania politicians for their transparency in a few clicks. 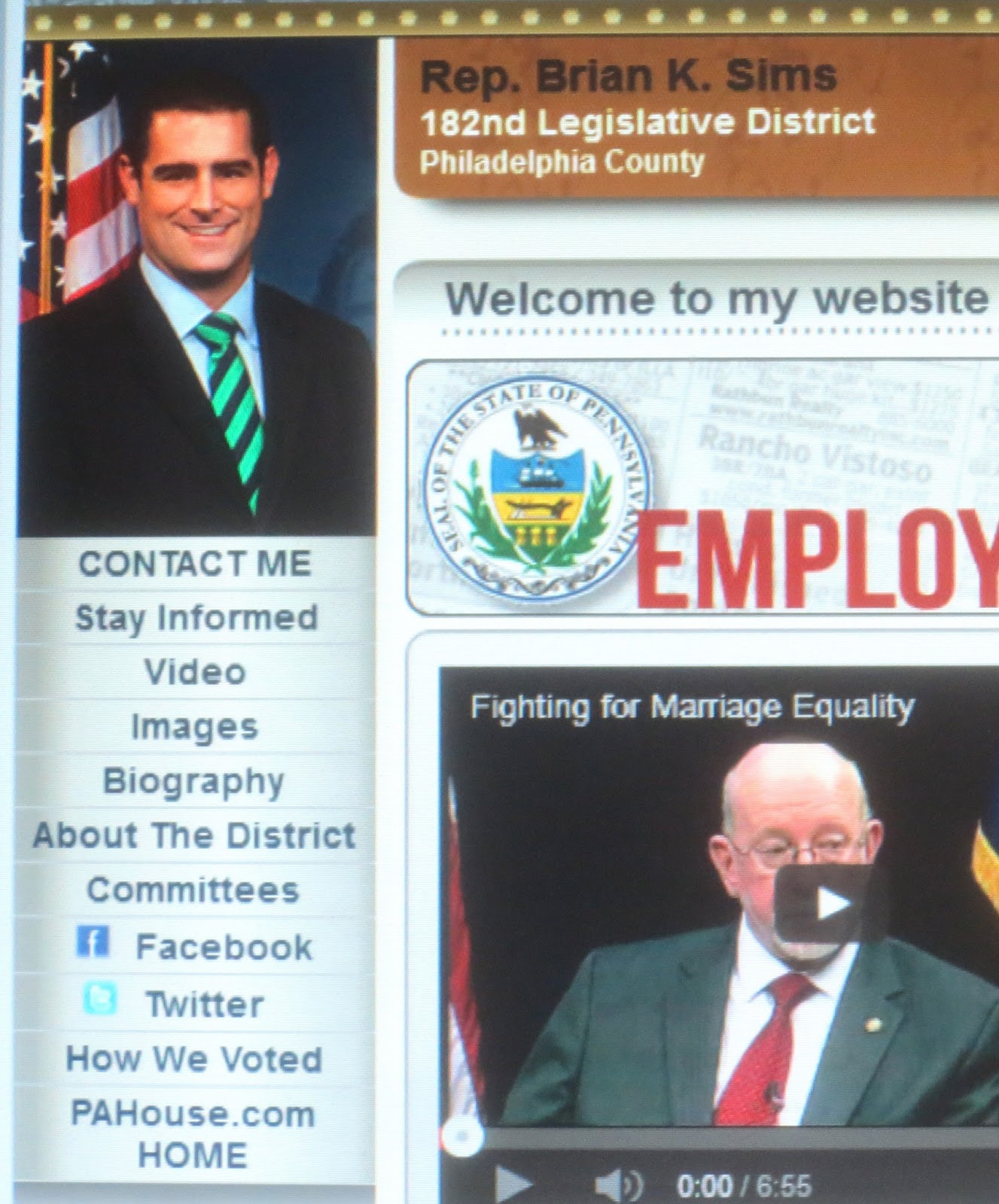 A reader reminded me that there's a gay member of the House of Representatives, Democrat Brian Sims of Philadelphia, and pointed out that Sims does not currently post his expense reports on his official site, pictured.

Over the past week, I've emailed and tweeted Sims, along with speaking to one of his aides, requesting that he get with the voluntary transparency program in his state. So far, I've not heard back from him or his office, and his site has not been updated with expense reports.

I hope this post nudges him to follow the example of Kim and other colleagues, and that we soon see Sims' expense reports on his site for all to read.
Posted by Unknown at 1:19 PM
Email ThisBlogThis!Share to TwitterShare to FacebookShare to Pinterest