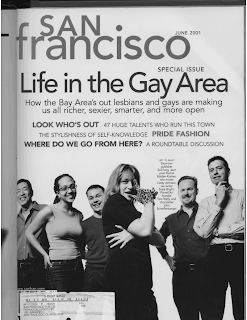 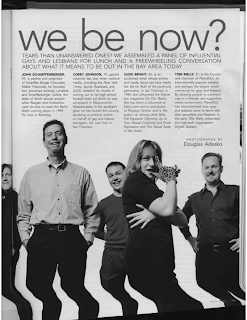 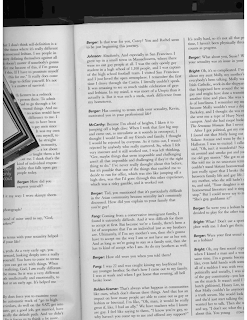 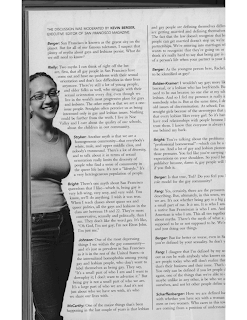 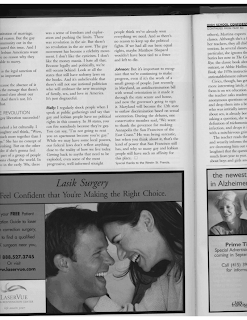 He got his 15-minutes of San Francisco fame back in June 2001. Before settling in Manhattan, Corey Johnson traveled the country and spent some time here.

While passing through, he graced the cover of San Francisco magazine's Gay Pride issue that year and was identified as a "role model". The magazine hosted a gab-fest for (mostly) local queers then printed the transcript. Pretty standard topics broached and comments made.

San Francisco magazine's online archive does not include this issue, so I made a copy at the main library from the paper edition. Included are all of Johnson's remarks.
Posted by Unknown at 11:27 PM
Email ThisBlogThis!Share to TwitterShare to FacebookShare to Pinterest