It was too short. The 37th edition of Frameline came and went all too quickly. Not only do I miss the chance to see lots of queer films from around the globe, but also wish I were seeing old friends and making news ones before and after the screenings. My camera was busy snapping away and I'm sharing the best photos from the festival. 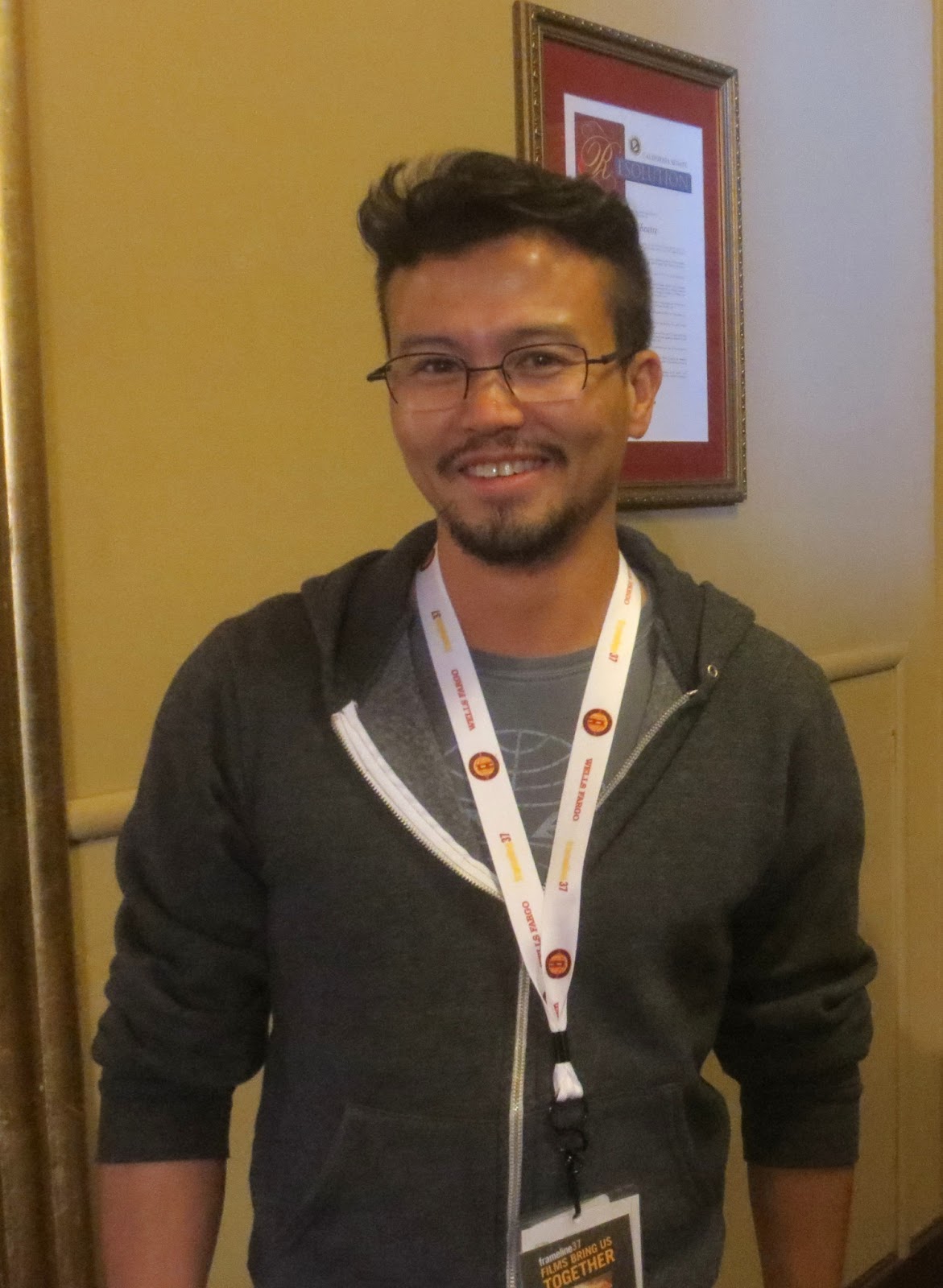 Allow me to introduce you to Daniel Balugay, who is the membership director for Frameline. We first met in the locker room at the YMCA two years ago, and since I didn't catch his last name at the time, I found his staff bio and learned it. How cool is it to have G-A-Y as part of your legal name? Very. 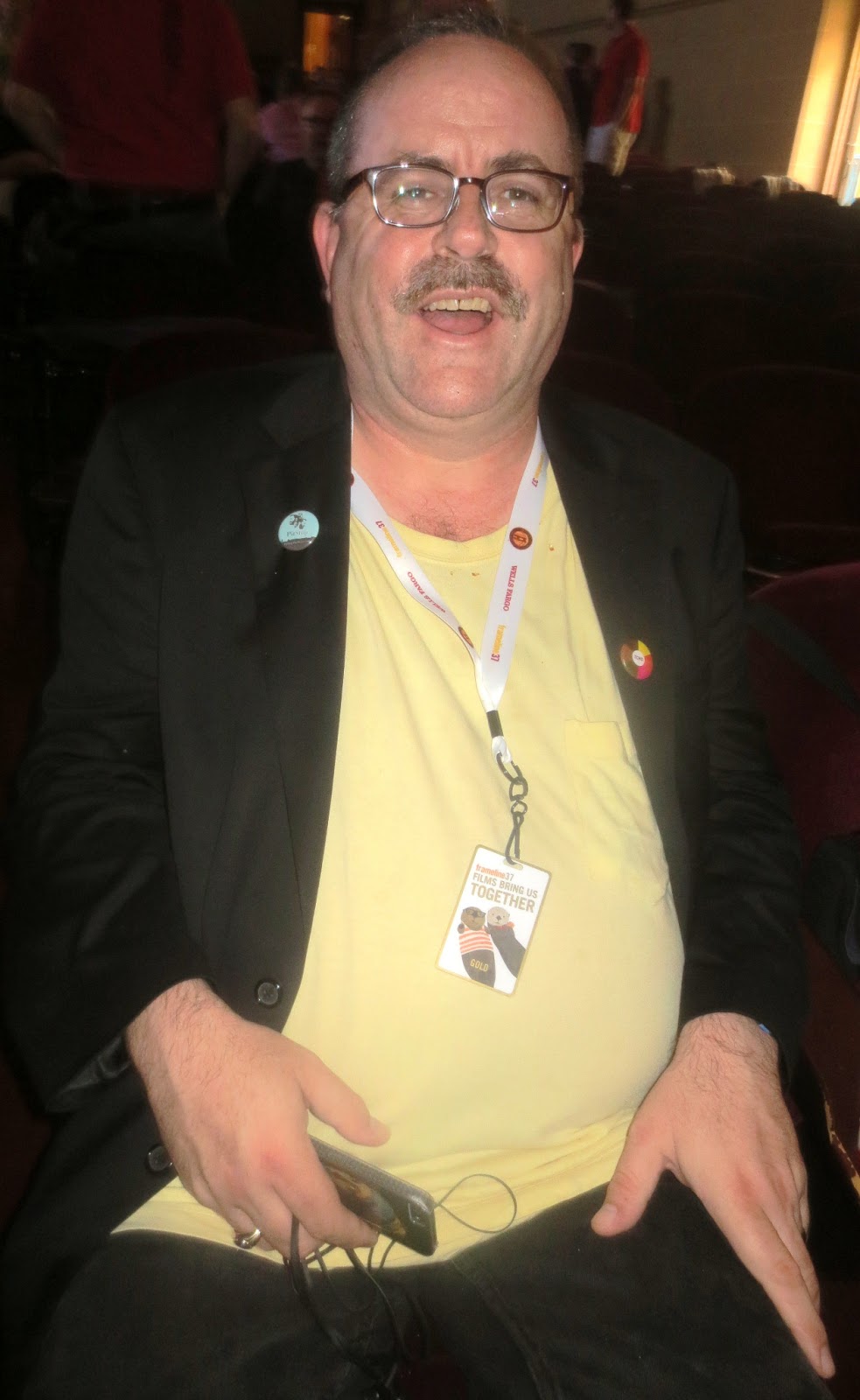 This is my friend Bill who was attending Frameline 37 with an all-access pass. Such a handsome and happy homo, he was practically living at the Castro Theater, down in the right-side third row of the orchestra, on the aisle. Bill needs to get with blogging and passing along his thoughts on the queer movies he saw.


That's Antonio Hens on the left, another handsome homo, answering a question about his excellent film "La Partida", which has been picked up for U.S. distribution. Be sure to catch it when it plays in your area. On the right is Frameline's director of programming Des Buford, and she is one of the best facilitators I've had the pleasure of watching conduct a successful Q&A. She had a terrific smile and friendly vibe. Des kept her mike-time short, about the film and the director, urged folks in the audience to stand when asking a question, and helping out the Spanish director when he couldn't find the right word. 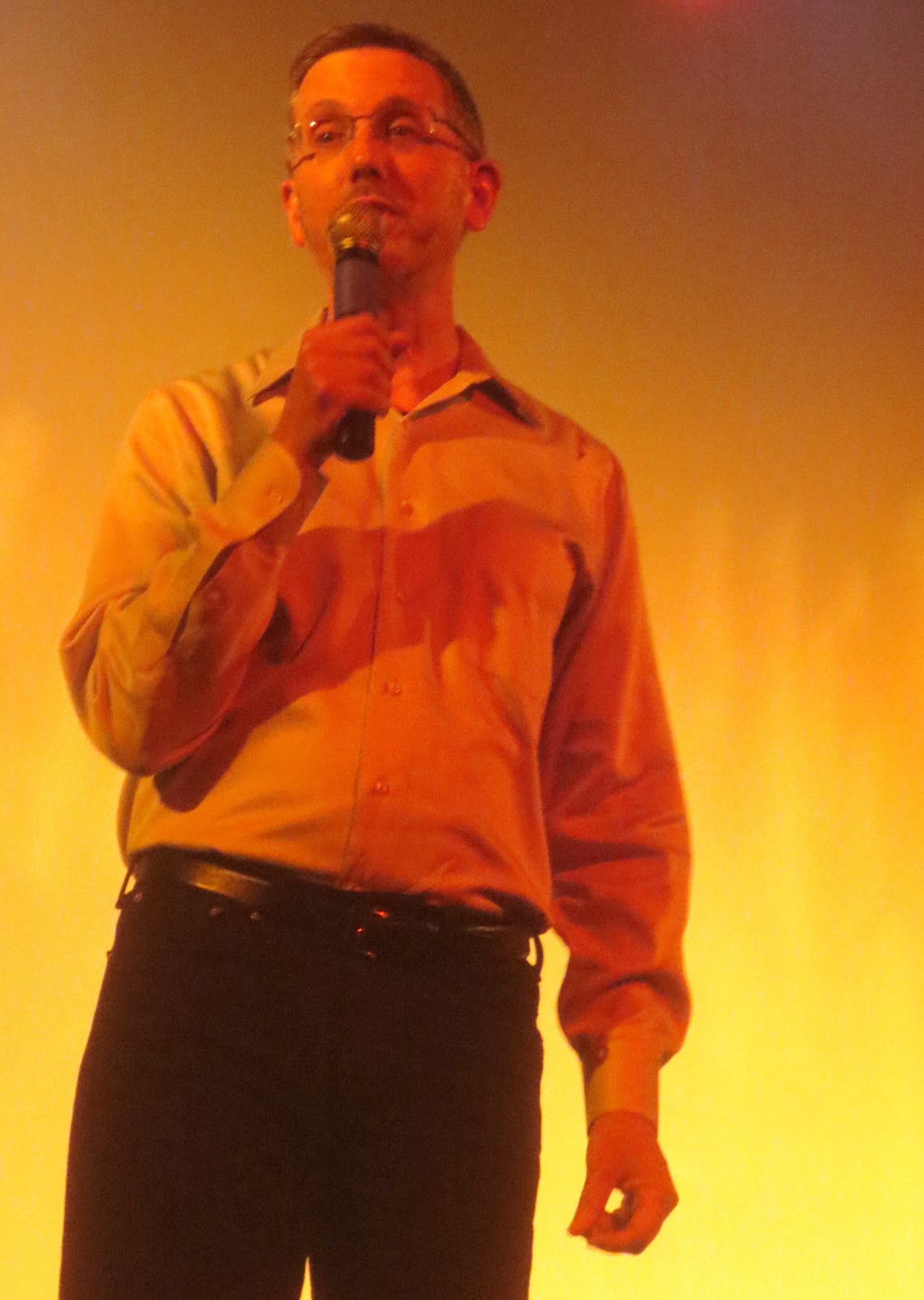 The good-looking Gerard Koskovich of the GLBT Historical Society, which had a strong hand in bringing the fantastic doc "Lewd and Lascivious" to fruition, made short remarks before the screening began. He stressed the importance of preserving our history, putting it up on the silver screen and supporting the society's vital work. 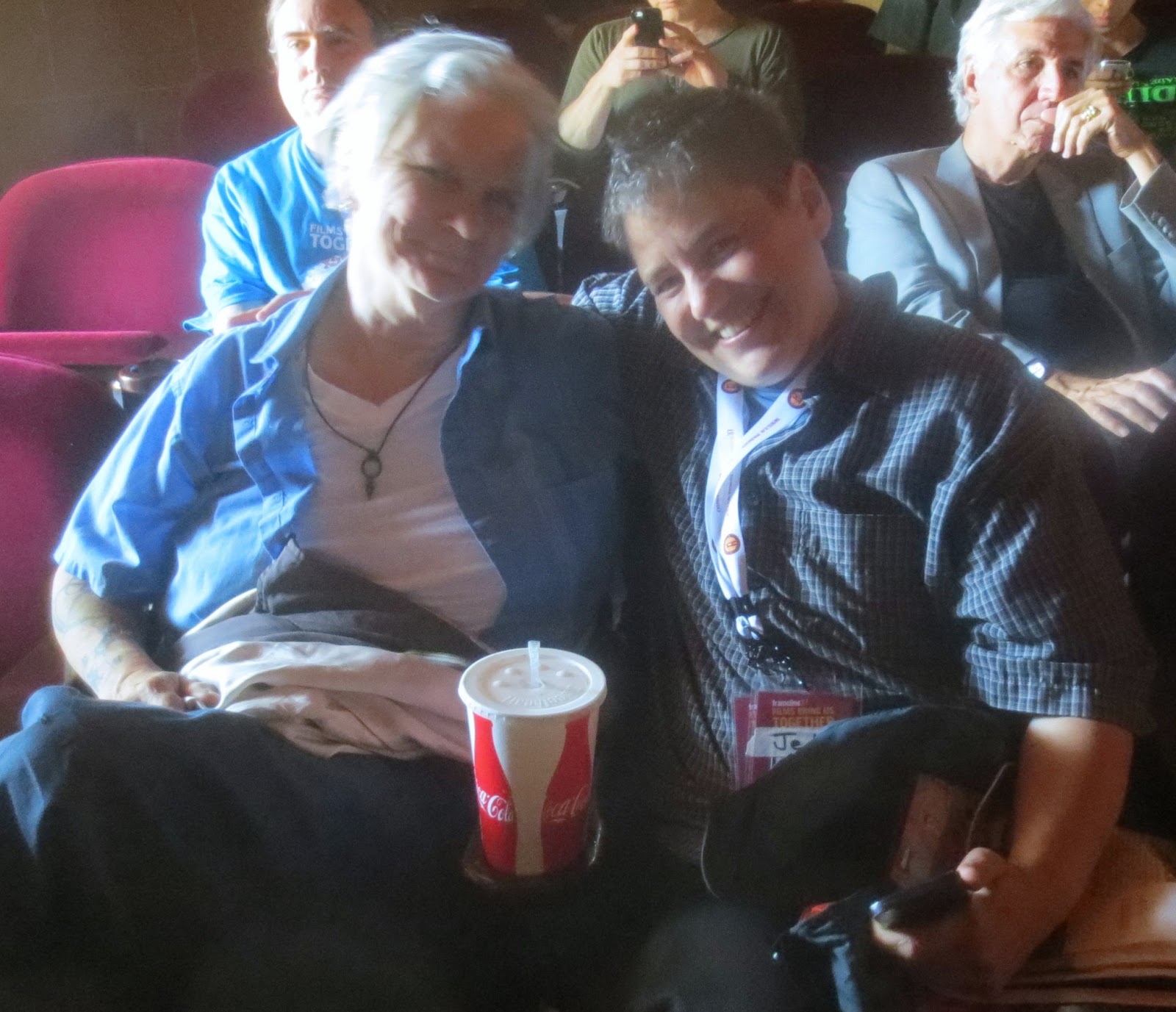 Look at this happy couple. On the right is my adorable friend Jed Bell, whom I met in the winter of 1992 when I was organizing the ACT UP/Presidential Project in New Hampshire and he was a member of nearby ACT UP/Maine. Jed has his arm around his equally adorable sweetie Rikki. We had just seen, and all greatly liked, the "Gore Vidal: The United States of Amnesia" documentary. 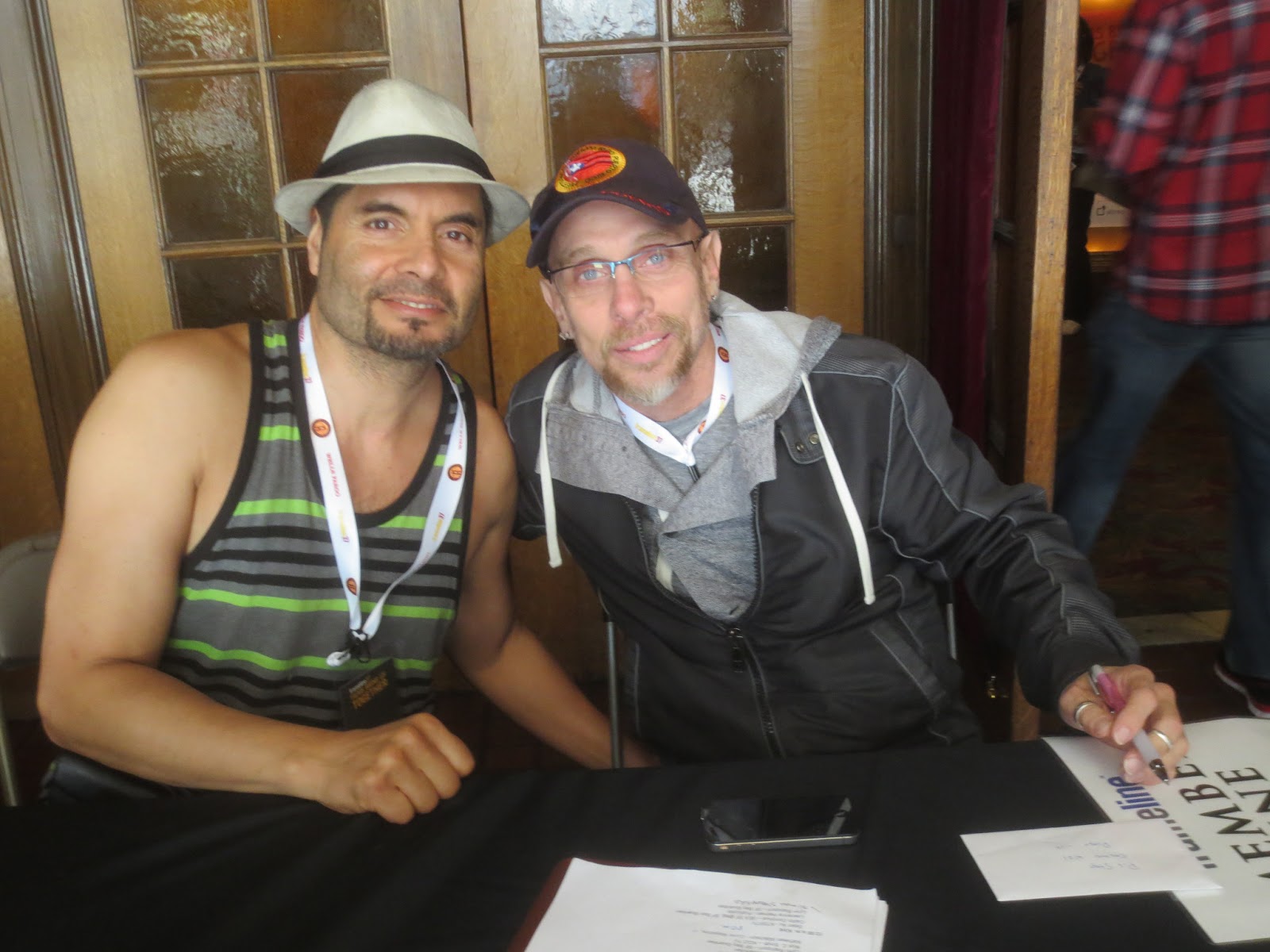 The folks handling public relations, from everyone at Larsen and Associates to the stylish and sexy Frameline publicity volunteers Lee Jewell, on the right, and Steve, in the tank-top, went above-and-beyond taking care of this blogger's needs.A shout-out to these and all volunteers who kept lines organized or moving, oy, were there lines for everything at the Castro and Victoria Theaters, and making the festival so enjoyable and full of fun. 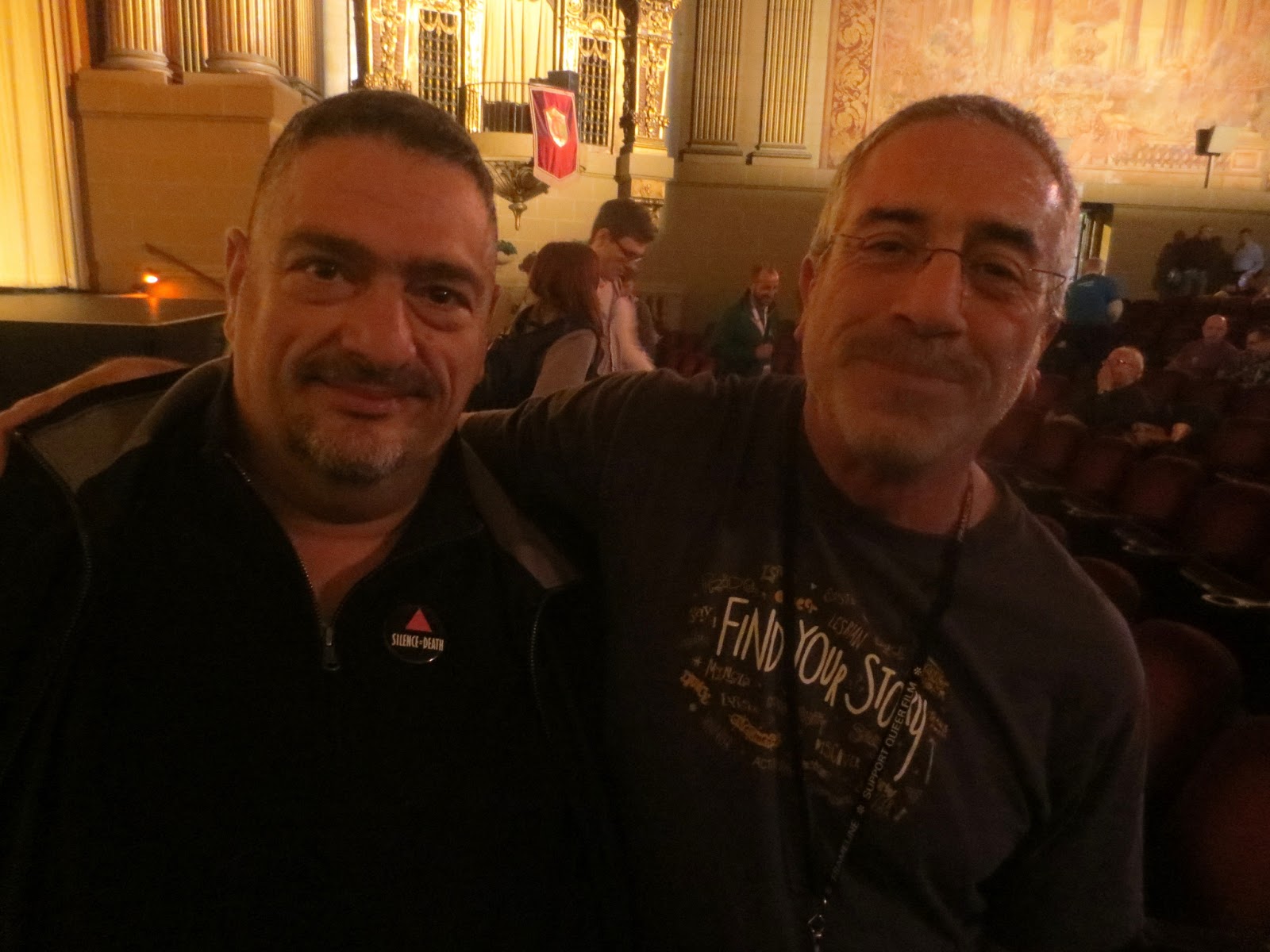 My one-time political sparring partner from ACT UP/Golden Gate days in the late 1990s, the fine Rick Solomon, was at many of the same screenings I attended. Rick handles IT needs for Frameline and was full of info and opinion about films he saw that I missed. Another friend who should be blogging. It was wonderful to catch up with him and hope to run into Rick again at more movies.

And how was your Frameline 37?
Posted by Unknown at 7:47 PM
Email ThisBlogThis!Share to TwitterShare to FacebookShare to Pinterest