Another week of hot days and cold nights in San Francisco, another week of snapping photos of attractive dudes in all their fineness regardless of the temperature. As always, big thanks to all the guys for gracing the lens of my camera. I couldn't continue this series without you! 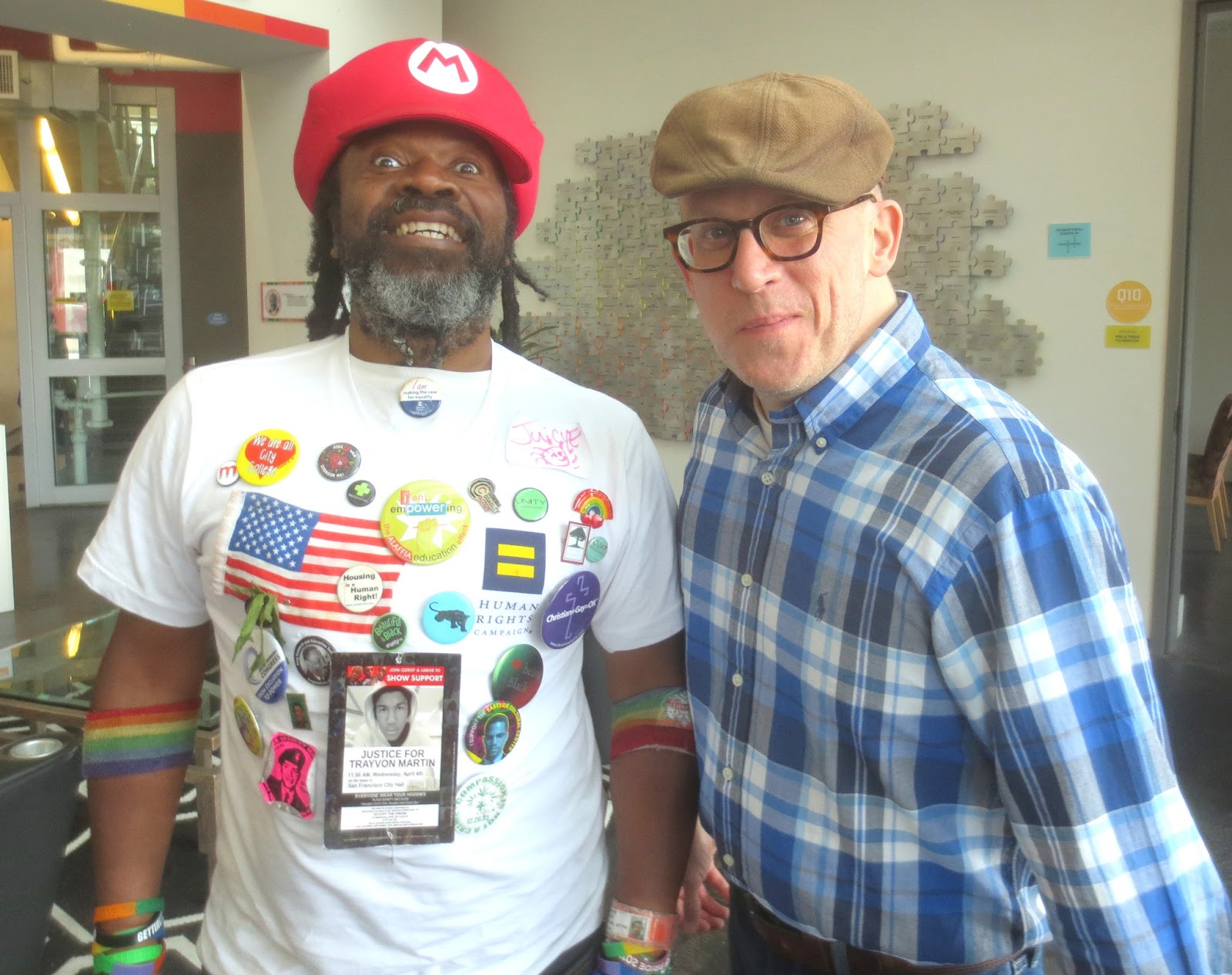 Here's my friend Edward, who can usually be seen and heard making public comments at Board of Supervisors' meetings on Tuesdays at City Hall, showing off his political buttons and logos. With him is my pal Patrick, who works in the legal world and has a terrific Twitter feed well-worth reading. 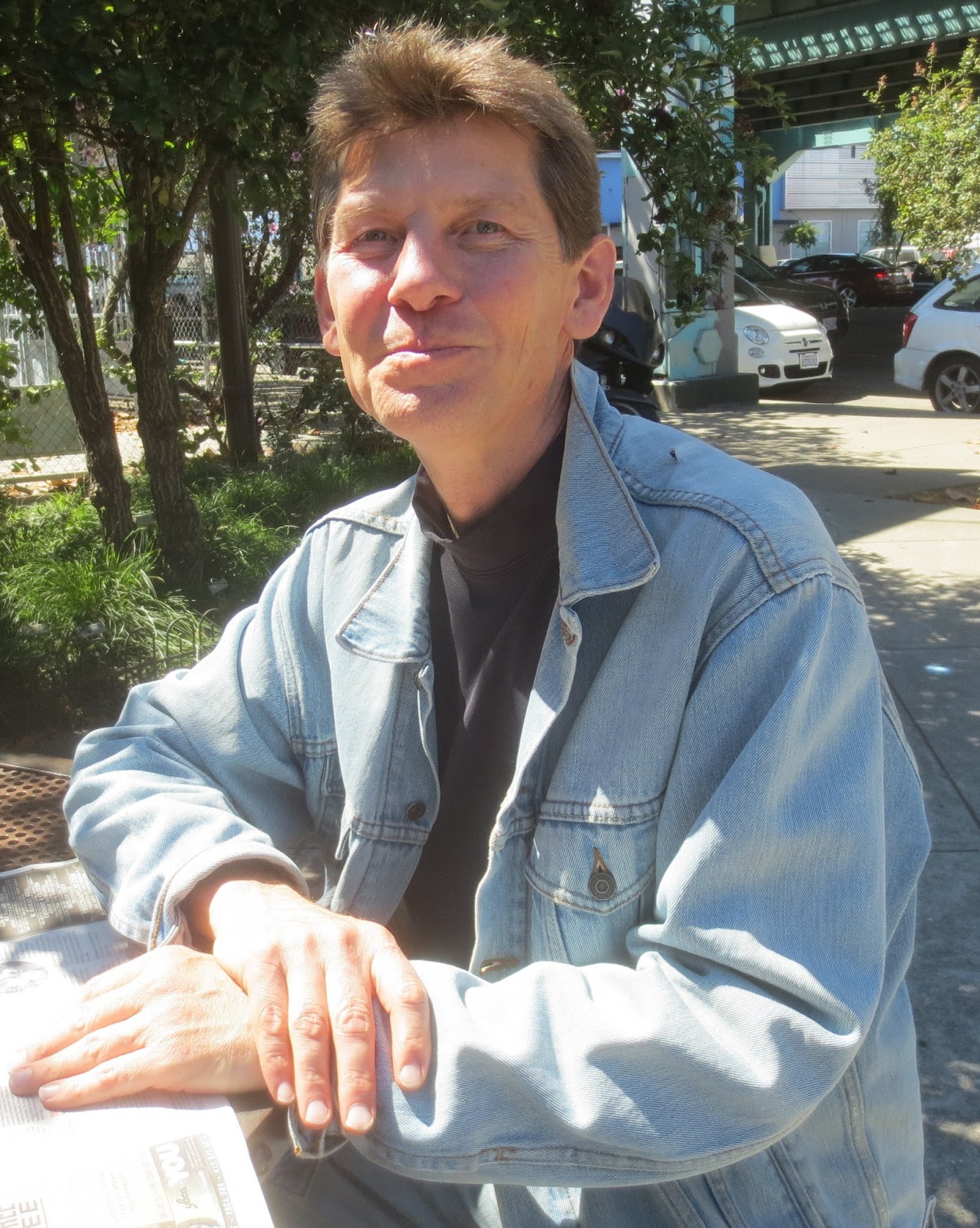 Mark is the dean of Bay Area lawyers who has represented lots of radicals from across the ideological spectrum and provided expert advice to colleagues, and a fun guy too. I ran into him at Rainbow Grocery this week and he gave me his handsome smile for this photo. 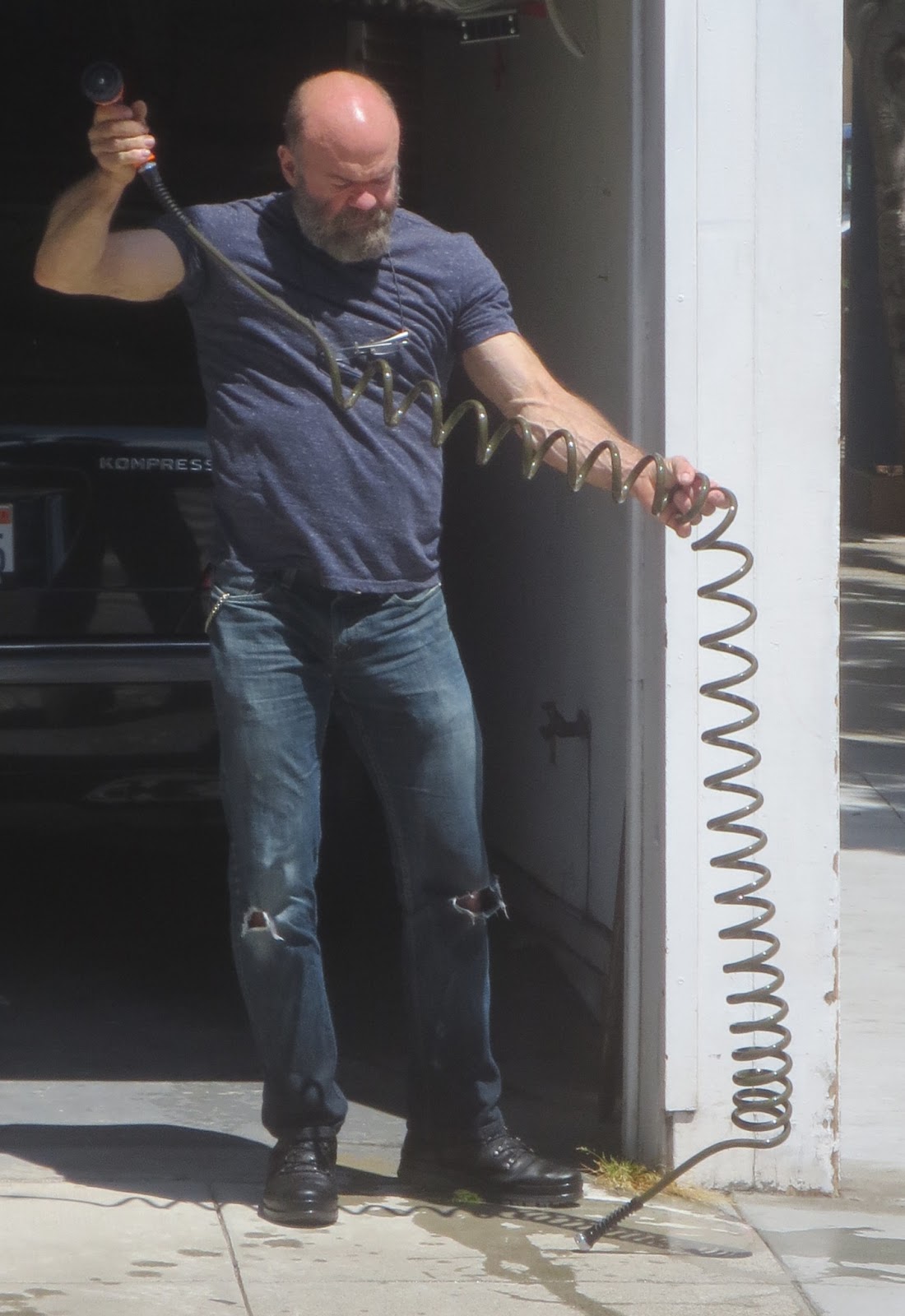 This furry fella with the bald-on-top look was seen in the Haight, after he had watered the flower beds in front of his condo. 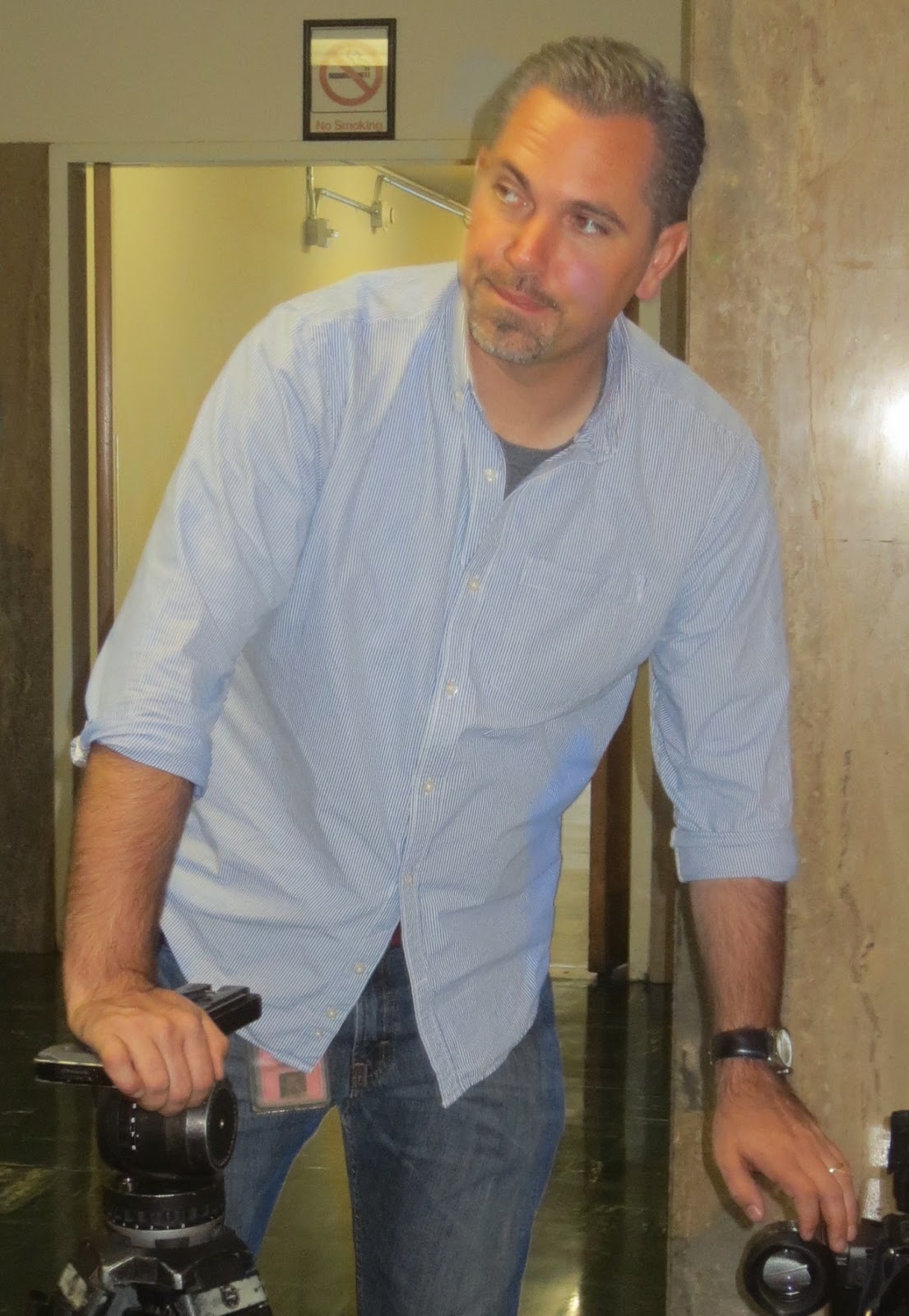 Say hello to the KTVU cameraman who was at the police department's permits hearing where a bathhouse application was on the agenda. 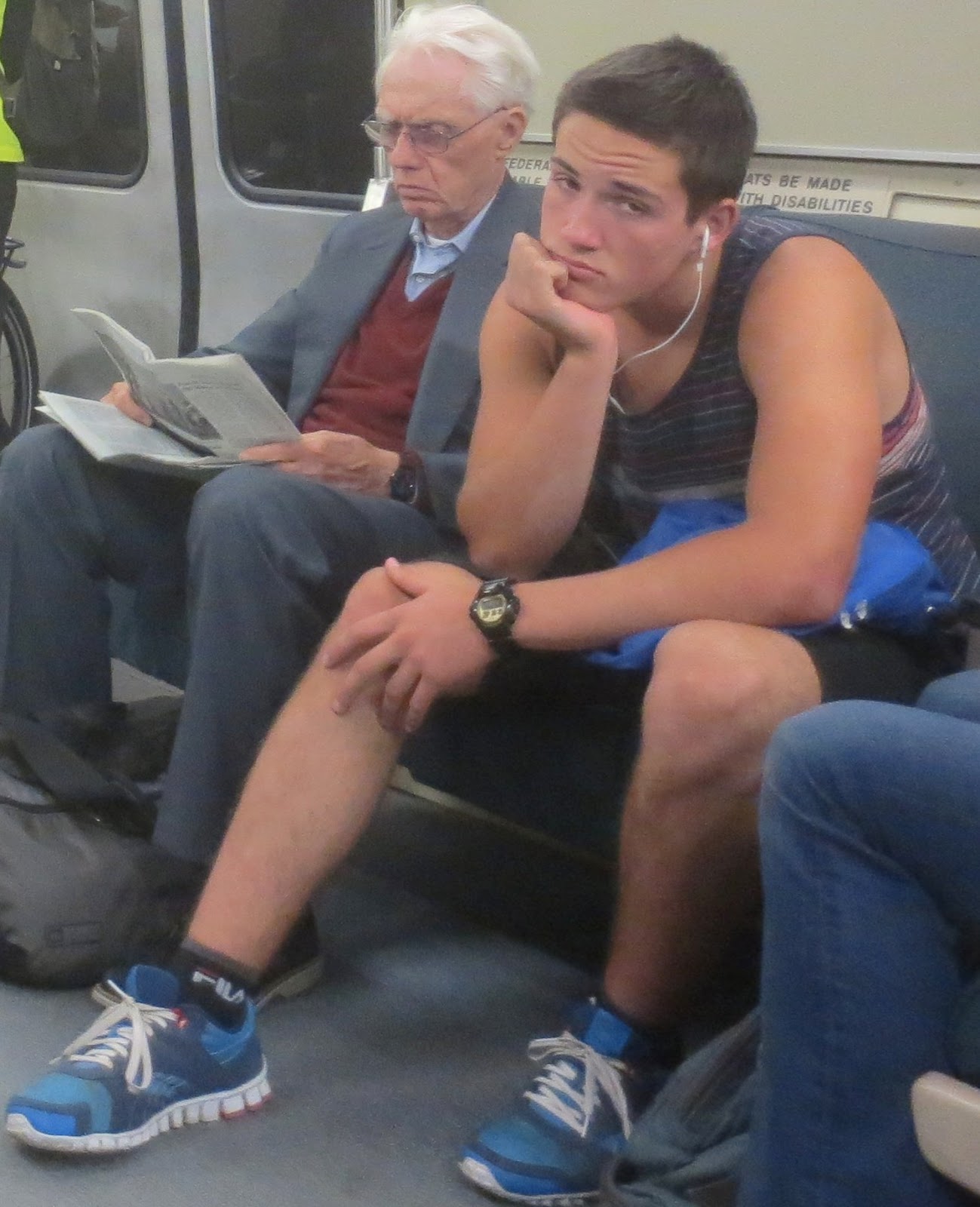 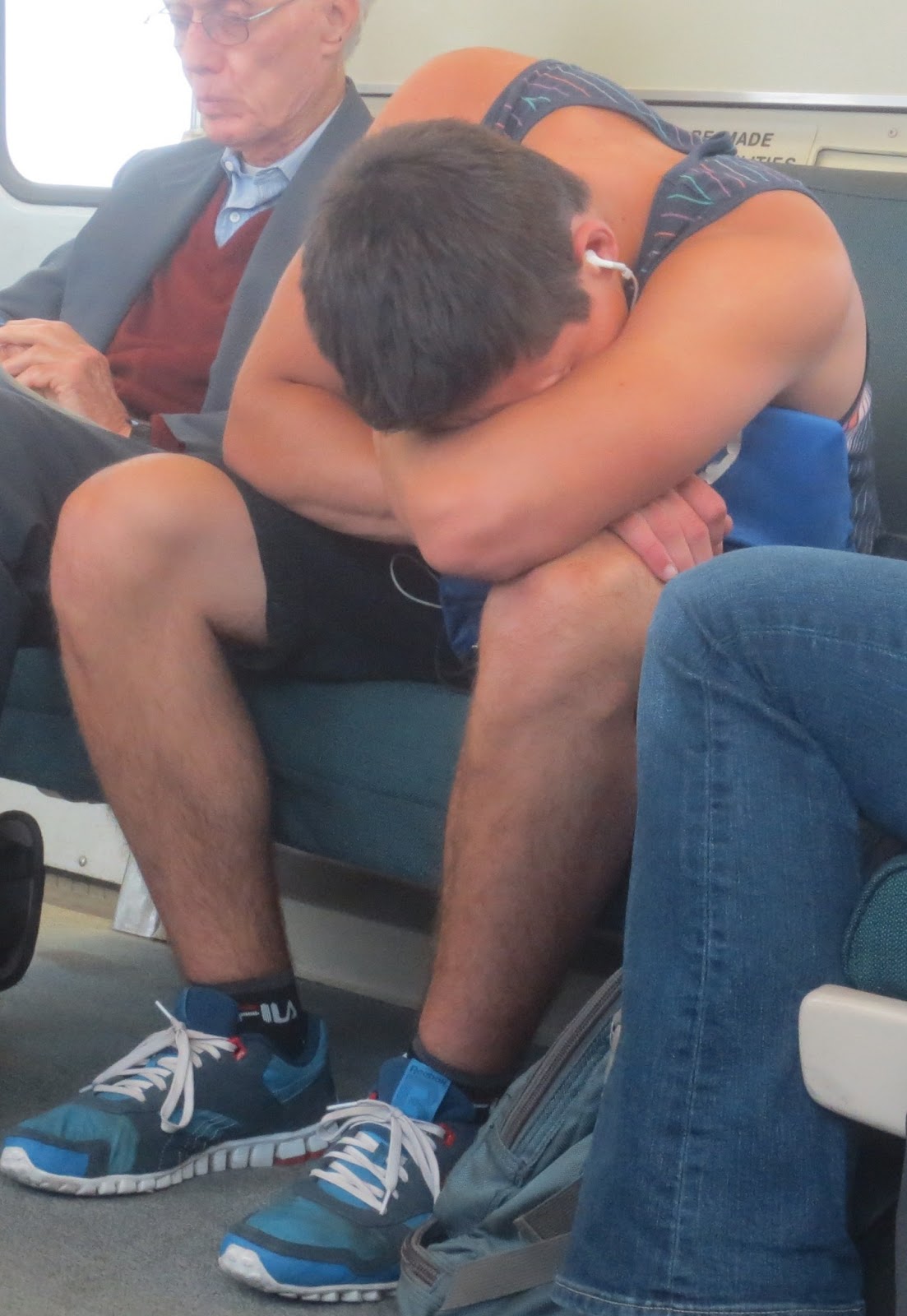 When he got on the BART train at Civic Center, this boy gave off vibes that said he was having a long and lazy day. Whatever music was streaming into his ears, I'm sure it was low-key, just like him.
Posted by Unknown at 9:20 PM
Email ThisBlogThis!Share to TwitterShare to FacebookShare to Pinterest