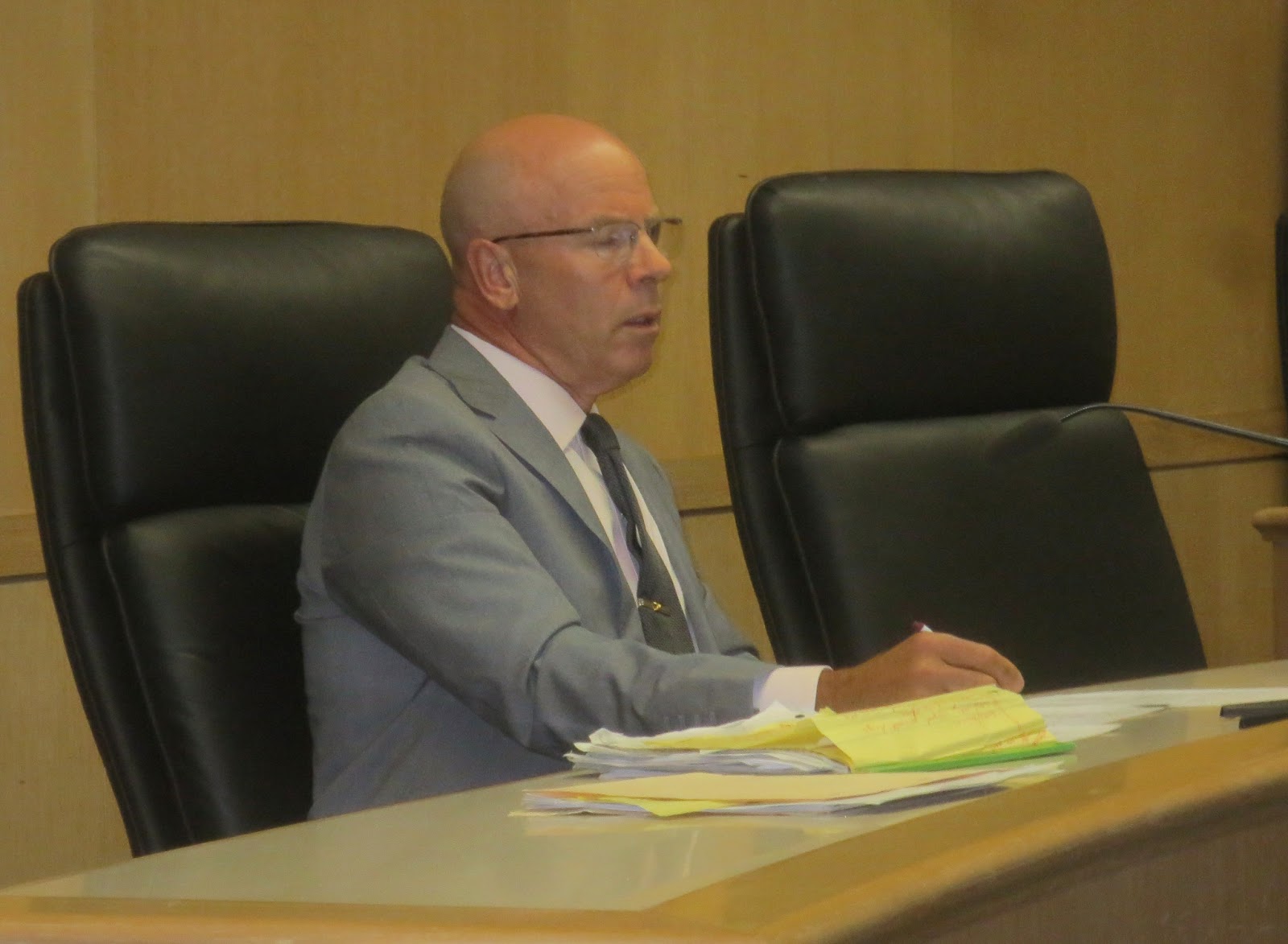 The San Francisco Police Department's permit division's weekly hearing yesterday was conducted by only one officer, Sgt. William Coggan, pictured. I had expected a small panel to consider all permit applications, but was wrong in that assumption. 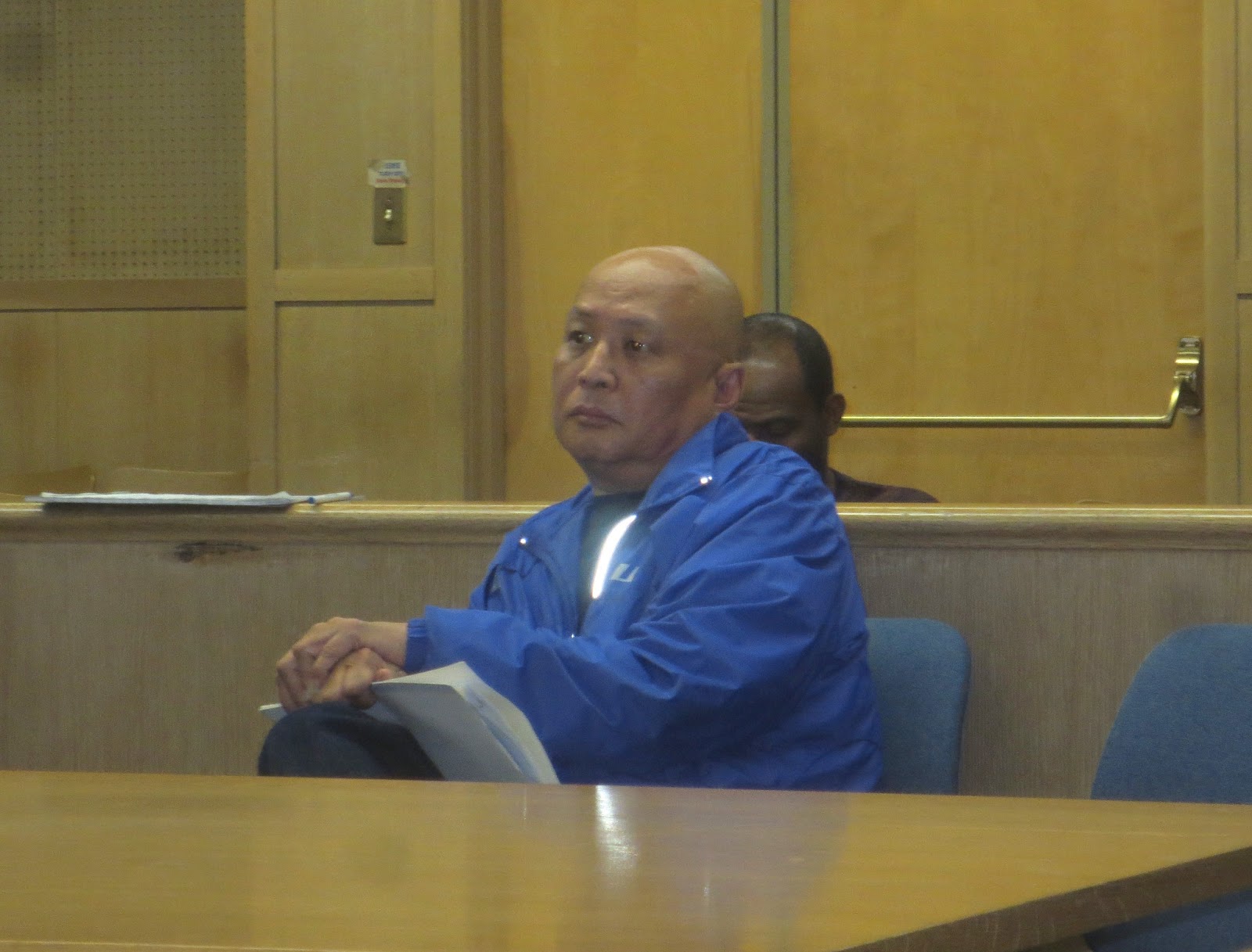 On the agenda was a bathhouse application from Jerry Chow, pictured, owner of the Palm Tree Massage business on Valencia near Market Street.

According to a story by Dan McMenamin of Bay City News, via the SF Appeal, Chow "was told that his permit would likely be denied because of a prior criminal conviction he failed to disclose on the permit application. Chow declined to say what the conviction was, but said 'it has nothing to do with me being a business owner.'” 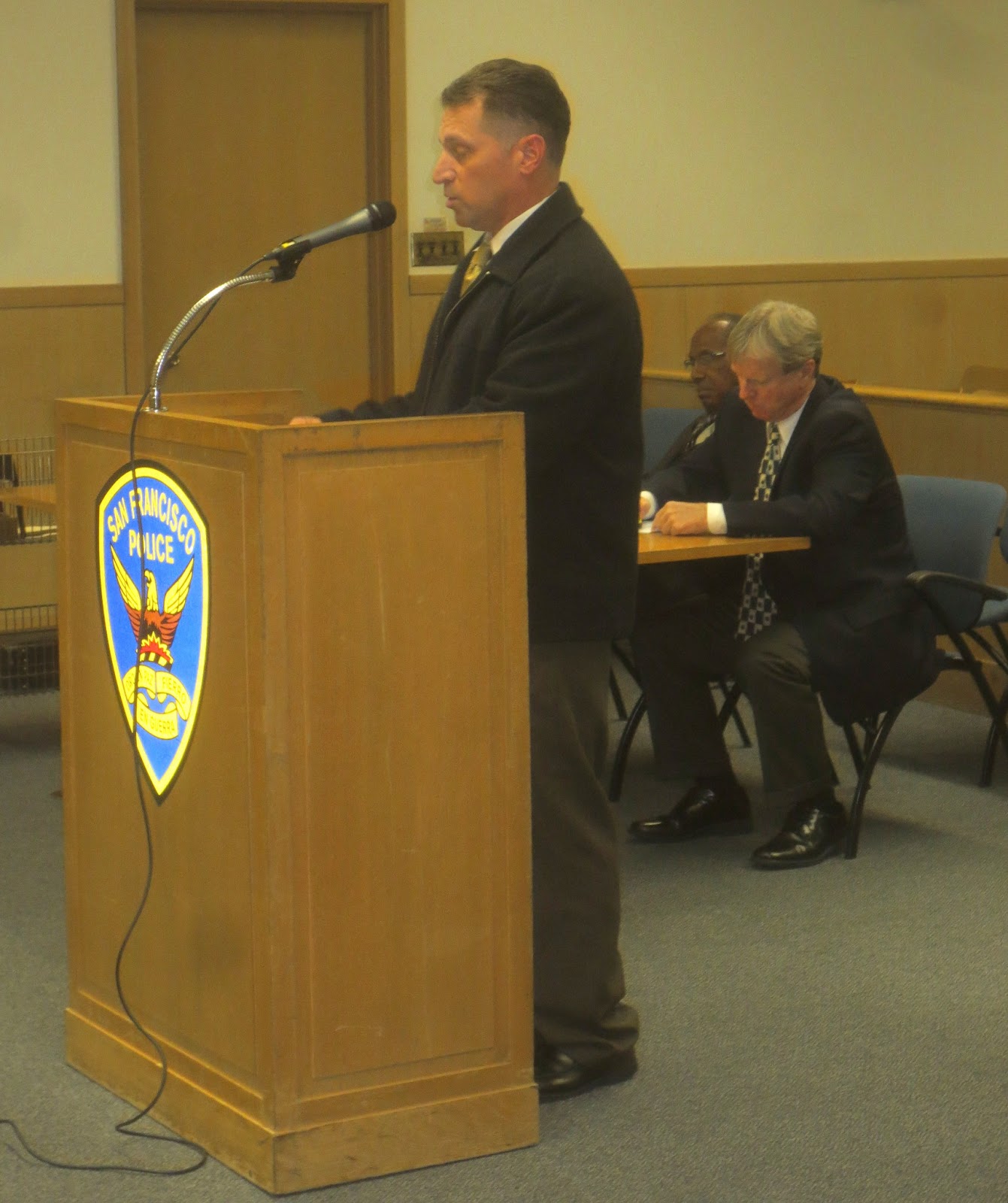 During public comment, I asked Coggan about the bathhouse injunction issued by Superior Court Judge Roy Wonder in November 1984 prohibiting such commercial venues, which is still in effect. Coggan was not familiar with it, copy was not available and he directed the investigator, police officer Brian Peagler, pictured, to obtain the injunction from the City Attorney, Dennis Herrera.

The absence of the injunction on paper for Coggan to review and take into consideration, was a reason why no final decision was made.

I also remarked how strange it was that the department's investigator spoke only about Chow's criminal record and said nothing about HIV and AIDS and high-risk sexual activity prevention being a factor in the application process, since they are integral components to the injunction. 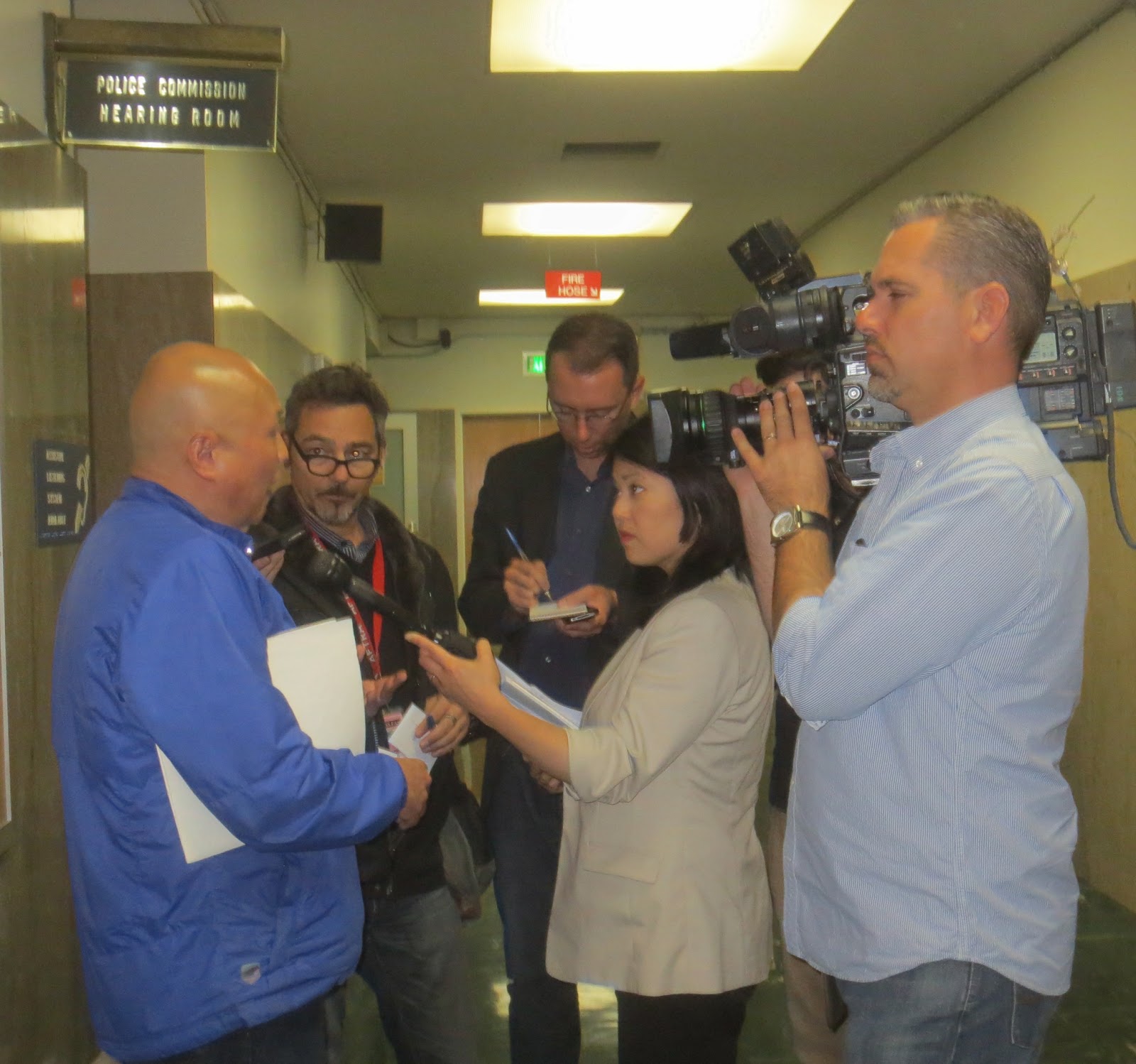 After Coggan continued Chow's application until August 7th, Chow spoke with the Associated Press, the Bay City News, the SF Examiner and KTVU. At next month's hearing, there will two additional bathhouse applications on the calendar. Very curious to see how these attempts to obtain bathhouse permits by massage parlor owners plays out.
Posted by Unknown at 5:29 PM
Email ThisBlogThis!Share to TwitterShare to FacebookShare to Pinterest

I'm all ears. Please tell me about the expiration of the injunction in 1989. If true, that is good news.