Please join me as the next phase of my effort to run for District 8 Supervisor unfolds in the heart of Castro gayborhood on Saturday, April 5 at noon, and I begin soliciting funds. 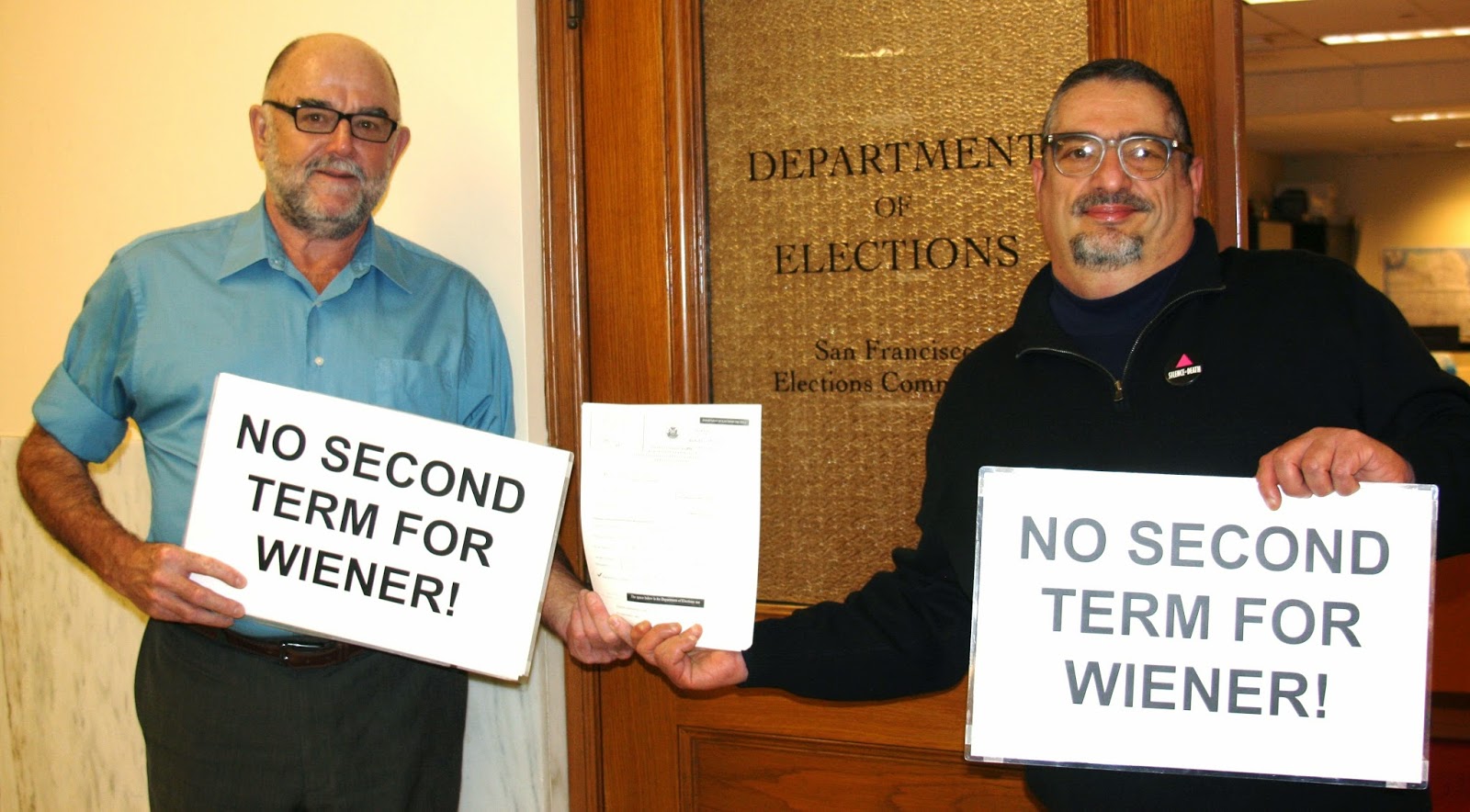 (My life-partner of 18-fabulous-years, Mike Merrigan, and I at the Department of Elections when I pulled the papers to run for political office.)

This coming week, I'm taking care of setting up a committee and following the campaign finance rules of the Ethics Commission, establishing a bank account and method of accepting online donations, creating a Facebook page and other social media outlets, and working to meet my first goal for getting on the November ballot: raising $500 for the processing fee.

Details about how to donate, along with more info about my platform and other important matters will be announced at the April 5 campaign kickoff outside the public toilet kiosk at Jane Warner Plaza, located at Market near Castro Street.

This spot was chosen because it enables me to highlight a few of my concerns:

Increasing the number of public toilets, addressing safety issues for transgender people in lavatories, opening public bathhouses for homeless people and freeing the libraries of patrons bathing in sinks, decreasing the risk of disease and unsanitary conditions from human defecation and urination on City streets. We must also remember not to waste water during times of drought or when we are flush with rainwater in reservoirs. 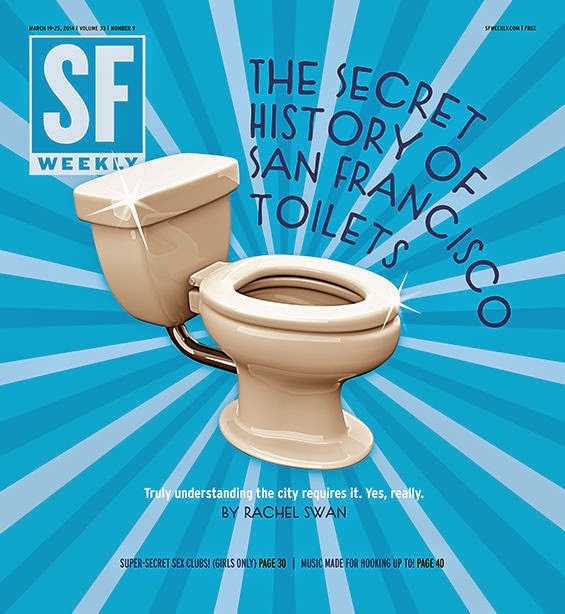 Given the recent and prominent focus of local mainstream and alternative news outlets from the SF Chronicle to the SF Weekly on public restrooms, I am persuaded that pee-and-poop issues are a top quality of life concern for District 8 residents.

Under the P-Party name, I intend to build name-awareness among voters and highlight important concerns such as reclaiming public property from private merchant organizations, probing wasteful use of public funds at nonprofits, and enhancing civic engagement at City Hall and government commissions with new rules for public comment time.

Other pertinent P concerns are public housing that is affordable for low and moderate income people, public health-care delivery scrutiny through more transparency thanks to my campaign to get Department of Pubic Health meetings aired on TV, and peas as in food security for all persons. Oh, I'm also hoping to receive the endorsement of the influential League of Pissed Off Voters of San Francisco.

There's also that very unplanned photo-op I had with the incumbent, which led to him abuse the power of his office to exact a legal vendetta against me that cost the City $26,000, an incident that the press won't let me forget. But my campaign is so much more than addressing that unfortunate case. Check out my announcement in November about this effort, to learn more about my platform.

I hope to see you this Saturday at noon at Jane Warner Plaza in the Castro!

Posted by Unknown at 11:42 AM
Email ThisBlogThis!Share to TwitterShare to FacebookShare to Pinterest