When I spoke with San Francisco Mayor Ed Lee's point-person on homeless issues, Bevan Dufty, on Monday about the recent dehumanizing photos in the SF Chronicle of homeless people using the public restroom at the main library, I didn't put much stock in his promise.

He said, and then also put it in writing, that he would take action by Tuesday morning regarding my plea for him to take a stand against the stalking of homeless folks by Chronicle photographers, all in the name of the paper writing articles about penalizing homeless people breaking laws and the code of conduct at the library while the journalists themselves violate laws and rules. Bevan wrote:

I will follow up on this tomorrow. I will also connect with the Mayor's staff person who is taking the lead on this issue. You will hear from me tomorrow late morning.

He also shared a tweet of mine about the matter:

Here it is four days later and Bevan didn't keep his promise to me. OK, what's one more public official not keeping a promise to this blogger? A big yawn, but on the matter of SF's Homeless Czar being an independent advocate for the homeless folks regardless of the powerful institutions like the Chronicle stigmatizing them, well, Bevan is not that advocate. 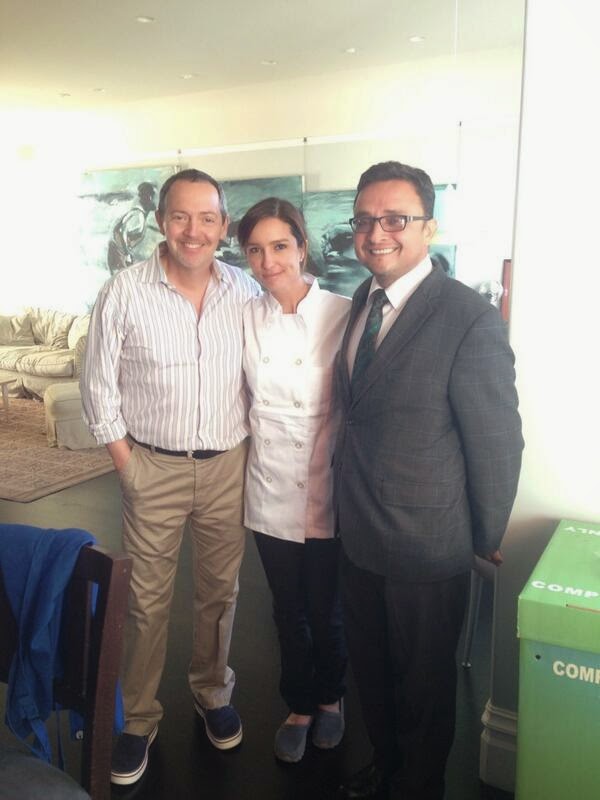 While he didn't have time to keep his promise of delivering a statement over the photos, he had plenty of free time to host a fundraiser for his friend David Campos and his campaign for state assembly. Check out Bevan's Twitter feed to learn more about his efforts this week to help Campos move up the political ladder.

This photo showing Bevan on the left, a chef for the catered political party, and Campos on the right, is credited to Sofia E. Kleck.

And the beat goes on . . .
Posted by Unknown at 1:29 PM
Email ThisBlogThis!Share to TwitterShare to FacebookShare to Pinterest