Protocol Chief Charlotte Shultz Doesn't Get Tough - Her Lawyer Does

Here's the latest twist in my accountability campaign regarding the City money that flows to the San Francisco Host Committee, headed by Charlotte Shultz, for official duties related to her position as the Protocol Chief even though a voter-approved ballot proposition outlawed allocating City dollars for such purposes. 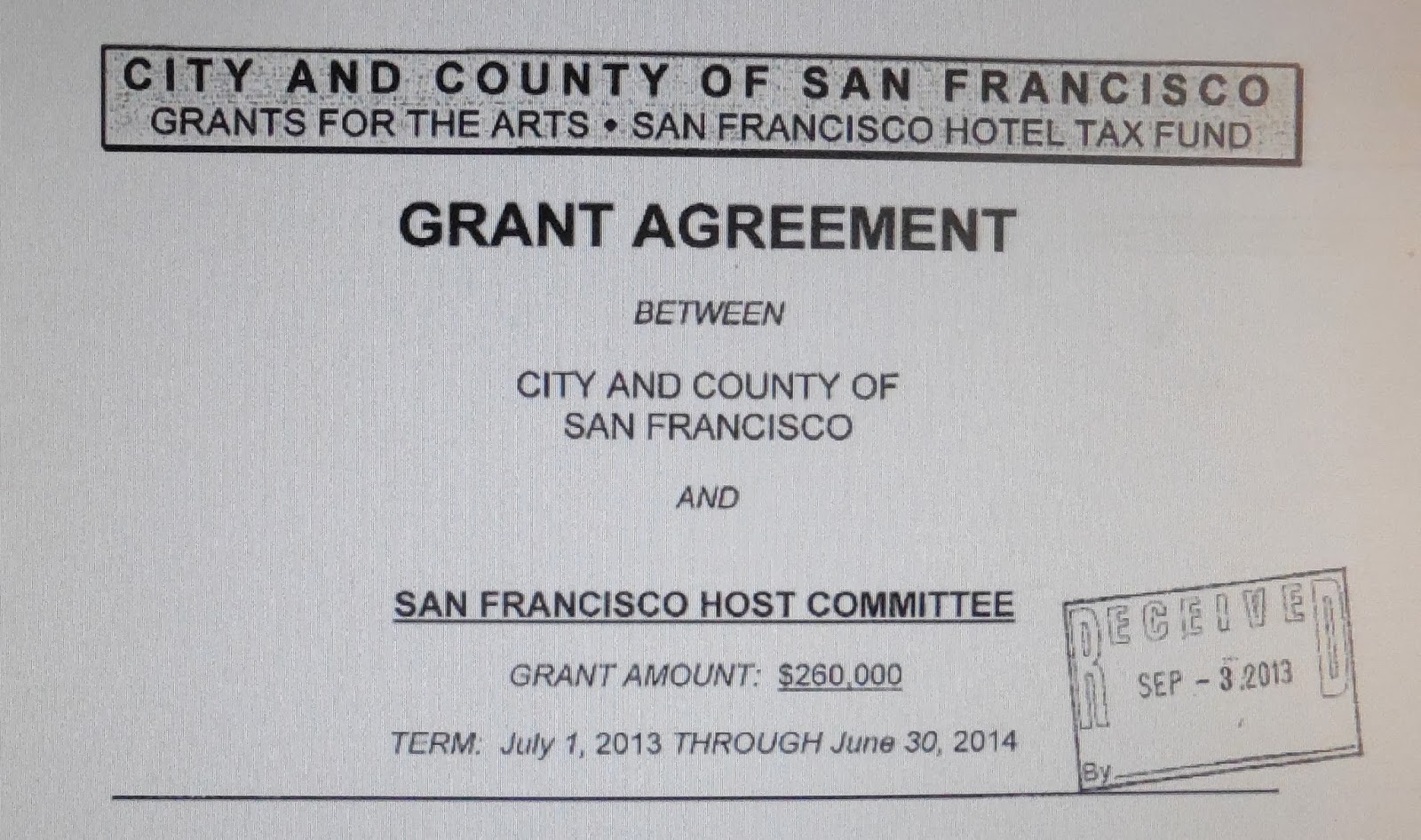 I have evidence from the SF General Services Administration showing that since 2009 Shultz's nonprofit committee has annually received $250,000 from the City, with that amount rising to $260,000 for 2014. The GSA is the City agency that oversees Shultz's grants. I've made numerous phone calls to the financial officer of the nonprofit asking if they've adhered to the municipal nonprofit law requiring groups that receive such amount to hold two public meetings each year. My vmails have not received a reply.

I filed a complaint with the Sunshine Ordinance Task Force because I could locate no proof that Shultz has ever held a public meeting and followed the nonprofit statute's requirements. 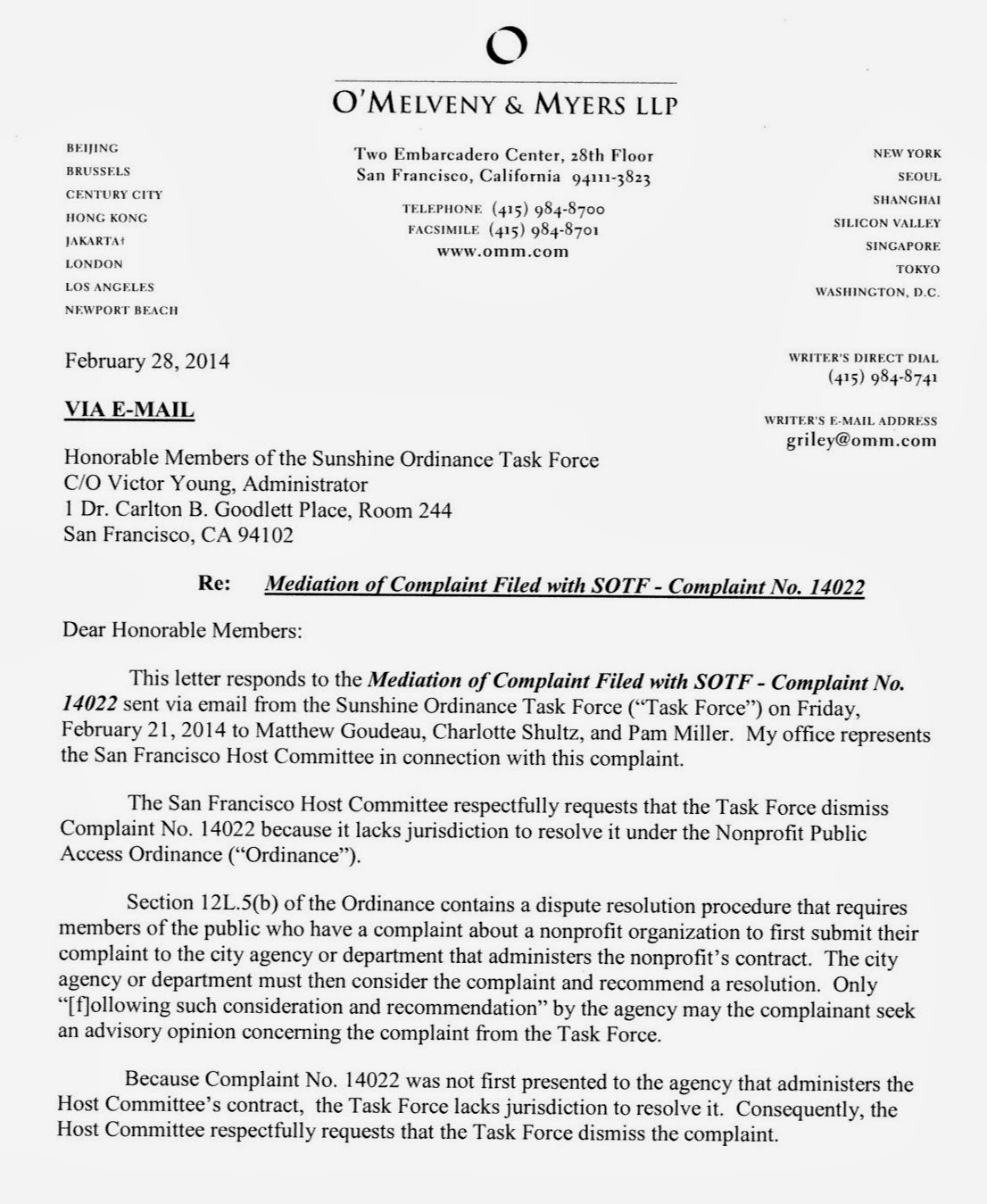 In response, Shultz's lawyer George Riley of the O'Melveny and Myers LLP firm got tough with the task force and wrote to them saying the complaint should be dismissed because I've not first filed a complaint with the GSA. Riley does not dispute my allegation that Shultz has broken the nonprofit law because she's willfully ignored the mandate to hold public meetings. Not one word is said about any meetings, I guess, because there have been none.

This week, I did make a complaint to the GSA about this and they hope to get me a substantive answer early next week.

I've also instructed the task force to move my complaint forward for a hearing about this important sunshine matter. If Shultz and her lawyer Riley have evidence they've met the requirements of the nonprofit accountability act and conducted two public meetings annually, they can present it to the task force.

There's also the matter of these $250,000 annual grants violating the ballot proposition barring City money from being spent for any duties of the Office of Protocol, that should be raised with the City Attorney's Office. More on that and related issues next week.

Posted by Unknown at 12:42 PM
Email ThisBlogThis!Share to TwitterShare to FacebookShare to Pinterest