Back in December, health beat writer Erin Allday for the San Francisco Chronicle wrote a profile of AIDS political animal and doctor Eric Goosby, upon his retiring from the as USA's HIV ambassador and returning to UCSF, and I kvetched that she should have included the voice of a people with AIDS or two.

This past week she extensively quoted a long-term AIDS survivor and treatment activist, and friend of mine, Matthew Sharp, and I just want to now sing her praises for putting such a necessary and vital voice in her reporting. Good job, Erin! She wrote the paper's lead story on March 6 about some preliminary and hopeful news out a scientific meeting in Boston:

Scientists safely implanted into HIV-positive patients immune cells that were genetically modified to resist the virus, and the effect for a few of those patients was a decrease in the amount of virus found in their blood - even after they went off drugs that control their infection, according to a study released Wednesday. [...] 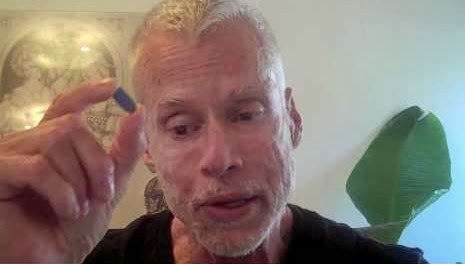 This is the sort of reporting we need more of, where people living with the syndrome are integral to the coverage. People with AIDS visibility aside, it's also terrific to see the word cure discussed regardless of the state of research, because cure is not a dirty word and should be spoken more often. Erin wrote:

Also attending [the Conference on Retroviruses and Opportunistic Infections] is Matt Sharp, a longtime San Francisco HIV/AIDS activist who is HIV-positive and was one of the 12 patients in the gene therapy trial.

Sharp was not one of the six patients who went off antiretroviral therapy, so he doesn't know whether the treatment improved his ability to control the virus, but he said his CD4-cell count doubled, which was a pleasant surprise.

"That was significant for me because I was getting concerned," Sharp said. "It was a pretty shocking result from just one infusion of a gene therapy product."

Sharp said he doesn't expect anyone to develop a cure for HIV anytime soon, but he's feeling positive about some new therapies in development.

"I know that I probably won't live to see a cure, based on what we're seeing so far," he said. "But I may see the day where I can stop my antiretrovirals at least, and be in what's called remission. I really believe that we'll see that day in the not-too-distant future."

Matthew, I agree with you. Getting off antiretrovirals would be such a fantastic development for so many and a great benefit to our bodies. Here's hoping we see that day very soon.
Posted by Unknown at 10:01 PM
Email ThisBlogThis!Share to TwitterShare to FacebookShare to Pinterest

I so hope we all survive a cure. Matt and Michael thank you both for your valiant fight for the lives of all HIV individuals