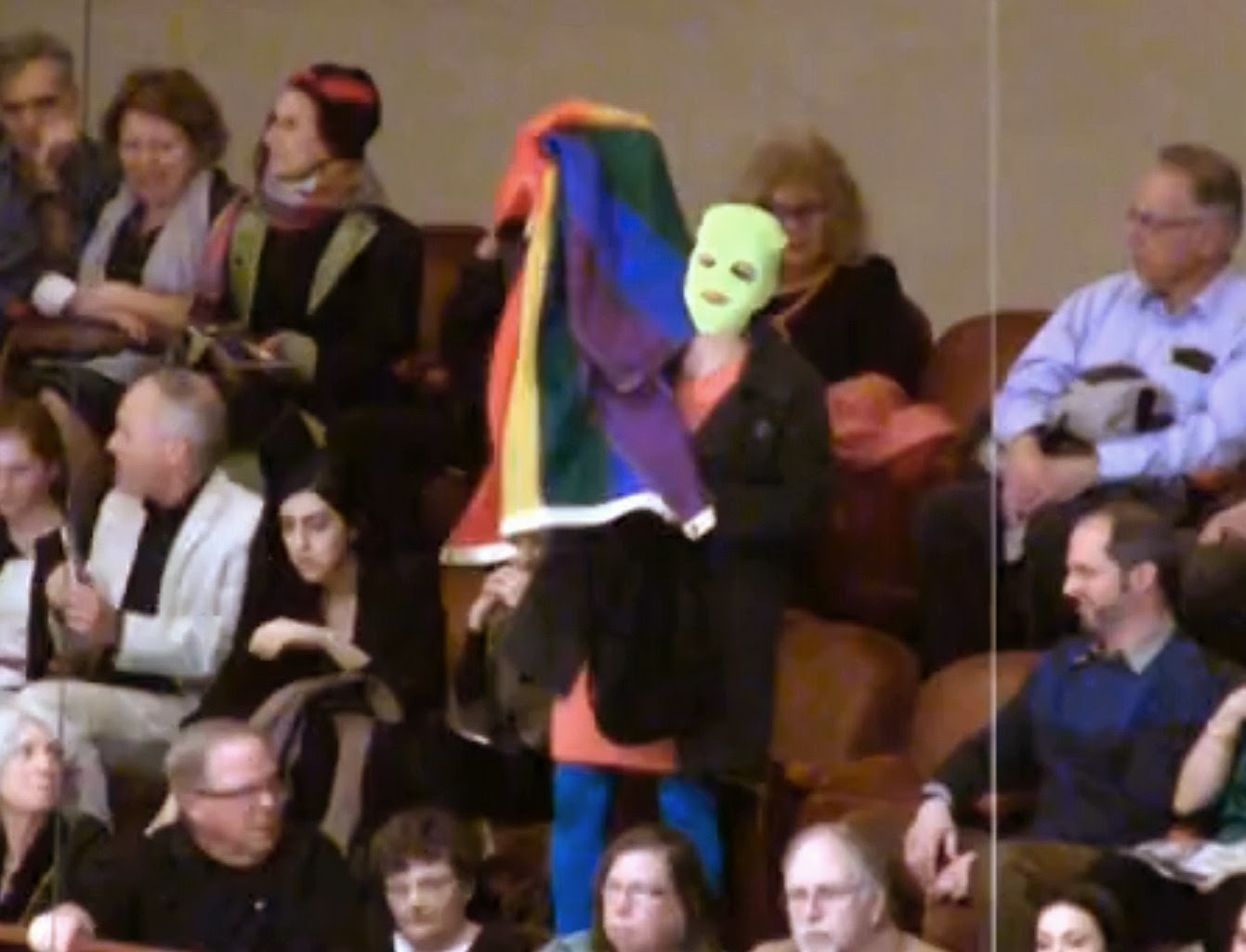 (Permission granted for free use of the photos, as long as you credit them to Bill Wilson of Gays Without Borders. Kindly send us links if you use the images.)

The St. Petersburg Philharmonic's performance on Monday, March 3 at Davies Hall in San Francisco was delayed when a young queer feminist donned a brightly colored balaclava and waved a rainbow flag in full view of the entire audience and musicians.


A longtime gay video documentarian was inside the hall when the interruption occurred and shared his video with me. I didn't shoot it. The anonymous woman who disrupted the concert shared this report and statement about the action inside Davies Hall:

For all women and queers across the globe, tonight I had the opportunity to call out Yuri Temirkanov for being openly sexist and for supporting Putin's regime. Our actions were in solidarity with all LGBTQ people and feminists trying to survive in Russia and here in San Francisco.

We will not be quiet when sexist supporters of Putin come to town.

After braving the rain outside the symphony hall with Pussy Riot supporters, I made my way inside to a seat located on stage directly above and behind the St. Petersburg Philharmonic. As conductor Yuri Temirkanov took to the stage to begin the evening's performance, the concert hall fell silent.

I rose from my seat and looked directly into his eyes through my neon yellow balaclava. As I unfurled a rainbow flag, an action which is illegal in Russia, I stole the show by making sure that Yuri and the audience knew the reason for our anger and protest.

We remain anonymous in solidarity with Pussy Riot in Russia as some members have avoided arrest for their illegal political performances by cloaking their identities. 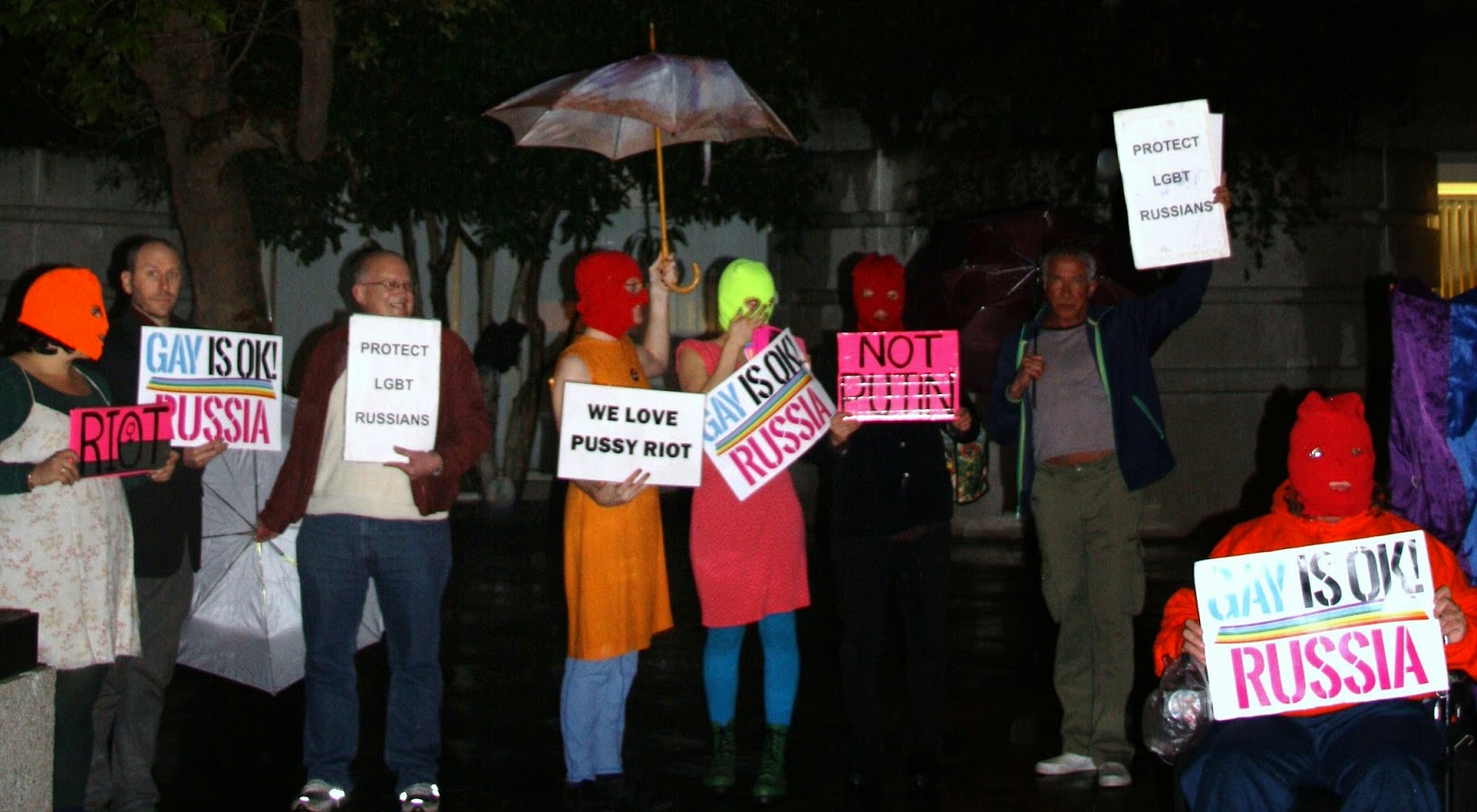 Nearly thirty gay and feminist campaigners and their allies came out to hold signs reading "Gay is OK! Russia", "We Love Pussy Riot!", "Protect LGBT Russians", and many dressed in the iconic clothing favored by the original Russian band. Some of the protesters adopted the name Pussy Riot/SF for tonight's actions. Also present were members of Gays Without Borders. 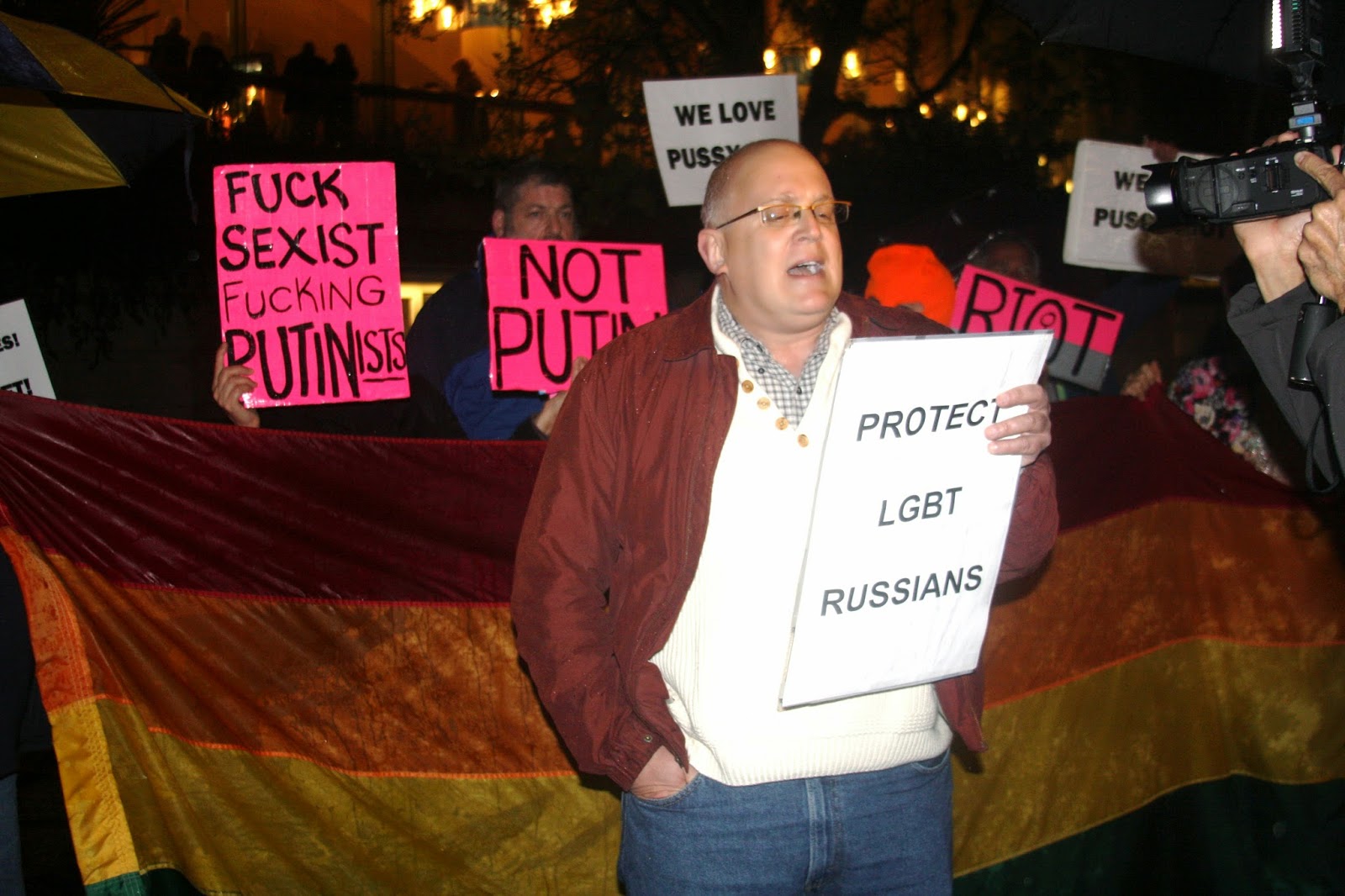 Standing in front of a rainbow flag, an activist read a list of names of Russians and foreign nationals arrested in Russia since the start of 2014, many of whom are LGBT people or belong to Pussy Riot. Mention was made of the fact that Pussy Riot was arrested for hooliganism on March 3, 2012, and activists said there was no better way to mark this tragic anniversary that with a public demonstration. 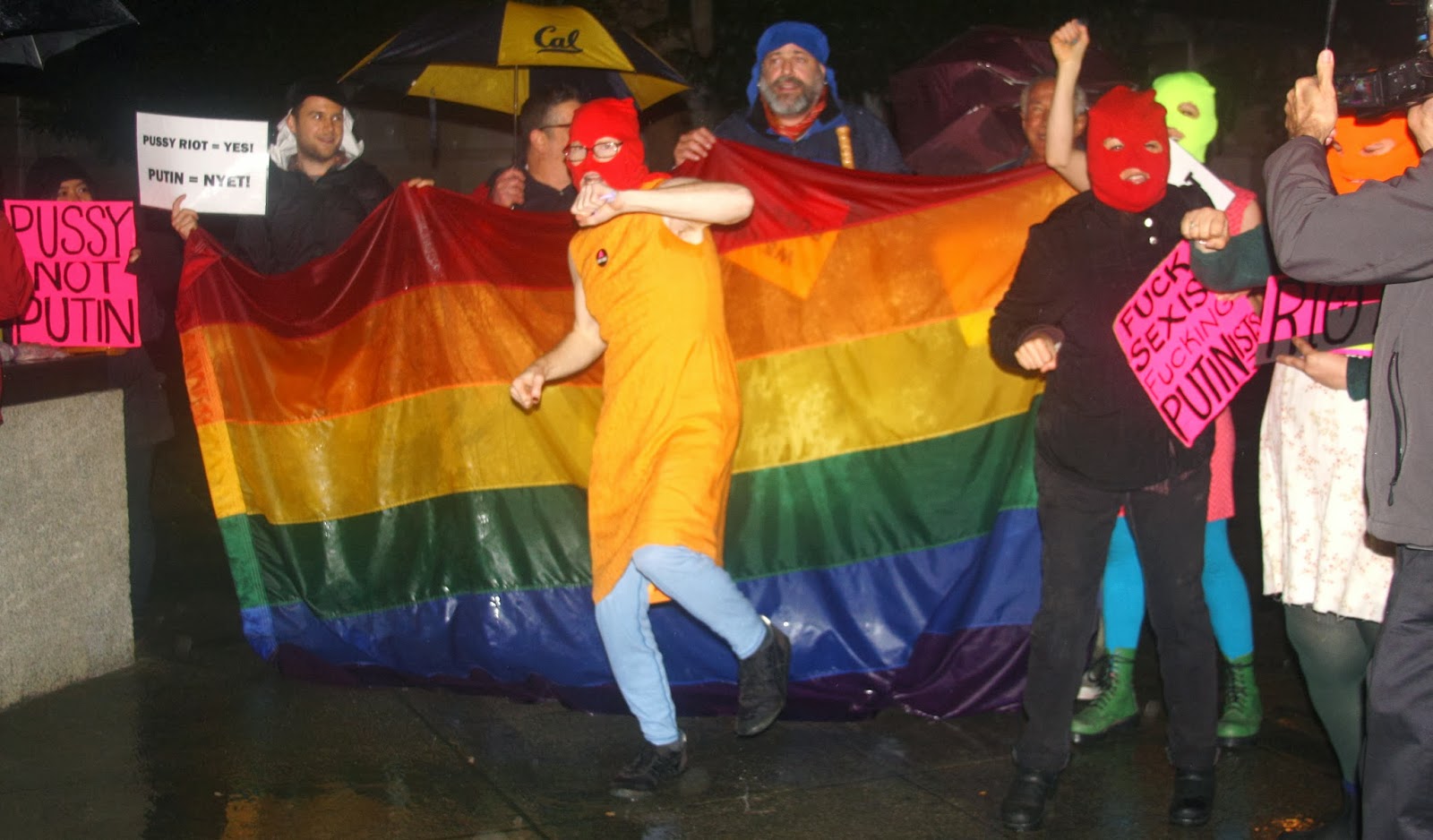 The solidarity rally concluded with Pussy Riot/SF members singing "Putin Will Teach You to Love the Motherland" in English and then dancing on the rain-soaked sidewalk. Shouts of "Down with Putin!" erupted from the crowd as concert-goers made their way to the box office and entrance.

Many thanks to everyone who participated in tonight's terrific solidarity activism inside and outside Davies Hall in San Francisco!

Posted by Unknown at 12:04 AM
Email ThisBlogThis!Share to TwitterShare to FacebookShare to Pinterest