Since Sunday, I've been emailing Ali Bay who is out state Sen. Mark Leno's communications chief, requesting answers to questions about his resolution from September that passed the senate and urged California's pension fund to curb future investment in Russia. This resolution was spurred by the anti-gay propaganda law and rising violence against LGBT people in Russia. The key word is urged. 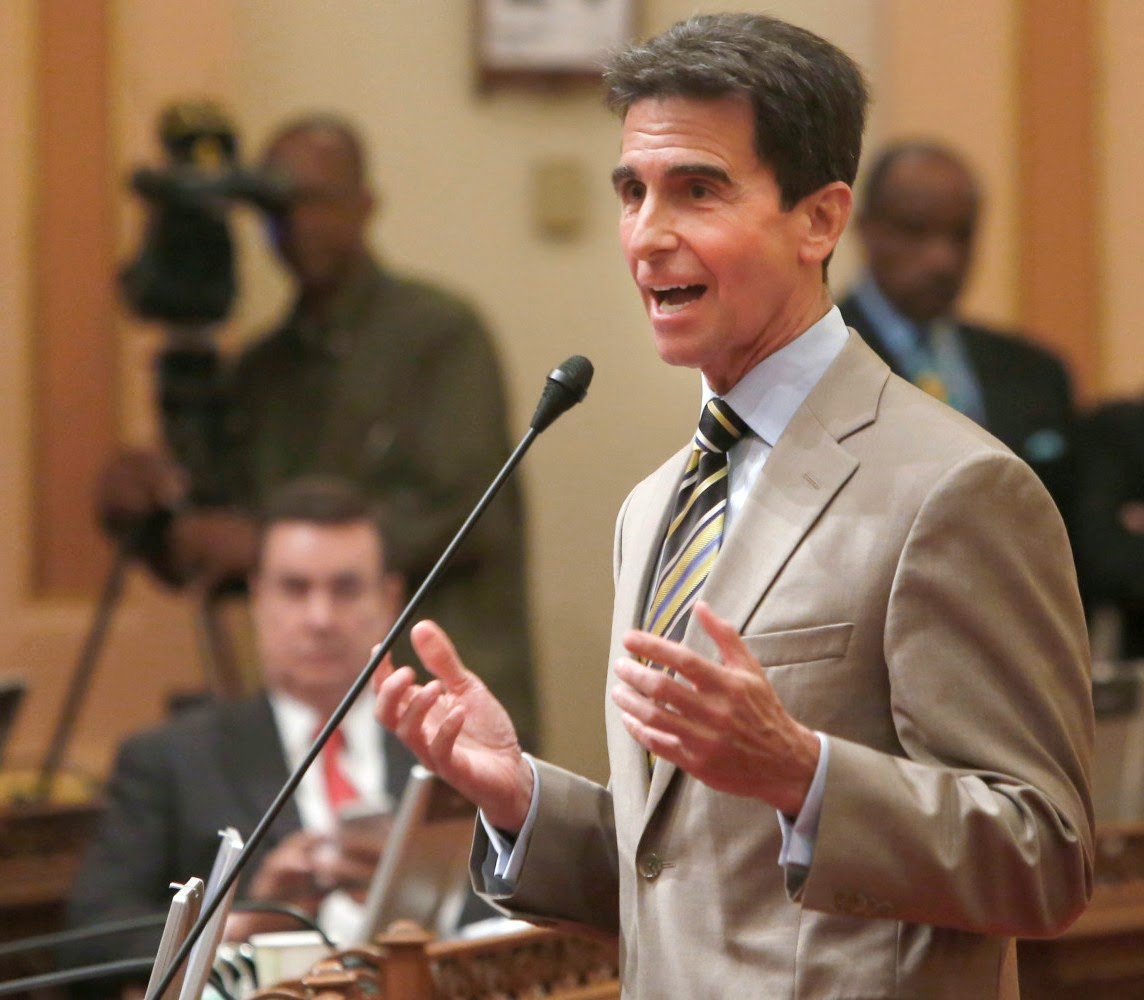 When first introduced at a committee, Leno, pictured in a courtesy photo, received glowing coverage from the SF Chronicle's Marisa Lagos who reported:

The Senate resolution, which Leno said will be passed in the coming weeks, could be the precursor to actual legislation barring investments in Russia.

State Sen. Mark Leno, whose resolution would curb investments from the state's largest pension funds, said Russian officials' dismissive attitude toward the backlash over the law shows that they are in "deep denial."

Actually, no the resolution didn't do that as it was merely an advisory to the state pension fund leaders. I've asked Carla to run a correction because the resolution urged cutting back on Russian investment and had no binding requirement.

When Leno's resolution passed the full senate, his office issued a release that featured quotes from Kate Kendell of the National Center for Lesbian Rights and John O'Connor of Equality California, where Ali Bay used to be the communications director. Small world, huh?

My questions to Leno's office included, were hearings held or are they to be scheduled to debate actually using the state's pension funds to advance gay and human rights in Russia? What has happened in Sacramento since the resolution passed, anything close to actually flexing California's pension fund muscles? The resolution called for no future investment in Russia by our great state. Has that been the reality since September or might be in the near future?

Nothing complicated really, but after three days of attempts to get a response from Leno's communications chief, there has been no response.

For some reason, today out of the blue, NCLR and EQCA put out a release announcing a petition drive to the pension funds urging them to divest from Russian companies and their headline said:

Compare that with Leno's headline from September:

Well, I'd like to urge an end to useless resolutions from Leno and petitions from Gay Inc groups, all designed to generate good PR and nothing of genuine substance.

Leno and his allies at NCLR and EQCA have been pushing this resolution nonsense since August, and nearly eight months later there is no evidence that a single dollars has been withheld by the California pensions in Russian businesses.

In other gay Russian matters, still no communication from AllOut leaders about their lack of info regarding their months of selling Principle 6 clothing, in a business collaboration with American Apparel, that was supposed to raise money for LGBT Russian groups and a promise of transparency.

If I didn't know any better, I might think Mark Leno and AllOut leaders were merely using the plight of gay Russians to feed their own egos and generate news clippings, and nothing more.
Posted by Unknown at 12:56 PM
Email ThisBlogThis!Share to TwitterShare to FacebookShare to Pinterest