As a devoted follower of San Francisco's various commissions, I can say with certainty that one of the most dysfunctional and lazy ones is the Ethics Commission. It's easier to find missing that missing Malaysian Airlines Flight 370 jet than timely, effective and consistent watchdogging from this body.

The dysfunction harms most City residents, be they old, young, black, white, gay or straight. Those not hurt in any way are the myriad politicians and public servants in desperate need of ethical oversight, and there is no serious effort by the Board of Supervisors to address this deplorable weak lapdog-to-the-powerful commission. 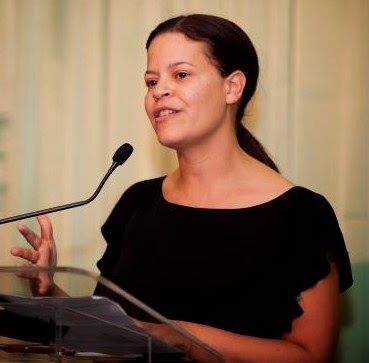 On Monday, March 24, public comment was item two on the agenda and there was a large turnout and roiling tensions from supporters of Juliet Ellis, pictured, a deputy manager at the SF Public Utilities Commission who was the subject of a resolution condemning her ethical lapse in 2012 when she helped steer a no-bid contract the East Bay charity Green for All. She was on the group's board at the time.

The resolution, introduced by commissioner Peter Keane, which is an advisory document and nothing more, noted that Ellis admitted committed two violations of the local Campaign and Government Conduct Code and the commission was merely recommending her employment be terminated.

It took two years for this matter to come before the Ethics Commission, proving my point about how slow it is in delivering even a modicum of accountability.

The hearing room was packed with black political and religious leaders raising the specter of racism as the driving force behind the Ellis resolution. None of them addressed the longstanding, deep general problems with the commission, not even to place their charge of racism in a larger context of the operations of this government body.

I'm not dismissing the concerns of the black politicians and advocates, and folks of other races who spoke at the hearing, but I do wish they had include equally important concerns about incompetence and manipulation at the commission.

One of the longest speeches during public comment, going way over the allotted three-minutes per speaker, was delivered by ambitious black political advocate and co-host of CNN's "Crossfire" show Van Jones. He's also the co-founder of the Green for All nonprofit. I've no problem with him expressing his anger over racism and social ills harming the black community, but he didn't address the core matter: Ellis admitting two violations of good government codes.

Btw, commissioner Keane withdrew his resolution after hearing from the public so no vote was taken on the matter. One more act of cowardice from this commission.

Check out the video and the SF GovTV close-captioned transcript of Jones' tirade on Monday.

hi, I sure don't want to be y'all. [Laughter] I really wouldn't. You are clearly ill-advised and I feel sorry for you. i have been in public life, as are you, and sometimes you just step in it. And it's good to go ahead and admit that early.

Sometimes it makes it a little bit easier. Before I get to my comments, I have to give some respect to my mentors and my elders who are here who helped me when I lived in this town as a young activist. Reverend amos brown who is here who led the fight for justice.

Mother rookses, [Speaker not understood] Daydon who is here, and so many others . They raised me up and they raise your head up. and I am ashamed that we have not done a better job as a generation to be able to protect our own peers from these kinds of attacks and that we still have to rely on our mentors to come here and defend and protect us. But let me say this.

My name is van jones. i used to be a local activist. I used to try to help kids who were sent away to prison. I saw kids being sent away to prison for doing things in bayview hunters point that my classmates were doing at yale law school. I saw my classmates smoking dope at yale law school. They didn't go to prison. But I saw kids the same age down here at bayview hunters point that still have not come back, and that bothered me. And I took my law degree to try to do something about it, and I burned out.

It was too hard. I went to too many funerals. I'm not as strong as my mentors and elders. Too many funerals. Too many young people laying in kass lets and grown folks sitting up in the peughs with white hair. Do that enough times, it does something to you. Caskets. And I started to look at myself, what could I do to make a positive difference to make a better future for these young people? And there was one person I was able to reach out to who was able to help me get through that situation and come up with a months positive answer. Her name was juliet ellis.

Nancy pelosi heard about the work that juliet ellis and lisa and myself were doing and she took me by the hand in washington, D.C., a man by the name of george w. Bush was so inspired by the work that juliet ellis was helping us do that he signed into law a bill called the green jobs act in 2007. juliet ellis counseled me to write a book, a man named barack obama read the book. Senator barack obama read the book and he said, these ideas are so good that you've come up with in the bay area.

>> excuse me, but you're over time and we have many speakers. thank you very much.  >>>

And he said, I want you to come to the white house.

and at the white house he said, these ideas so so good that we're going to put $80 billion behind them. That is [Inaudible].

>> ladies and gentlemen, there is a three-minute time limit. Please observe that because those are also the rules. >>>