In Mexico, Temirkanov Says No Russian Gays 'Suffering ... Not the Majority'

After Yuri Temirkanov and the St Petersburg Philharmonic faced a disruption of their March 3 concert at Davies Hall over his sexist attitude toward women, his pal Putin and the harms and assaults on LGBT people in Russia, they went on to Mexico City for the final stop on their North American tour. 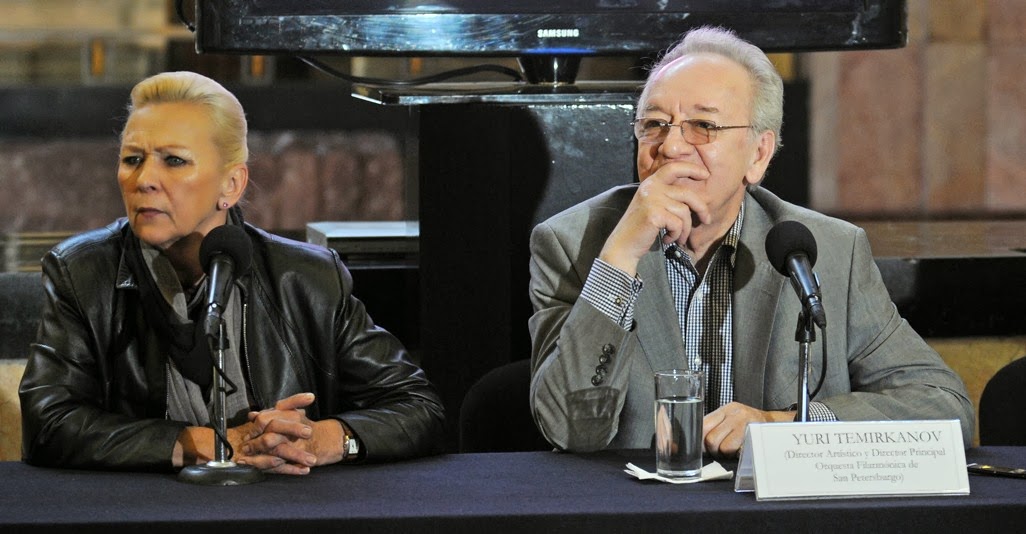 On March 7, the Palace of Fine Arts hosted a news conference where Temirkanov, right, spoke through a translator and reporters asked him about the San Francisco protest along with wanting to know his views on gays, the Pussy Riot band and their activism, and women in society. Several Mexican news outlets covered the press conference and I've gathered excerpts from the stories, and have used Google Translate for a rough English version of what Temirkanov said. 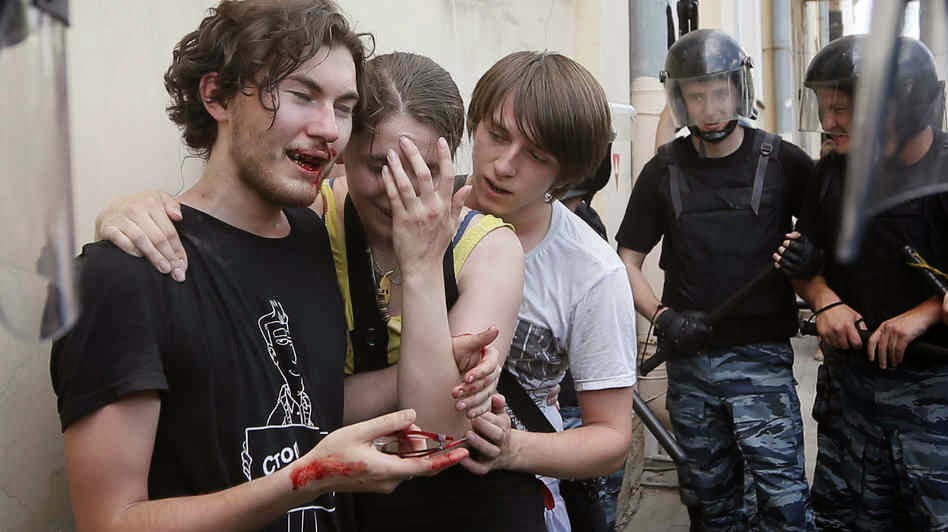 What is that stance as well as his close relationship with President Putin , criticized for his policies against the LGBT community, has been questioned . A few days ago, during a concert in San Francisco a young man shouted "sexist Putinist ". [Incorrect translation. It was a woman.] Questioned by the Mexican press about Russia Termirkanov explained that "nobody is suffering."

"All those people (homosexuals) are not the majority. The demonstration in San Francisco was small," he said. 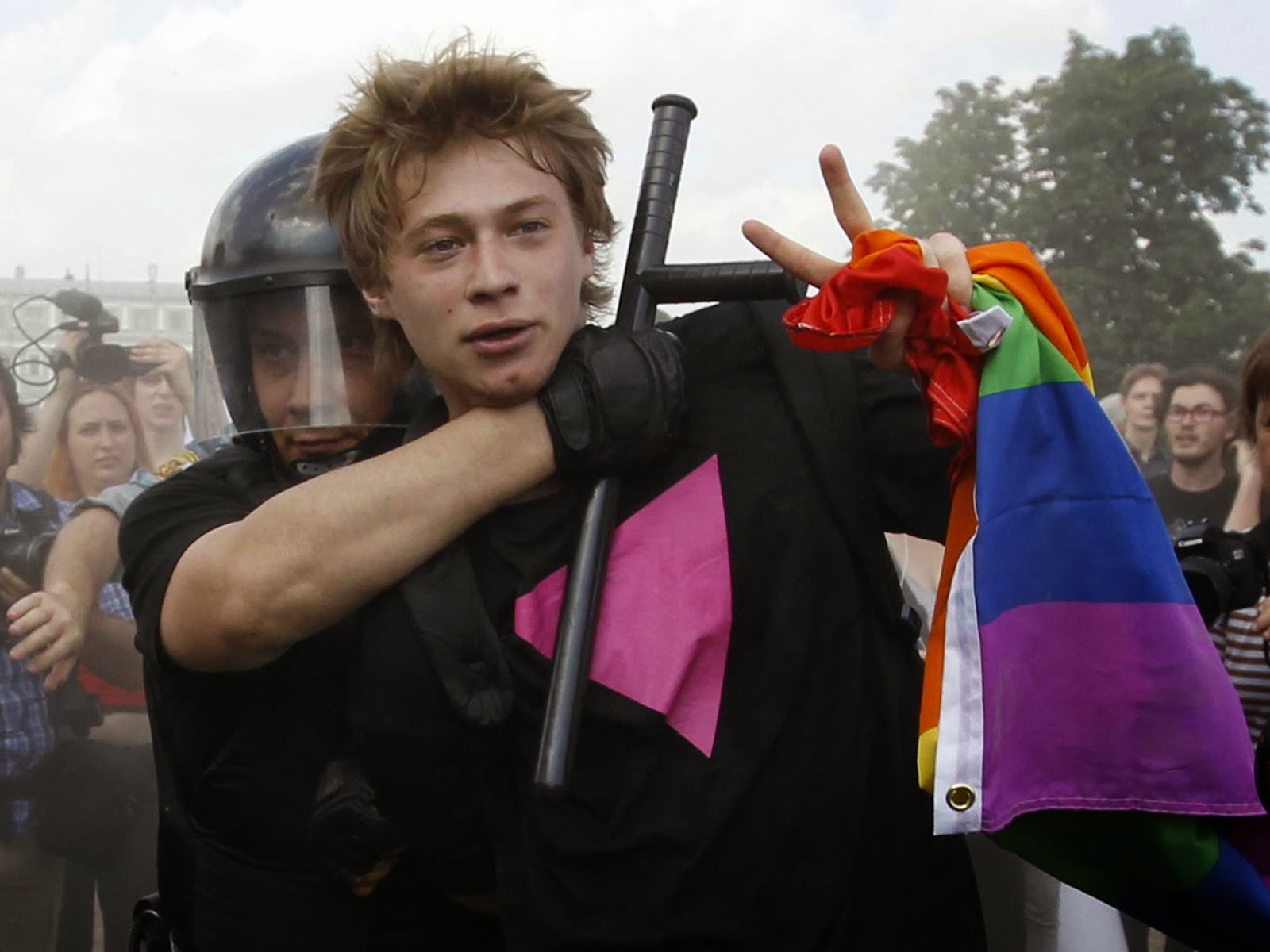 When he was asked whether glimpsed a woman leading the St. Petersburg Philharmonic, he said: "Possibly you retake the subject of one of the interviews I have given [on the subject]. Everyone has their own opinion and I also think that boxing is not for women , they can not lift something heavy. So, in my opinion, women can not and should not conduct". 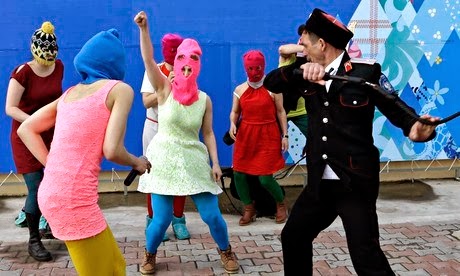 (Russian policeman inflicting suffering on Pussy Riot members with a horsewhip in Sochi in February. Public domain image.)
From Excelsior:

Days before, during a stop of the orchestra in San Francisco, on his tour in the United States, a group of activists for sexual diversity manifested outside the theater for freedom. The press asked how the freedom with which their country is required.

Temirkanov said: "If you will want to ask this question following a small rally that took place in San Francisco, is something that really are political issues. We're talking not only of those groups that are minor compared to the entire population and also Pussy Riot those girls who did some demonstrations in the country".

Comparisons back: "I think that would be the same or the same reaction from you, if this Palace of Fine Arts also presents some girls with great attitudes a bit confusing, is not the place to make this kind of events and I think you [would agree] and might not say it was a good act".

Needless to say, I'm very pleased the demonstration in San Francisco and the politics of what led to the actions have followed Temirkanov on his tour down into Mexico and offer a deep thank you to the Mexican reporters who were aware of our demonstration and used it as a jumping off point for several questions about LGBT Russians, the punk Pussy Riot band and the capabilities of women.
Posted by Unknown at 3:07 PM
Email ThisBlogThis!Share to TwitterShare to FacebookShare to Pinterest