Do you remember my complaint ten months ago against against Chief Greg Suhr of the San Francisco Police Department, alleging violations of sunshine laws regarding gifts he accepted on behalf of the department from tech mogul Ron Conway? Probably not as most folks can't recall ten days back much less almost a whole year ago. 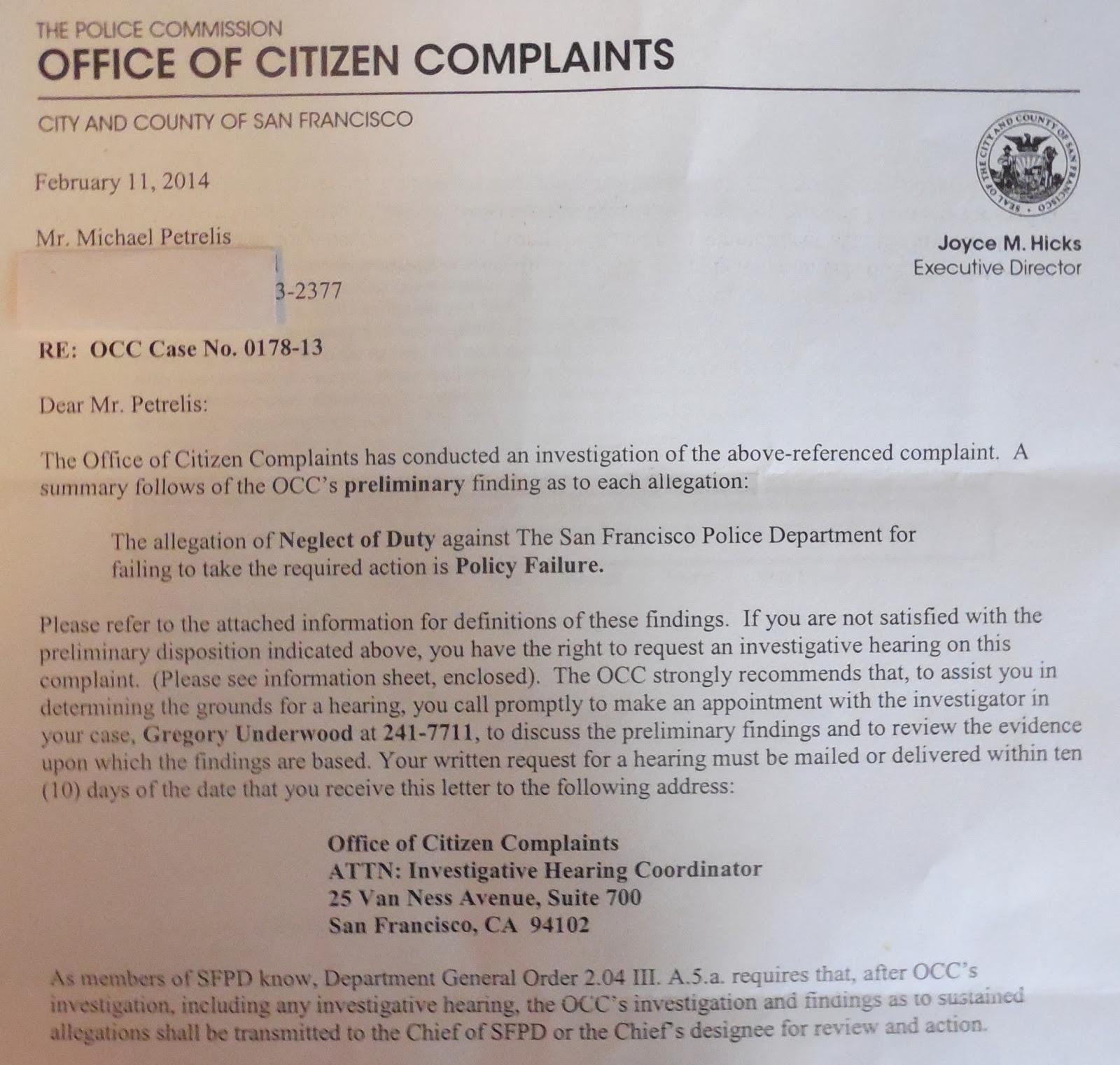 Well, this week I finally heard back from Joyce Hicks, the executive director of the Office of Citizen Complaints, with an obtuse and opaque snail mail letter that implies there was a "policy failure". Did the OCC find cause or not? Your guess is as good as mine and I have emailed and vmailed Hicks and her investigator Gregory Underwood requesting the opportunity to review their prelim findings, and a hearing with the chief.

My complaint alleged Suhr had violated sunshine laws mandating he disclose all gifts to the department when he failed to post details about receiving a $100,000 grant and sixty laptops from his friend Conway in 2012. Yes, I expect Suhr and his designates to strictly adhere to disclosure laws and if they don't, to suffer a penalty. The police cannot be above the law or pick and choose which statutes to honor.

Here is the citation from the Fair Political Practices Commission regarding the Gift to Agency Report California Form 801 pertaining to this matter:

"If a Form 801 was filed, it must be displayed prominently."

You might expect the OCC to adjudicate a sunshine-related complaint in less than ten months, but that is not the case is one reason why I and many others are reluctant to file complaints. It's not that we're expecting overnight adjudication, but it is necessary to deliver mediation and maybe other services depending on the severity of the allegations a whole lot sooner than a ten-month period.

I'll be at the police commission's regular meeting this Wednesday, March 5 at City Hall in Room 400 starting at 5:30 pm to use public comment and discuss this matter. Given the recent federal indictments against six SFPD officers for various crimes against residents of single-room occupancy hotels and other charges and the widespread media attention about them, expect there to be a packed hearing room.
Posted by Unknown at 6:08 PM
Email ThisBlogThis!Share to TwitterShare to FacebookShare to Pinterest