This is not the answer I expected nor wanted in response to my January FOIA request for the Federal Bureau of Investigation's papers on legendary folk singer and social justice advocate Pete Seeger. 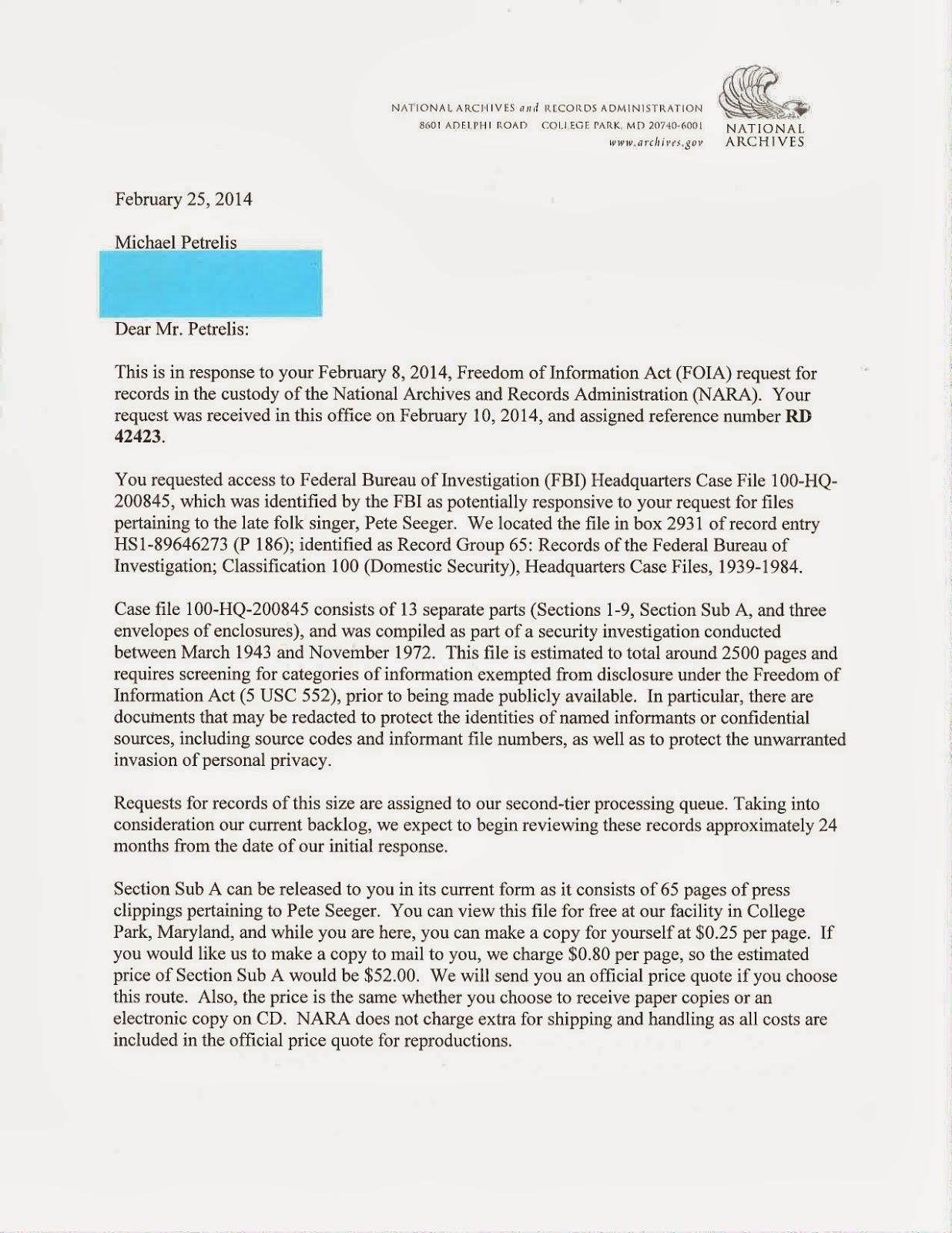 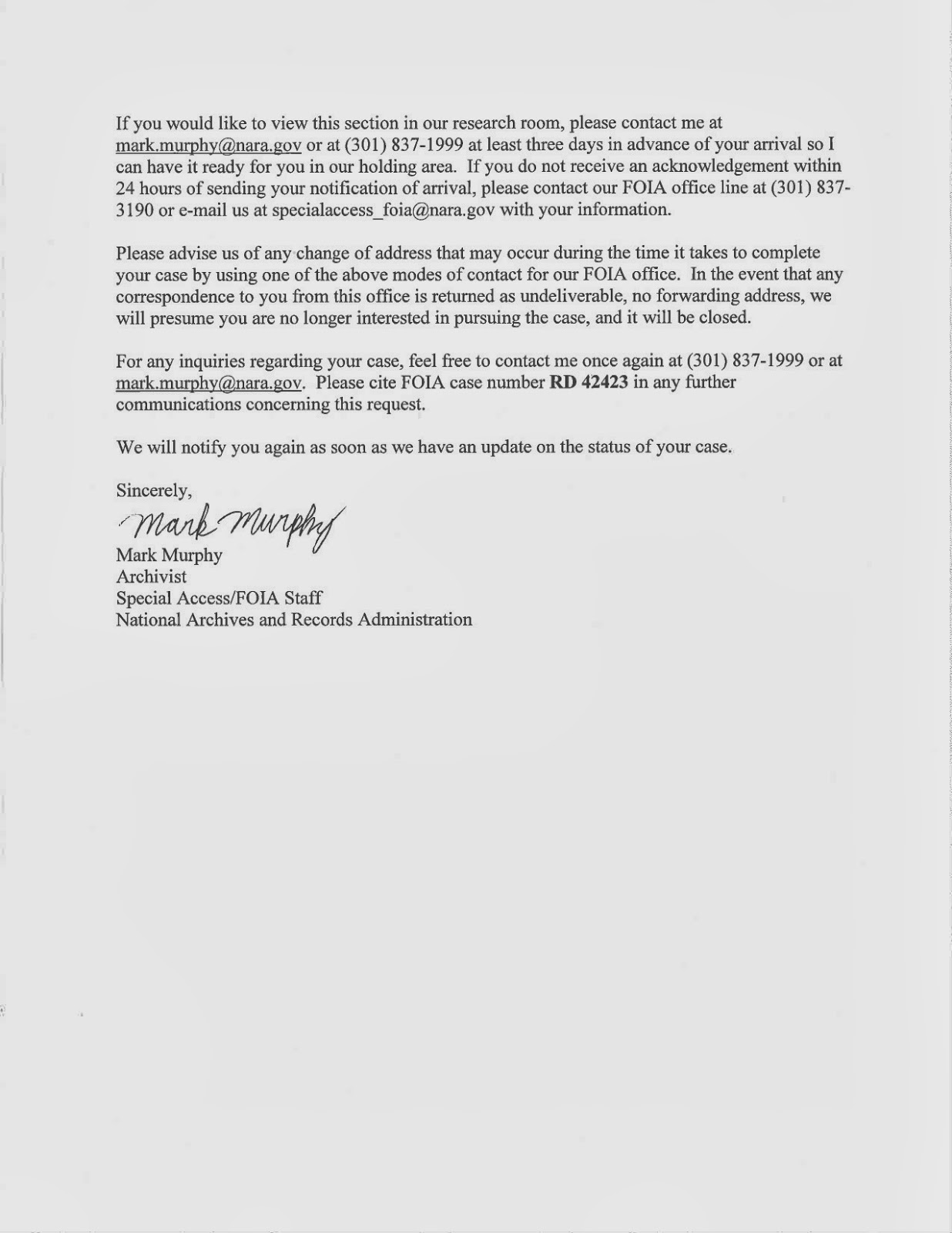 Whatever holdings the FBI had on Seeger were turned over to the National Archives Records Administration and now that institution must review the papers.

NARA says it has a file on Seeger:

[E]stimated to total around 2,5000 pages and requires screening for categories of information exempted from disclosure under the Freedom of Information Act prior to being made publicly available. In particular, there are documents that may be redacted to protect the identities of named informants or confidential sources, including source codes and informant file numbers, as well as to protect the unwarranted invasion of privacy.

Requests for records of this size are assigned to our second-tier processing queue. Taking into consideration our current backlog, we expect to begin reviewing these records approximately 24 months from the date of our initial response.

Jeez, that sure as hell ain't no iron-clad commitment to begin the process so it could really be more than two-years from now before we see any of those (probably heavily redacted) thousands of pages. Is there anything NARA can release to me now?

Section Sub A [of his case file that consists of 13 separate parts] can be released to you in its current form as it consists of 65 pages of press clippings pertaining to Pete Seeger. [...] If you would like us to make a copy to mail to you, we charge $0.80 per page, so the estimated price of Section Sub A would be $52.

No point in spending that amount for news clippings. The NARA letter ends by saying they'll be in touch with me when they have a status update. We are all must wait to the middle of the 2016 presidential primary season to learn how the NARA review of those 2,500 went and what can be released to the public. There's gotta be a better way to review and release FBI files stored at NARA.
Posted by Unknown at 10:32 PM
Email ThisBlogThis!Share to TwitterShare to FacebookShare to Pinterest