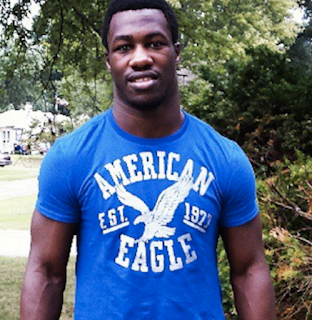 Dated September 15th, but arriving on Saturday, the latest letter from my poz prisoner pen-pal Michael Johnson indicates he's still in the hole and not in the general population.

Sure wish the authorities would return him to normal inmate status and end his solitary confinement.

Michael writes that his HIV medications have changed. He used to take Atripla, containing a few drugs in one pill, but is now is on Sustiva, Viread and Epivir. Names I know well.

As long as Michael is receiving his drugs and tests monitoring his viral load and other vital immune system markers, showing benefits, that is important to him and all of us on the outside concerned for his wellness. 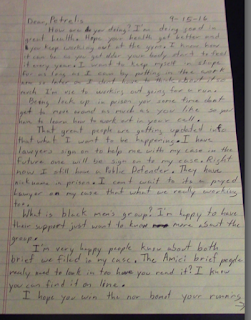 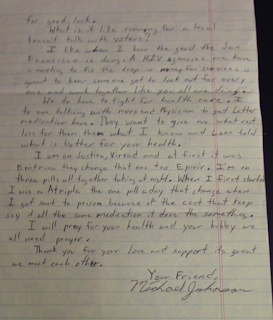 Posted by Unknown at 12:43 PM
Email ThisBlogThis!Share to TwitterShare to FacebookShare to Pinterest