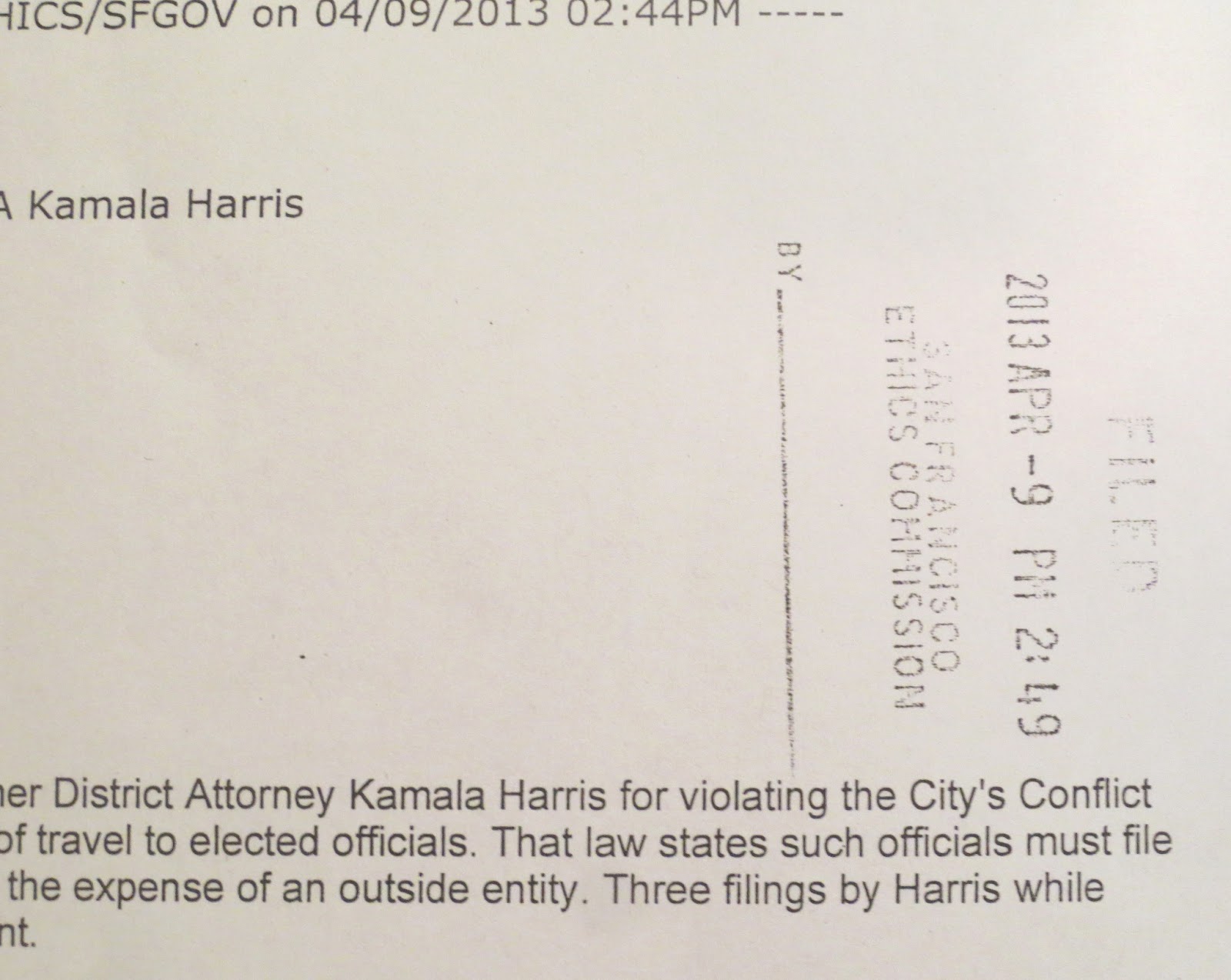 As with my complaint against current DA George Gascon for the same violation, I insisted the commission provide me with a date-stamp on the paper version of my complaint, pictured, along with sending me a confirmation email.

At issue are two instances in which she failed to properly disclose accepting gifts of travel prior to getting on the plane.

One filing with the commission from Harris is date-stamped March 29, 2010, when she was district attorney and shows she flew to China and India in August 2009 and that the trip was paid for by the Aspen Institute.

The second filing is date-stamped March 29, 2010, states Harris traveled to New York City in July 2009 to appear at an event for the NAACP.

I'll provide updates as the commission investigates the matter.
Posted by Unknown at 3:50 PM
Email ThisBlogThis!Share to TwitterShare to FacebookShare to Pinterest