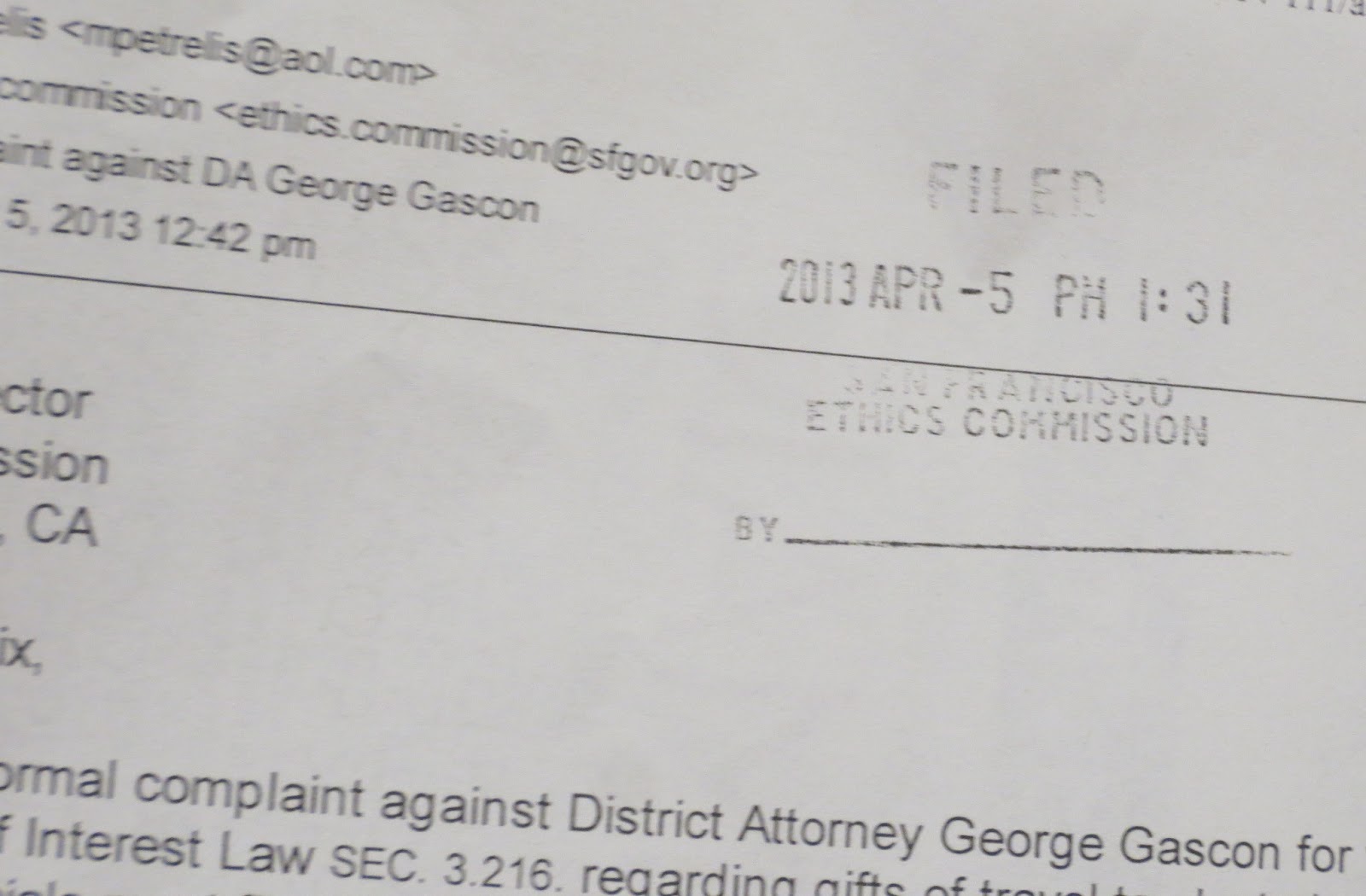 (The date-stamp on the paper version of the email iteration of the complaint.)

On Friday, April 5th, at 1:31 PM, a legal analyst with the San Francisco Ethics Commission named Garrett Chatfield officially accepted my complaint against District Attorney George Gascon for violating Section 3.216(d)(1) of the municipal conflict of interest law. The complaint was lodged at the commission's physical office and via email, and email confirmations from the commission are available upon request.

A preliminary investigation is now underway. 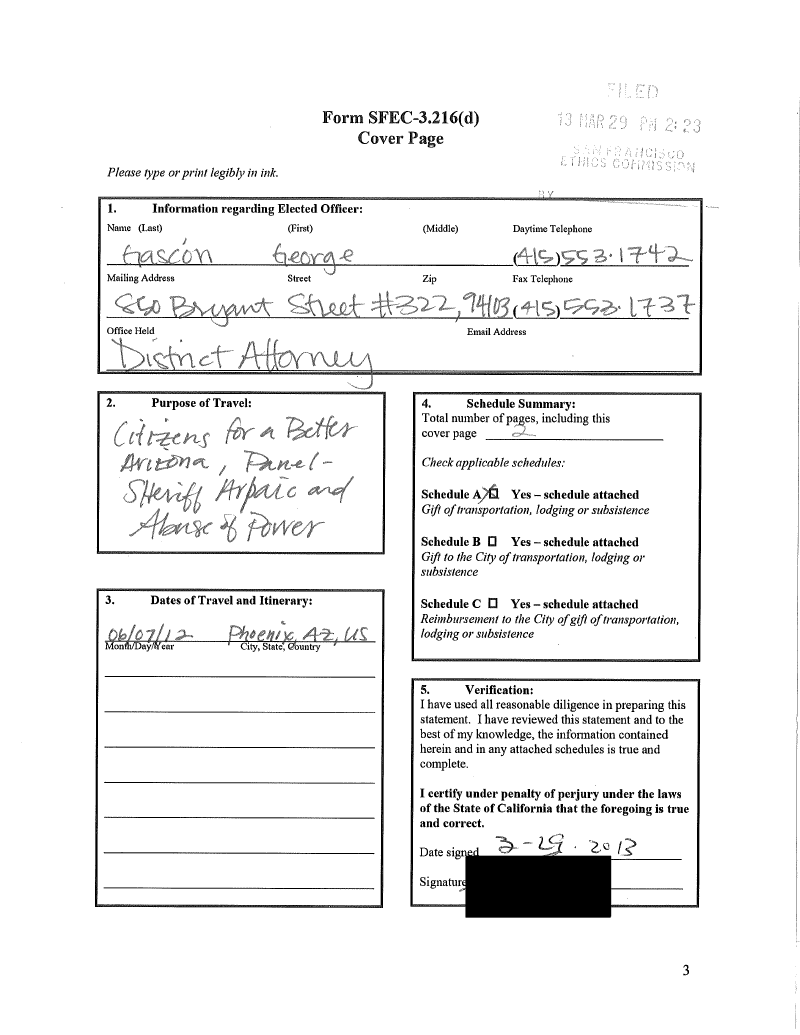 My evidence attached to the complaint was Gascon's gifts of travel disclosure form on file with the commission with March 29, 2013, date-stamped on it. Last week's post on the ten-month delay to file the disclosure mentioned that Gascon's June 7, 2012, travel to Phoenix was paid for by Citizens For a Better Arizona. He spoke on a panel to denounce the abuse of power by Sheriff Joe Arpaio.

This is the pertinent wording of Section 3.216(d)(1) that applies to the district attorney's trip. Bolding has been added:

(d) Gifts of Travel.
(1) Gifts to Elected Officers. In addition to the gift limits and reporting requirements imposed by the Political Reform Act and this Code, no elected officer may accept a gift of transportation, lodging, or subsistence for any out-of-state trip paid for in part by an entity other than the City and County of San Francisco, another governmental body, or a bona fide educational institution, defined in Section 203 of the Revenue and Taxation Code, unless the officer has first disclosed on a form filed with the Ethics Commission [...]

This is the wording of the jail time and monetary punishments Gascon could face, if he's found guilty by the commission:

(a) Criminal Penalties. Any person who knowingly or willfully violates any of the City's conflict of interest and governmental ethics laws shall be guilty of a misdemeanor and upon conviction thereof shall be punished by a fine of not more than $10,000 for each violation or by imprisonment in the County jail for a period of not more than one year in jail or by both such fine and imprisonment.
(b) Civil Penalties. Any person who intentionally or negligently violates any City conflict of interest or governmental ethics law shall be liable in a civil action brought by the City Attorney for an amount up to $5,000 for each violation.

The PDF version of the paperwork Gascon was supposed to have filed prior to getting on the plane to Phoenix makes clear what the law requires of elected San Francisco officeholders. Double-emphasis in the original:

The elected officer must fill out this form and file it with the Ethics Commission before accepting a gift of transportation, lodging or subsistence that is paid for in part by an entity other than the City and County of San Francisco, another governmental body or a bona fide educational institution as defined in Section 203 of the Revenue and Taxation Code.

As the complaint is processed by the Ethics Commission and is eventually adjudicated at a public meeting or two, I'll provide updates. Here's the YouTube video of the June 7, 2012, panel where Gascon and others held Sheriff Arpaio accountable for his abusive power tactics:

Posted by Unknown at 11:39 AM
Email ThisBlogThis!Share to TwitterShare to FacebookShare to Pinterest