The news from Valorie Eckert, our state's HIV/AIDS epidemiologist, about new HIV infections and the status of transmissions is good because declines continue.


After reading the latest semi-annual HIV/AIDS surveillance report for California, current through December 31, 2012, I had an extended phone conversation with Eckhert about Figure 4, pictured.

The red bar, for the first full year of names-based reporting is the highest level of HIV cases reported, while the lime bar is for 2012 and shows the lowest numbers.

Because annual HIV stats are omitted from the chart, I requested from Eckert hard numbers for these years and she emailed these stats. Frequency = new HIV diagnoses:

Seeking clarification about diagnosed cases versus reported incidents being a better reflection of the epidemic, I asked Eckert to confirm this and she replied:

Yes, you are right. Diagnosed cases are closer to actual transmissions than the reported. Reported is used more for quality assurance purposes. We like for cases to be reported within 3 months of diagnoses. And typically they are, but unfortunately some are reported years after diagnosis for one reason or another.

I asked her to include the frequency numbers in future semi-annuals so the general public could have those numbers along with the colorful charts, and better understand the state of HIV in California. Eckert said this idea was already in development in Sacramento.

Eckert finally walked me through the most comprehensive epidemiological profile for the state, current through the end of 2009. Of key importance, she said, was this page: 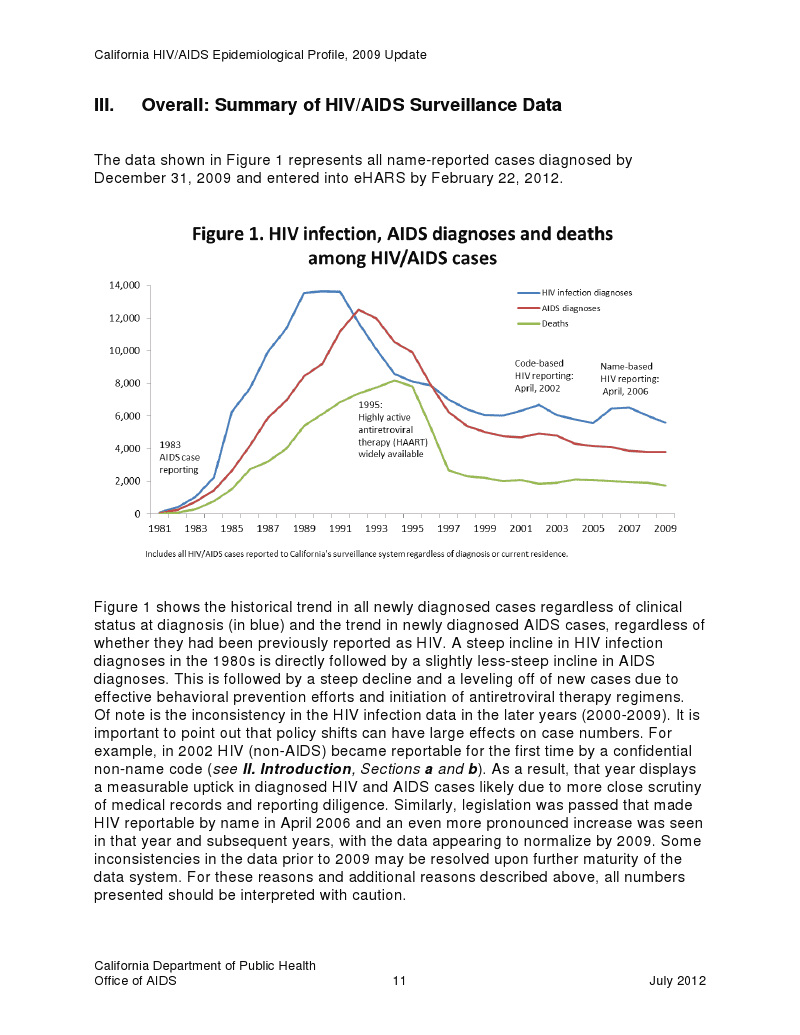 I'm looking forward to more HIV statistics from Eckert and the Office of AIDS, because I believe we'll see the downward trends maintained.
Posted by Unknown at 2:28 PM
Email ThisBlogThis!Share to TwitterShare to FacebookShare to Pinterest