Thanks to our sunshine laws, I was able to obtain select daily calendars from Sheriff Ross Mirkarimi and District Attorney George Gascon in electronic format. 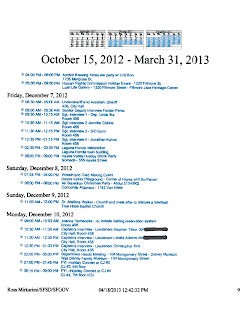 A fairly typical few days from Mirkarimi's calendar, above, includes much detailed info about all of his activities, in and out of the office especially who he meets with from his department, where they meet and for how long. 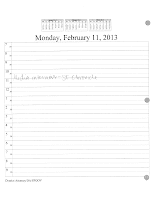 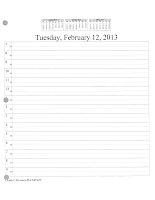 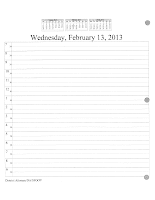 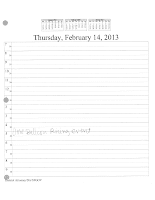 For Gascon, a fairly typical week from his calendar, above, is quite devoid of such details as Mirkarimi provides.

His office has scheduled 101 press conferences about assorted high-profile cases, and a handful of the pressers have been joint events with Mayor Ed Lee or Sen. Mark Leno.

At 217, the majority of events on his calendar are media interviews or semi-annual press breakfasts organized by his office or media roundtables, for which lists of attendees are omitted. Here's the breakdown of Gascon's media interviews given to each outlet and press outreach events:

Posted by Unknown at 1:41 PM
Email ThisBlogThis!Share to TwitterShare to FacebookShare to Pinterest