Equality Inc: Haas Fund Gave How Much to GetEqual? 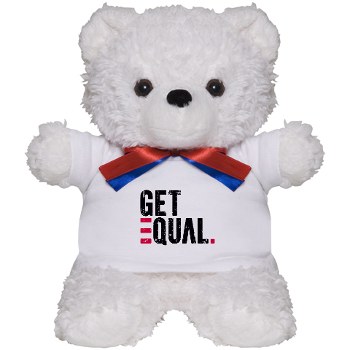 Equality Inc, formerly Gay Inc a term which is so passe, is comprised of many adaptable components and one group occupies the astroturf Junior League position of the industry: GetEqual.

In 2010, the group accepted, I believe, a robust donation north of $500,000 from gay insurance heir and one of the Democratic Party's biggest donors, Jonathan Lewis, whose family has billions in the bank. Can someone remind me exactly how much dough Lewis gave the group? I couldn't locate a firm number.

One hard figure I have is from the Evenlyn and Walter Haas Jr Fund, based in San Francisco where longtime Equality Inc boss Matt Foreman doles out the checks.

For 2013, GetEqual received $100,000 from the Haas Fund to "develop a replicable model for cross-organizing and action between immigrant and gay communities." The fund is transparent about the six-figure grant but the same is not true of GetEqual. If they've disclosed the grant (and any and all such donations) on their site, I couldn't find it.

However, I'll give them small credit for burying their 2010 IRS 990 filing on their FAQs page. I prefer for nonprofits to disclose 990s and other fiscal records as part of a financials or annual reports page.

Here's an example of non-disclosure. GetEqual's 2011 IRS Form 990 was available for public inspection on November 13, 2012, four months ago and the filing is not on their site. If they're interested in learning from AIDS Inc, GetEqual should follow the example of the San Francisco AIDS Foundation, which posts on their site within one week after filing the 990 with the feds.

The Foundation Center's posting of GetEqual's 2011 filing shows revenue dropped to $221,000, and only McGehee is listed as a paid employee, $48,000, serving as the executive director. Very Equality Inc of McGehee and her board to marginally reduce her salary even though revenue fell by more than half.

When nonprofits secure large grants, the main order of business is keeping the funders happy and the second most important thing is keeping the money flowing in. Oh, and when the funds come from Equality Inc donors and leaders closely allied with the Democrats, challenging the political system isn't integral to the charity's agenda.

Tinkering around the edges, getting a piece of the political pie, mistaking equality - which seems to begin and end with marriage and military concerns - for liberation or social justice, is the bottom line for Equality Inc and GetEqual is part of the problem not the solution.
Posted by Unknown at 10:58 PM
Email ThisBlogThis!Share to TwitterShare to FacebookShare to Pinterest