Number of Trans Inmates in Federal Prisons on Hormone Therapy?

The good folks at the Government Attic site describe their mission as providing "electronic copies of thousands of interesting Federal Government documents obtained under the Freedom of Information Act. Fascinating historical documents, reports on items in the news, oddities and fun stuff and government bloopers, they're all here". I would add that they also perform a valuable service to taxpayers and open government advocates. 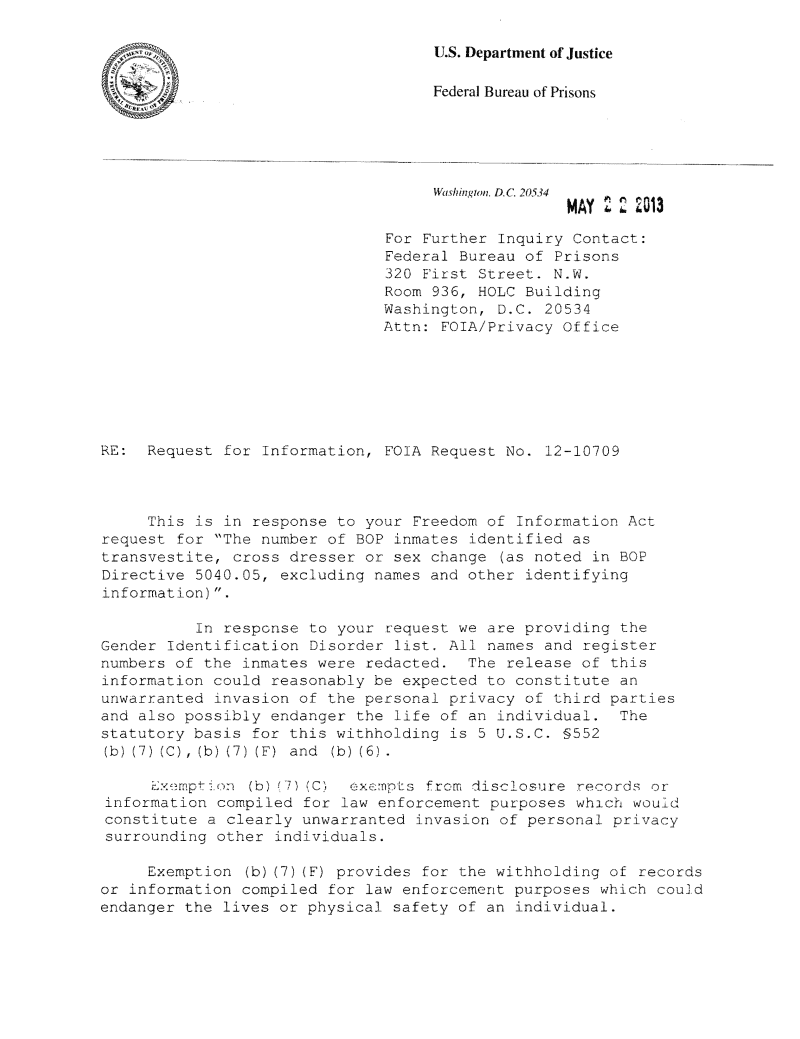 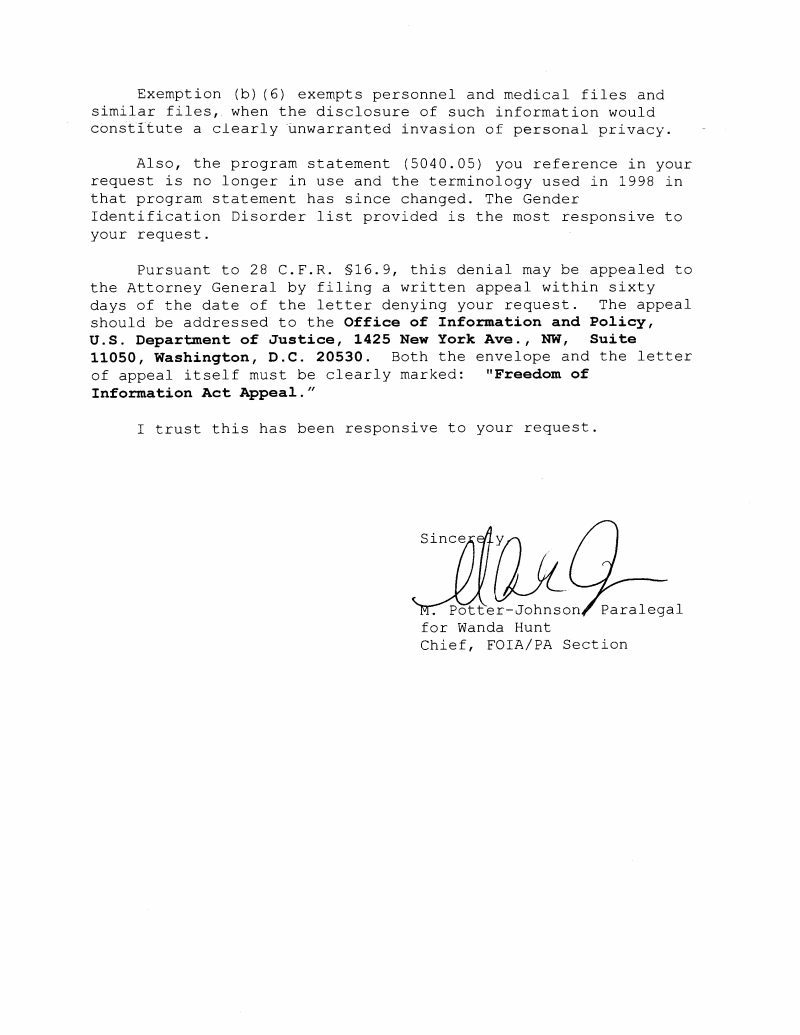 This week, the Government Attic posted this four-page response to a Freedom of Information Act request for statistics on trans prisoners currently incarcerated in Federal Bureau of Prisons' facilities. An excerpt from the BOP response:

This is in response to your Freedom of Information Act request for "The number of BOP inmates identified as transvestite, cross dresser or sex change (as noted in BOP Directive 5040.05, excluding names and other identifying information)". In response to your request we are providing the Gender Identification Disorder list.

All names and register numbers of the inmates were redacted. The release of this information could reasonably be expected to constitute an unwarranted invasion of the personal privacy of third parties and also possibly endanger the life of an individual [...] 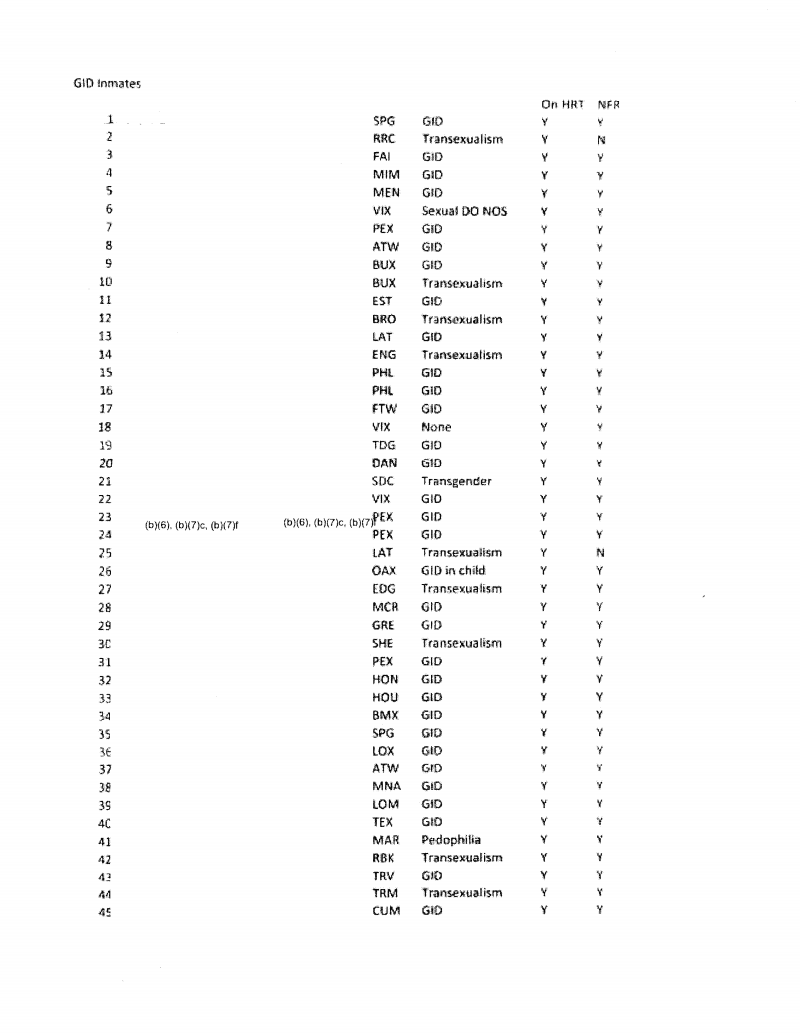 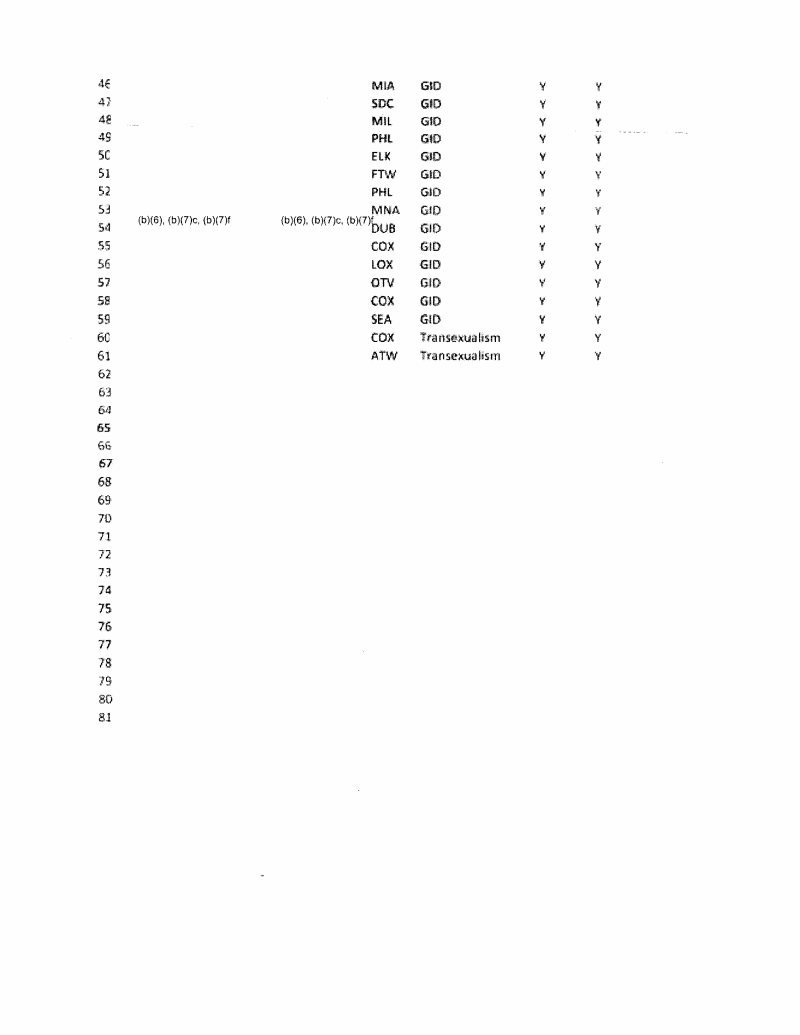 The second column on the left is blank after number 63 because there are only 63 inmates applicable. Third column is the abbreviation for the BOP facility where the inmate is incarcerated. The fifth column, "On HRT", pertains to those on hormone replacement therapy and all 63 inmates on the GID list appear to be receiving hormones. I do not know what the sixth column, "NFR", is for and if you do, please let me know.

Many thanks to the Government Attic site for obtaining this information.
Posted by Unknown at 1:29 PM
Email ThisBlogThis!Share to TwitterShare to FacebookShare to Pinterest