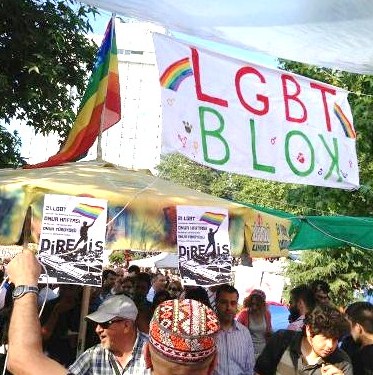 Turkey's leading lesbian, gay, bisexual and transgender social network and political advocacy organization Kaos GL and its members have been participating in recent actions demanding accountability and democracy from their government.

On behalf of Gays Without Borders in San Francisco, I extend deep solidarity and strong friendship to the Kaos GL organization and all LGBT Turkish citizens as they fight for liberation and tolerance.

The media coordinator for Kaos GL, Omer Akpinar, today shares a report and photographs about problems from the Turkish police force against LGBT people:

After 18 days of nationwide protests over the proposed demolition of Istanbul’s Gezi Park, attention among activists and protesters has turned to the increasingly authoritarian rule of the government [...] Over the last week four LGBT activists were detained in Istanbul, with one physically attacked by police and another three subjected to homophobic slurs.

On Wednesday, three LGBT activists who had requested directions from the police were detained without reason. The activists claim they were subsequently humiliated by the police because of their sexual orientation.

A lawyer for the activists, Türker Vatansever, told Kaosgl.org that the police officers ridiculed the activists, one of whom was wearing a chain that read “LGBT Blok” in reference to the LGBT group present in Gezi Park. 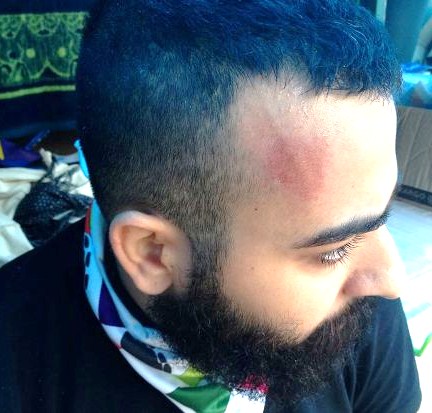 A separate incident took place on Tuesday at around 11:30 pm local time when LGBT activist Hasan Yavuz, pictured, was stopped by the police on his way to offer food and medical help to the protesters.

Asked by the police if he was going to aid the “terrorists at Gezi Park”, Yavuz said, “Yes, I’m doing something humane. What’s wrong about that?”

The response of the police officers was to push him to the ground and beat him. Yavuz was kept in detention for 4 hours but was not taken to the hospital or the prosecutor’s office. When his lawyers came to the police station Yavuz was then released and filed a complaint against the police that beat him.
Posted by Unknown at 10:39 AM
Email ThisBlogThis!Share to TwitterShare to FacebookShare to Pinterest