Harvey Would Hold Hearing on Pride's City Grants, Campos Will . . . ? 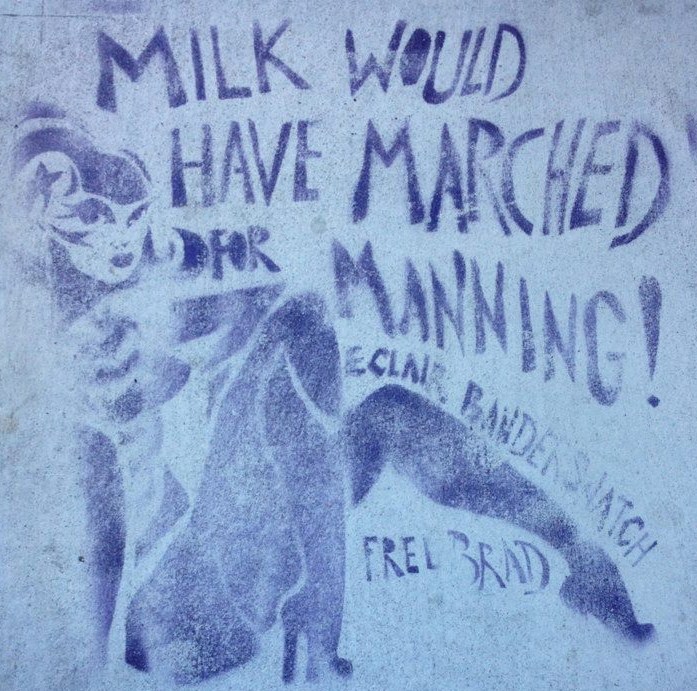 On the sidewalk in front of the SF Pride office on Market Street there is some creative political graffiti, pictured, opining about one of the actions Harvey Milk would take in response to the organization rescinding a grand marshal honor to Bradley Manning.

The Pride board on Friday announced they were not rescinding their rescission and the ad hoc coalition that had been pushing for Manning to be reinstated as grand marshal held a press conference at the Pride office to demand changes at the nonprofit organization. 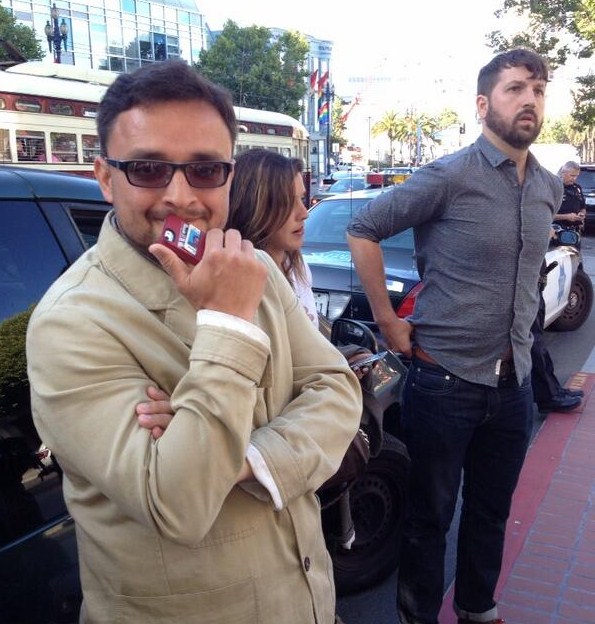 (From the left: Campos, aides Stephany Ashley and Nate Albee, both of whom are former leaders of the Harvey Milk Democratic Club. Credit: Patrick Connors, UppityFag Twitter feed.)

As we saw on May 31 at Pride's town hall at the Metropolitan Community Church in the Castro district, Supervisor David Campos showed at Friday's presser and was given mike time. Nothing wrong with that, have a pol come speak before activists who agree with him, but it's woefully inadequate in terms of having that pol use his power as an elected official to hold a hearing.

Yes, Harvey Milk would march on June 30 for Manning and I believe he would also use the levers of power at City Hall as a Supervisor and schedule a hearing about the hundreds of thousands of dollars Pride receives from taxpayers. Pride received a total of $169,000 from 2011 through this year's Parade from the City's Grants for the Arts program. Nice chunk of municipal change.

Unfortunately, except for myself there is no pressure being made on Campos to hold such a hearing. Many ad hoc coalition folks are satisfied to have Campos speak at their events and are not pushing him to schedule a City Hall hearing, get answers from Pride board members about use of public dollars and air it on SFGov TV.

To metaphorically kick Campos' political butt is difficult with former and current Milk Club members and others pressing their lips on his tush.

In addition to pressers at Pride's office and attending their meetings, activists upset with Pride's Manning mess and the larger complaints against Pride because the board is still ignoring grassroots social and economic justice advocates, it would be wise to also lobby Campos for the hearing at City Hall.
Posted by Unknown at 11:45 AM
Email ThisBlogThis!Share to TwitterShare to FacebookShare to Pinterest