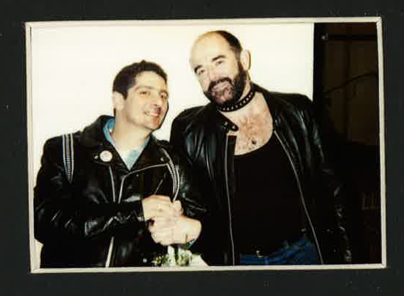 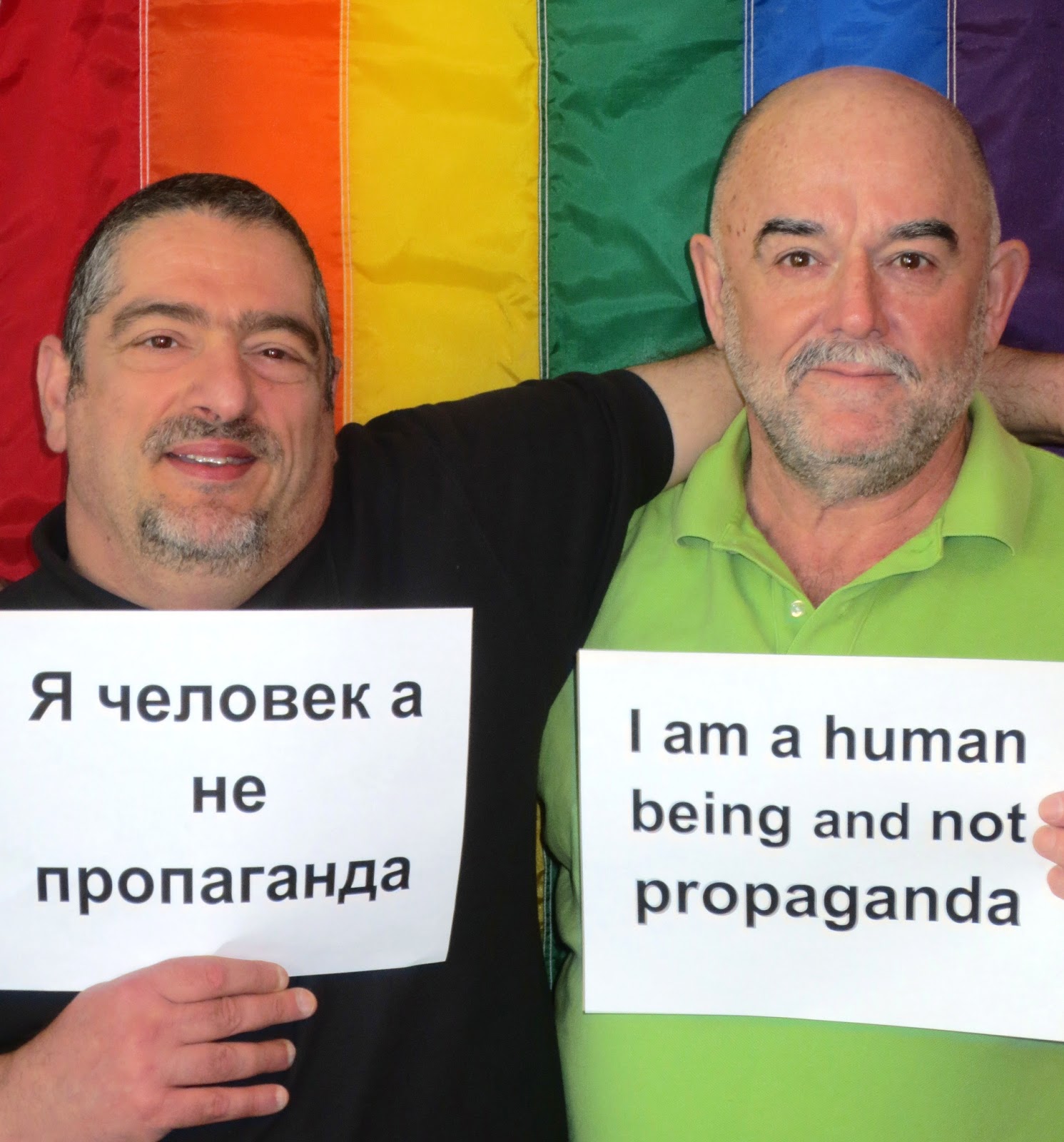 (Mike and I in the October 1995, top, and in January 2013 participating in a solidarity photo campaign with our LGBT Russian friends.)

When the Supreme Court decisions were handed down today shortly after 7 am local time, I was asleep. Helicopter noises woke me up and I thought there's either a small riot or party happening at Castro and Market Streets, and the choppers want aerial shots.

I soon learned the good news about the gay marriage win from the Supremes and called Mike at work, just to hear his voice and exchange expressions of love. We soon moved on to other topics after chatting about the Prop 8 and DOMA decisions.

Sure, we're happy with how the Supremes ruled but Mike and I are not interested in gay marriage as an option for us. We're quite content with our living arrangement that has suited us just fine since we met and connected in June 1995. Why spoil a perfectly happy homo life partnership with state-sanctioned regulations?

Mazel tov to all our friends and others who will soon take advantage of gay marriage restoration in California, but we also acknowledge our wish, and that of many other LGBT people, to enjoy the many fruits of freedom from marriage.
Posted by Unknown at 7:04 PM
Email ThisBlogThis!Share to TwitterShare to FacebookShare to Pinterest