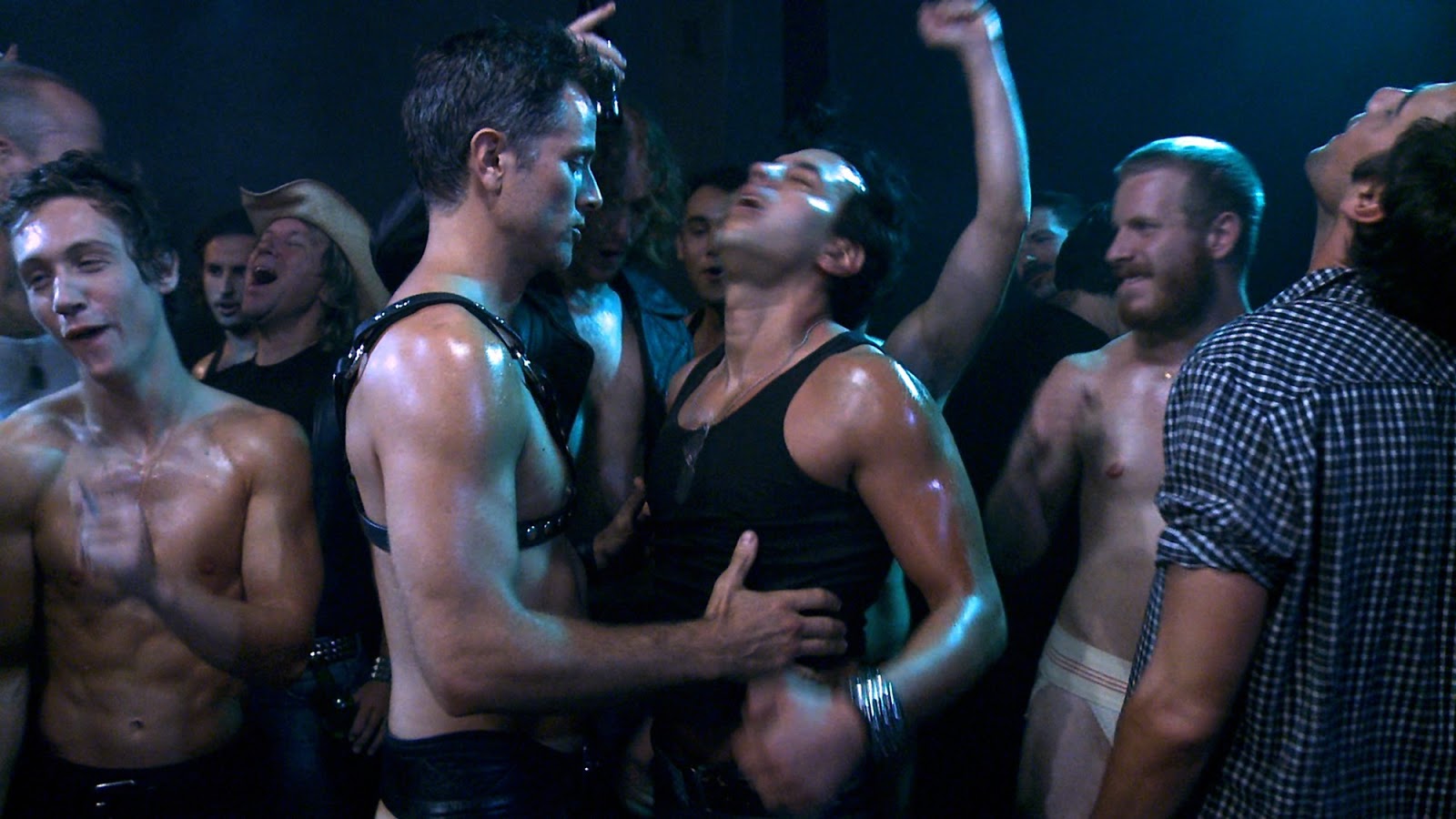 Maybe my mistake was having enthusiasm and thinking co-directors Travis Mathews and James Franco's new film was a reimagining of the lost footage from William Friedkin's notorious "Cruising" would respect the audience and offer new insights, that led to deep disappointment.

Part genuine doc, some faux scenes and scripted dialogue, and all-too-brief actual gay sex onscreen add up to a boring "Interior Leather Bar", which I caught on Sunday night at the Castro Theater. It was shown as part of the Frameline 37 film festival.

The narrative starts with Mathews and Franco meeting in an LA hotel room with their female producer and a straight actor auditioning for the Al Pacino character, then we follow the pre-production sessions including one where straight actors talk about playing gays, before climaxing with choppy scenes from the leather bar sexual activities.

Franco holds an on-set chat with the actor playing Pacino, and says he feels he's been wrongly conditioned by society and Hollywood to be more accepting of violence in film than love-making. To examine such thinking, he decided to make this semi-mock doc.

I might have been more receptive to it if there weren't so many annoying extreme close-ups (where you could count the number of pimples on an actor's face).

It all added up to a sense of being pranked by the filmmakers. That might explain why there was only polite applause at the end of the screening and a robust number of folks quickly leaving the theaters, avoiding the Q&A.

Posted by Unknown at 1:22 PM
Email ThisBlogThis!Share to TwitterShare to FacebookShare to Pinterest