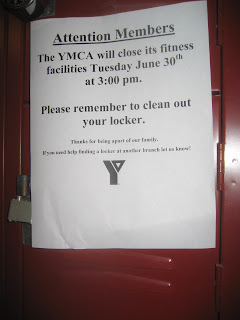 SF's Central YMCA Has Closed
There was much sadness at the city's Central YMCA on Golden Gate Avenue in the Tenderloin during it's last hour of operations today. I'm going to miss this place.

The building, opened way back in 1910 to replace the facility destroyed in the fire after the 1906 earthquake, has been sold to a nonprofit housing corporation that will transform it into affordable housing for low-income seniors.

I've heard talk that the Y wants to build another facility in the same neighborhood in the next few years, but given the state of the local economy, I don't really expect that project to break ground before the first Obama term is over.

Besides missing the convenience of the location, healthy exercising and sweating, the affordability, the total lack of music on the 5th floor workout room so one could hold a conversation without shouting, and all the sexy guys, one thing I'm really to going to miss are the diverse people who went there.

How diverse was it? Well, in the first week I was a member, I saw gay millionaire Jim Hormel, who could easily afford a gym in his mansion, working out next to a friend of mine who lived in a local homeless shelter. A genuine cross-section of folks - all colors, ages, shapes and weights, orientations - from all parts of the city and wider Bay Area, used this Y.

Like many others, I'll be transferring to the Embarcadero Y, and hope to see familiar faces, and bodies, down there. And in disco heaven, the Village People are singing their classic gay anthem tonight with a degree of sadness.

Here are a few pics from the last hour of business at this YMCA: 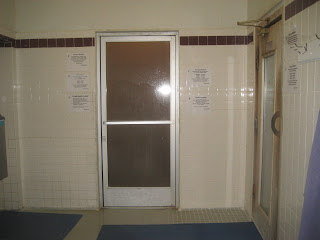 Ah, the fabulous men and fun activities I saw in the steam room and sauna. 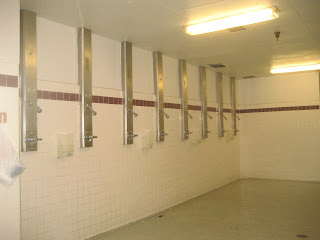 The empty shower annex in the basement. 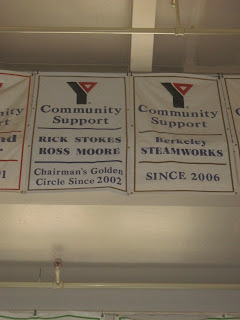 From the rafters of the 5th floor basketball, well-hung banners proclaiming financial donations from members such as former gay leader and businessman Rick Stokes, and the gay bathhouse of the East Bay. 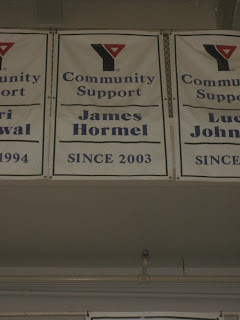 The banner in honor the Spam heir. 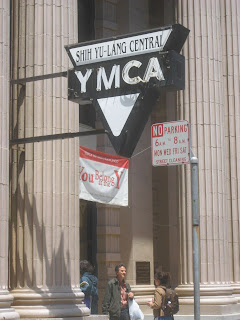 The triangular sign over the entrance, which used to be lit up in pink neon.

I had no idea that the Y closed! What a surprise!! It was a great place to live while in school, and there was such a sense of community there, with the coffee shop and the equipment to use. It is a shame that this landmark had to close . . .it will be missed!