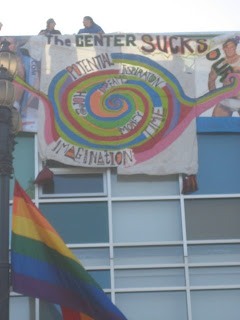 (Sandbags keep the sign from blowing in the wind.)

No one was in front of the gay community center on Market Street when I arrived late for a protest that was scheduled to start at 6 pm. After locking up my bike, I saw two Gay Shame members on the cement divider taking pics of the building. Behind them was a large crowd in front of the It's Tops greasy spoon, and I quickly joined them.

From the top floor patio, six activists unfurled an anti-center banner and we all cheered. Actually, we cheered and everyone with recording devices documented the action.

But something was terribly wrong with the scene in front of eyes. There were no people entering or leaving the building's four-door entrance, no cops, and no center personnel trying to stop the folks on the patio.

And the center remained remarkably devoid of even trickles of community members, never mind hordes of locals or out-of-towners utilizing it. Only three center employees sat at the info desk, friendly enough, all things considered. I'll charitably say 25 people went in to the center during the 90-minutes I stayed with the Gay Shamers.

My estimate is that a solid 100 people participated in the action and good time of fun was had by all.

The crowd was overwhelmingly young, hip, gender and costume bending, sexually charged, colorful and pierced, and not buying the HRC/Gay Inc/Democratic Party/Marriage & Military agenda or leadership. It was fine revolting queer street theater, done on the cheap, with a potent message: We will not assimilate.

Oh, and the damn center has to meet the needs of low/no income queers, allow for community direction over programs and room fees, and curb its consumerist gay agenda.

Here it is the Thursday before the big LGBT Pride parade in what many consider to be America's most gay loving city, and the community center is a hollow shell. It's been that way for way more than a year and there is no rallying cry to save the center. But the foundation and government grants, corporate sponsorships and donations from individuals dwindle, and prop up an all but dead center.

Four days before Pride, and the San Francisco gay community center was, for all intents and purposes, empty of queer life.

Here are some pics: 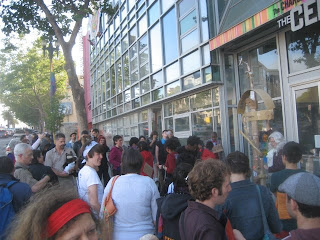 Speeches getting started. Near the tree branches, the well-hung banner, an hour into the demo, was still in place. I'll stop body profiling, but can I please continue cruising the crowd? 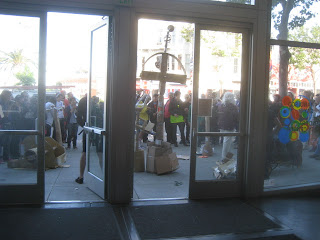 The view from inside the center's lobby. 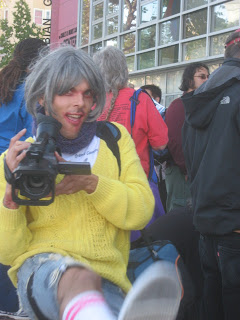 A Stonewall Girl Wannabee, with leg in the air. Should be showing pubic hair. 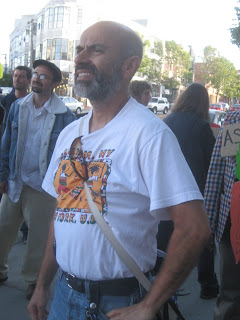 This sexy and peppy Papi bear spoke to the crowd in Spanish. 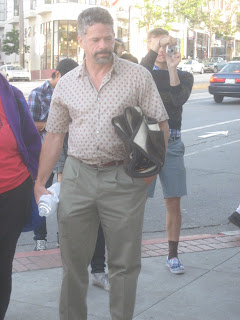 Another handsome mature man watches the protesters ham it up. 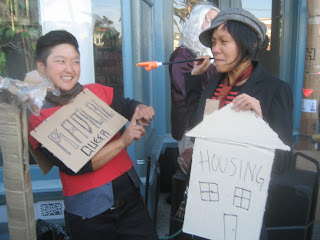 My instructions to them were to strike a pose for Michael Jackson. 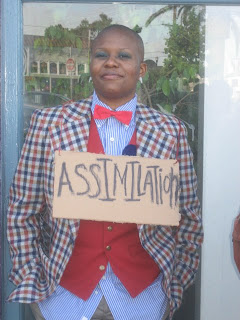 She needed no one to tell her to smile her great outfit. 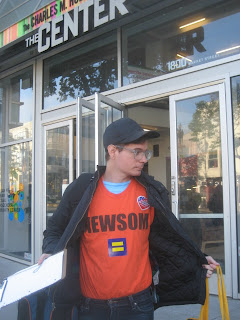 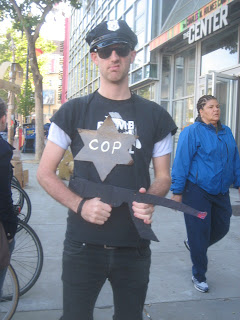 Up close, he seemed barely out of his teens and snarled naturally. 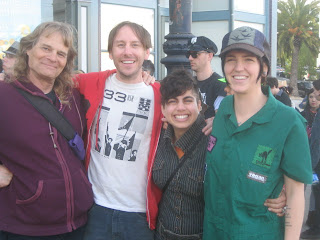 The Gang from the Market Street Co-op medical marijuana dispensary. 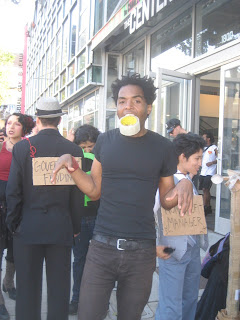 Queen getting the props ready for the show.
Posted by Unknown at 8:06 PM
Email ThisBlogThis!Share to TwitterShare to FacebookShare to Pinterest