Mike and I are having a very relaxing and jokey Memorial Day Weekend. I've been snapping away all week, capturing attractive men on the streets and various other San Francisco locations. As I looked over the images, it was clear a number of sexy dudes with shaved heads caught my queer eye. I'm tossing in pix of friends and hope you enjoy the pix. 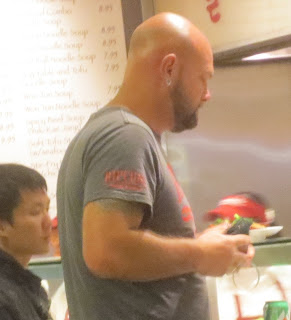 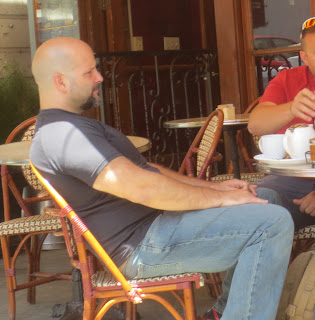 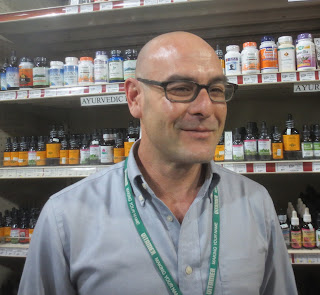 The top two guys with sexy bald heads were seen out-and-about and the bottom photo shows the handsome James who works in the vitamin department at Rainbow Grocery. 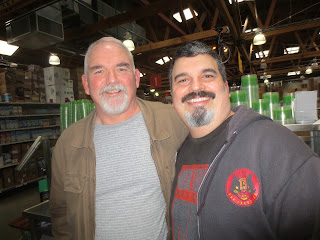 What a fab bear couple these guys are. Our friends Sam, on the left, with his longtime partner Tom. They used to own a music store in our neighborhood but had to close up the shop due to an unaffordable rent brought on by the gentrification happening in the Mission. 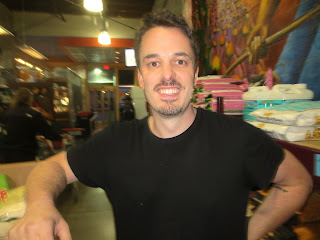 Here's Kirk shopping at Rainbow Grocery for three-dozen men who are at a queer men's gathering this weekend in the North Bay. It was a pleasure to hear him share his political insights and weigh in on the spate of queer men who have ended their lives recently, including our mutual friend Jonathan Klein who jumped off the Golden Gate Bridge. 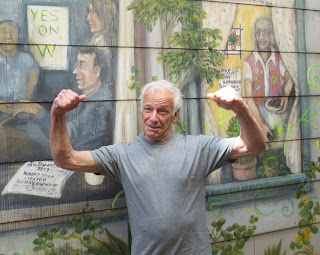 My good pal Dennis, the Pope of Pot, strikes a flexing pose for me in his garden's mural. It's illustrated with images of his friend Harvey Milk, above his fist on the left, from 1978 when they passed San Francisco's Prop W that directed the DA to make prosecutions of pot possession the lowest priority. To the right in her kitchen is the late Brown Mary preparing to cook medicinal brownies for people with AIDS and other illnesses. 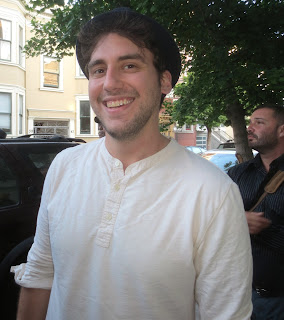 One the sweetest straight boys in town is Andrew, who always has a tight hug and a full smile to share with me. 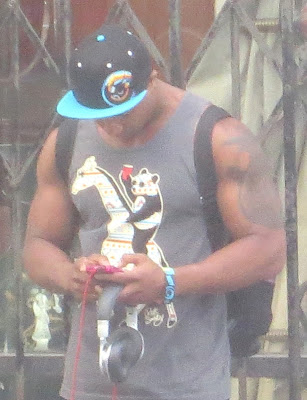 A little bit of warm weather and the dudes with muscles and ink are showing off their bodies on Mission Street. Not sure what the heck is on his t-shirt, but with arms like that, who cares?