Weekend Woof #37: Dudes at the Rally

This photographic series went on hiatus for two-weeks, but it's back now with a batch of new handsome fellas pleasing to my queer eye. All photos were snapped at the April 29th rally for Bradley Manning at the SF Pride office. Again, thanks to everyone who attended the protest and much gratitude to the guys here for posing and smiling for my camera. 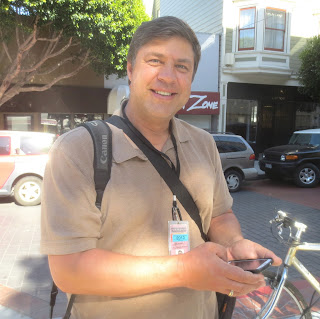 This is Mike who is a professional photographer for local newspapers. I took great pleasure telling him it was nice to see him being photographed for once, since he's always clicking away at press conferences, City Hall hearings and community actions. 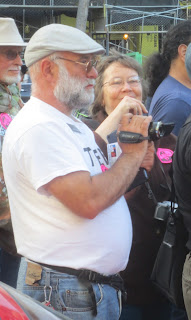 Here's the best-looking Daddy Bear at the rally, and there were quite a few such mature men to entertain the eyeballs. 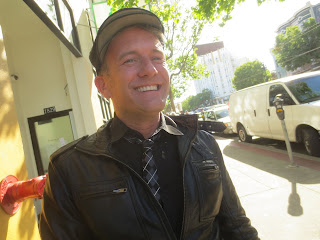 If I remember correctly, this smiling younger man is named Connor. He came early and said hello to, totally happy that the rally was organized so quickly and he expected a good crowd to turn out. 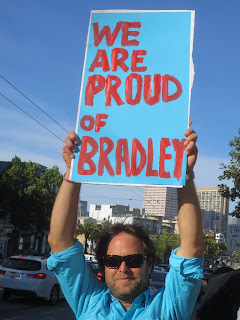 I should have asked my pal and progressive activist Andy to remove his sunglasses, because he has lovely eyes that suit his fuzzy face so well. 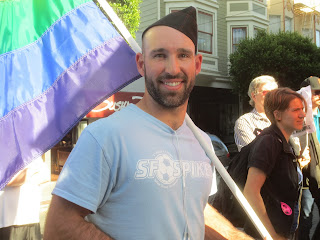 We end our report this weekend with smiling nudist Trey, who was very loud and proud waving his rainbow flag. So many men know him only from photos of his actions getting arrested in the buff, I wonder if he's recognized wearing clothes!
Posted by Unknown at 5:11 PM
Email ThisBlogThis!Share to TwitterShare to FacebookShare to Pinterest