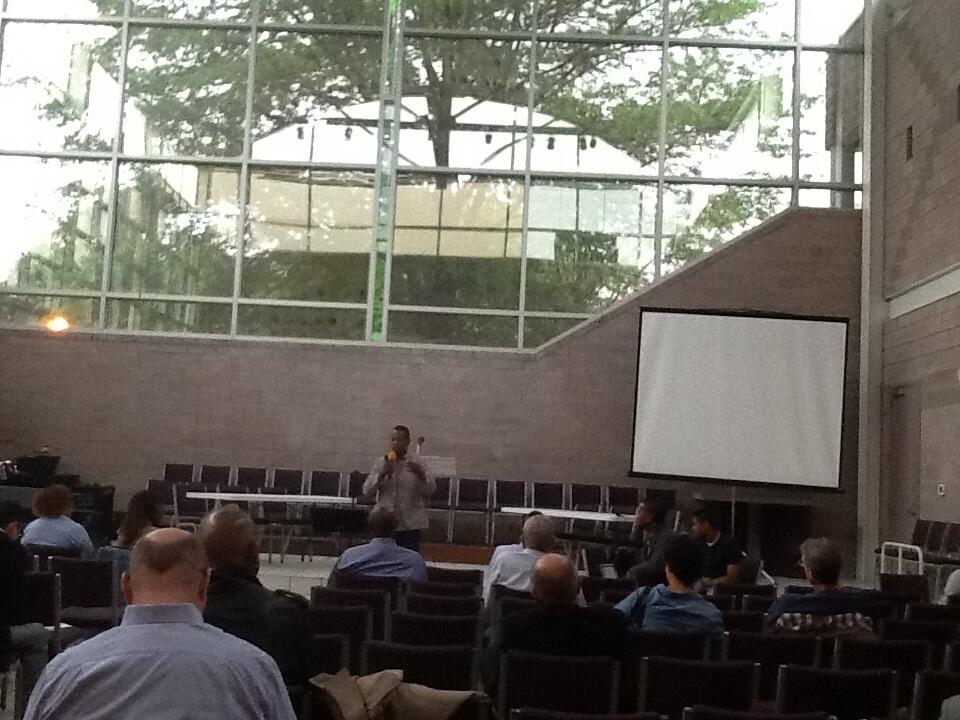 (The physical component of the forum held at MCC in Washington. Credit: MCC Advocacy.)

This is a classic example of how not to hold a virtual town hall. On Tuesday, May 14, the National Minority AIDS Council held a town hall streamed live promising a discussion regarding advocacy among people with AIDS:

Following the closure of the National Association of People with AIDS (NAPWA), the Federal AIDS Policy Partnership and the U.S. PLHIV Caucus will hold a Town Hall Tuesday to discuss how we can ensure that people living with HIV remain meaningfully engaged in making decisions about federal policies that impact their lives.

I had fears about how empowering it would be for PWAs particularly those of us not working for AIDS Inc or who would be at the physical town hall being held simultaneously in Washington, DC, at the Metropolitan Community Church. When no agenda was posted leading up to the event, it was not a good sign.

Once the streaming began, so did the glitches starting with no sound. Hundreds of online PWA participants couldn't hear a word of what was being said in DC, for the first 40-minutes. Despite pleas to pause the meeting until we could listen in, NMAC ignored the pleas from PWAs beyond the Beltway.

The camera was positioned in such a way we either saw the backs or left profiles of speakers at a lectern inside the church's meeting room. When the sound was working, the facilitator was hard to fully hear and understand since he held the mike at chest level.

NMAC staffers tweeted about who was talking, many of whom are people living with HIV, which AIDS Inc group they represented and pleaded for our patience as they worked to solve the tech problems. NMAC said they were using a free streaming service, one that interrupted the stream every 10 or so minutes with video ad pitches for financial services to manage your wealth, prompting me to complain with their $4.6 million budget NMAC could have paid to use an ad-free and glitch-proof streamer.

Heck, NMAC would have been smart to organize a streaming rehearsal a few days in advance and have a modicum of streaming experience to make use of.

Even though questions had been solicited in the days leading up to the town hall, NMAC asked for questions as if none had been submitted and regardless, questions from online folks were never posed.

Practically all of the speakers praised the work their group was doing along with the fabulous national coalitions they belong to, and said PWAs should join the groups or offer them input.

Tweets complaining about these and other problem flowed throughout the proceeding. Being unfamiliar with Twitter's policies for deleting tweets, I'm not sure why the majority of tweets, those full of complaints and others of a more positive, upbeat nature, are no longer at the #FederalHIVTownHall feed.

The title of the event was labeled thus:

In my view, people with AIDS were ill-served by this town hall. Unfortunately, NMAC has posted no minutes, no lessons learned, no report back to the PWA community about follow up and didn't archive the town hall's stream. So much for meaningful engagement.
Posted by Unknown at 12:40 PM
Email ThisBlogThis!Share to TwitterShare to FacebookShare to Pinterest

Wow. It's as if you were there. Which I was. And my reaction is very much the same.