SF Supes on Pride: Govt Intervention May Be Needed ['11 Crisis] 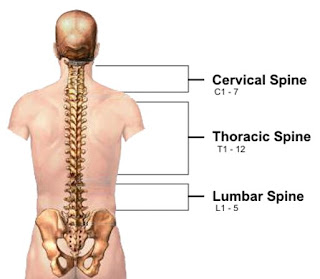 (Image is not of any queer or straight progressive San Francisco Democratic elected official. Credit: Spineconsultants.org.)

What a difference two-years makes. Back in May 2011 Joe Eskenazi at the SF Weekly penned a cover story about that year's deep troubles at SF Pride. At the time, two of our local queer electeds had plenty to say about the current state of the organization and its future:

Both of San Francisco's openly gay supervisors have stated that Pride must be placed under new management — whether it likes it or not. "Pride is an organization that is no longer viable," David Campos says. "We have tried to be helpful. We've given them the benefit of the doubt. But you do reach a point where you have to fish or cut bait."

Adds [name of other gay supe redacted], "We're seeing an organization that has really atrophied. ... This is a good opportunity for us to take Pride to the next step and align it with a stronger organization."

Both supes noted that government intervention could be necessary, as Pride belongs to no organization or individual, but to the community. Pride's attorney, however, notes that "the community" hasn't trademarked the phrase "SF Pride."

Quite a shocker to read again how these elected Democratic gays not only wanted to dictate how Pride should run itself, but they also were willing to embrace the idea of the government having a direct role.

Fast forward to two week ago, and the global attention over Pride first making WikiLeaks whistle-blower Bradley Manning a grand marshal of the parade then rescinding the honor, prodding the SF Chronicle to call the same supes and have them weigh in on that scandal:

Supervisor David Campos did not return a request for comment and Supervisor Scott Wiener said he intends to stay out of this one.

“Pride has its process and I’m not going to dictate to Pride who their grand marshals should or shouldn’t be, that’s the organization’s decision,” [another gay Democratic supervisor] said.

Anyone heard from these Democrats or their fellow Supervisors John Avalos, Eric Mar, London Breed or Jane Kim, who represents the district that includes the parade route and rally in Civic Center? What about bigmouth Tom Ammiano? He used to be a fearless queer progressive leader willing to stand up to bullies. Not a peep from him. Same goes for Mark Leno and Jose Cisneros.

Two weeks of silence from the lot of them. Tells me all I need to know about what scaredy cats they are and how during this Manning-related queeruption against Pride and Equality Inc, they just can't seem to find their voices.

Not only am I way over Pride, but the same goes for all the basically useless politicians named and all the unnamed career Democrats who will be trolling for votes and warm-fuzzies on June 30 at the parade.

Posted by Unknown at 10:38 PM
Email ThisBlogThis!Share to TwitterShare to FacebookShare to Pinterest