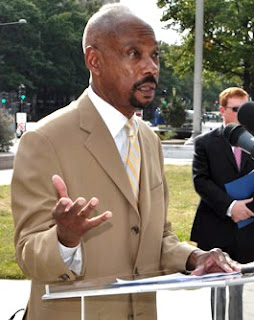 Over at the Washington Blade, veteran reporter Lou Chibarro has posted a balanced and very fair story about the formation barely a week ago of Pozitively Healthy to speak on behalf of and advocate for America's population of people living with HIV/AIDS. The Blade said:

The prominent role being played by former NAPWA officials and staffers prompted AIDS activist [...] Greg Milward of Wisconsin to raise concern, saying events leading up to NAPWA’s financial collapse and bankruptcy took place under their watch.

With creditors owed more than $750,000, NAPWA filed for Chapter 7 bankruptcy at the time it announced it was shutting its doors permanently in February.

[Frank] Oldham announced his resignation from his post as NAPWA’s executive director and CEO in October and left the organization in November before news of the impending bankruptcy surfaced. A document filed with the U.S. Bankruptcy Court in Maryland lists Oldham as owing NAPWA more than $80,000 in “accounts payable.”

Reaction to the fact that Oldham was a key leader of Pozitively Healthy brought swift negative reactions from several PWAs around the country. The comments section of the story was jumping within an hour of it going live at the paper's site Thursday afternoon. 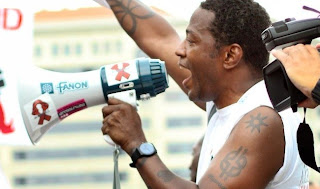 From Brooklyn, NY, Larry Bryant, pictured, hit a number of nails on their heads about why this new group and those in it are of deep concern:

No one wants a 'New' NAPWA, no one asked for a 'New' NAPWA'. The organization that claimed to be "most trusted voice" in the HIV and AIDS community has been disconnected from people most impacted by HIV & AIDS around the country for almost a decade now [...]

I am offended and maybe somewhat confused as to why [HealthHIV, the sponsor of the Pozitively Healthy group, and its executive director Brian] Hudjich would not understand why an entire community would have issues and question their involvement. To think that this is just about financial non-accountability is an insult to the community that they were to serve.


Also weighing in with criticism was Nike Luhan:

There is a reason more than fiscal why the leadership of NAPWA caused it's doors to close, extremely bad idea to take that same leadership and form a new group. Bad decision all around.

By early Friday morning, less than 24-hours of the Blade going live with the story, the former executive director of NAPWA got smart and announced his resignation from Pozitively Healthy:

Before the end of business on Friday, the HealthHIV page for the steering committee of Pozitively Healthy no longer contained Oldham's name.

The lesson I see here is that when PWAs unaffiliated with AIDS Inc put their needs and criticisms out there for all to read, and take their message to the Big Bosses of AIDS Inc who are quite clueless about actions like forming a group riddled with NAPWA associates, a whole lotta good comes from empowered PWAs standing up and speaking for themselves.

Posted by Unknown at 5:15 PM
Email ThisBlogThis!Share to TwitterShare to FacebookShare to Pinterest

Hmmm I wonder if Health HIV will be taking on the debts and obligations of NAPWA since they are taking on most of the staff and board. Seems like if they want the leadership, they should take the debt to the community and people with HIV too.

All these "AIDS< INC" orgs gotta go and no one working at one should earn $174K which happends to be salary of my faves in Congress: Barbara Lee, Alan Grayson, Rick Nolan etc PDA democrats

All these "AIDS< INC" orgs gotta go and no one working at one should earn $174K which happends to be salary of my faves in Congress: Barbara Lee, Alan Grayson, Rick Nolan etc PDA democrats