The 56th annual San Francisco International Film Festival is now in its second week, and I'm pleased to say I've seen several excellent films. The festival runs until May 9th and there are lots of flicks still to catch. What have you seen so far and what's on your motion picture plate in the remaining week? Check out the titles, brief descriptions and ticket info here. All images courtesy of the San Francisco Film Society. 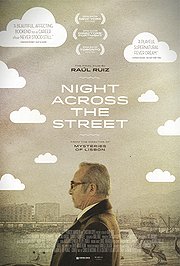 1. "Night Across the Street"

The final film by surrealist and prolific auteur Raul Ruiz was good, but a letdown after his previous film "The Mysteries of Lisbon", a true masterpiece. In "Night", an elderly man prepares for his approaching retirement from work, looking back on his life and loves, with an appreciation of the fullness of his decades of life. Wonderful drained-of-vivid colors scheme, perhaps signifying the draining of bodily fluids as a body dies. Nicely paced story about mortality told with graceful wisdom and humor. Au revoir, Raul. 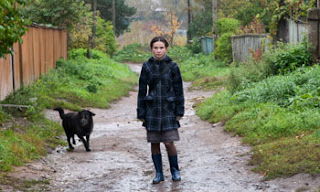 A serial killer is stalking young women in a remote Russian village, rebellious youths are looking to escape their drab situation through drinking, drugging and a loud disco, and a teenage girl comes of age. "Daughter" captures the pain of the characters, with occasional glimmers of hope for a better life. Religious themes are part of the mix, handled with objectivity and lack of judgement. Set in a rural area, it's handsomely photographed making bleakness almost beautiful in several scenes. Directors Alexander Kasatkin and Nataliya Nazarova juggle subplots well and loose narrative strands are plausibly tied up at the end. 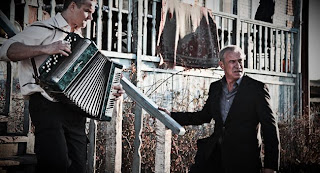 Another film from Russia with fantastic cinematography, this time set on a desolate steppe. Is there a law requiring most Russian films have top-notch cinematography? A gangster on the run from a hit-squad, comes home for his grandfather's birthday party and old family squabbles resurface. Lots of vodka drinking, demands for truth and reconciliation, suspicions raised - all sprinkled with recent topical Russian history references. The ending a quite satisfying, with just the perfect touch of restrained blood and violence, upending a gangster film cliche I won't divulge about who kills the gangster. Oleg Pogodin was the director and I hope his other works get screened in the Bay Area. Terrific acting, especially from the leads Skillful editing adds to the suspense. 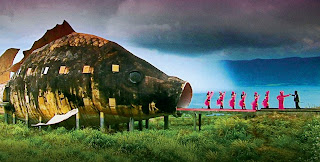 Frightening documentary about freelance assassins who executed thousands of peasants, suspected Communists and lots of their enemies in Indonesia in the 1960s with the blessing and collusion of the government and police forces. Lacking remorse, the killers gleefully restage their executions where they originally took place, sometimes with still-scared ordinary folks watching it all unfold. Influenced by American crime films in their fashions and executions, the assassins fund a fictionalized movie account of their deadly deeds. Directed by Joshua Oppenheimer with inventiveness. One of the executive producers is Werner Herzog and the extreme weirdness of much of what is on the screen could have appeared in one of his documentaries.

Reports on other films will appear over the weekend. Hope to see you at the festival!