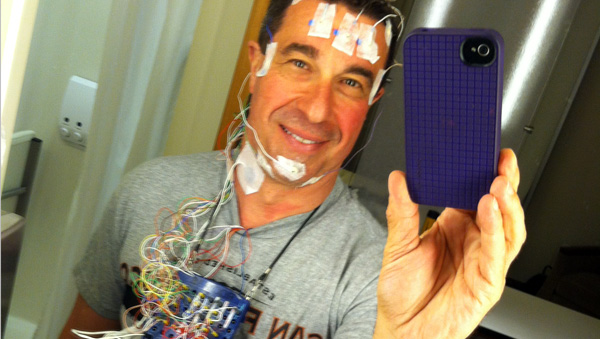 After reading SF Pride's announcement about their Friday, May 31 forum over their Bradley Manning mess of rescinding the honor of being a Grand Marshal, and that out gay reporter Scott Shafer of KQED would be the moderator, I read the station's code of ethics then sent off questions to the executive director Raul Ramirez.

However, my main concern was that the station's impartiality for covering SF Pride and the Manning controversy were jeopardized with Shafer playing a key role in the May 31 forum at the Castro's Metropolitan Community Church. Ramirez replied:

KQED encourages its hosts, reporters and editors to help facilitate community conversations on a wide range of topics, some of which are highly controversial. We do this on air, and occasionally we do this at community sites.

Moderating a forum that is open to the public, such as the one that you write about, is not tantamount with endorsing any one viewpoint voiced by participants. I am confident that moderating this panel will not affect negatively our ability to cover the surrounding controversy. If anything, the comments from participants may provide helpful insights.

I must disagree that moderating a panel is the same as actively participating in a rally or demonstration. We cover demonstrations and rallies. We act as moderators in discussions of important community issues. That is what public media journalists do.

My preference would be for all news outlets to refrain from facilitating community conversations and stick to reporting the news, but KQED believes otherwise. I asked my friend and gay activist Patrick Connors, whose Twitter feed Uppity Fag is something to check out, for his reaction to KQED's statement:

Well, it's not clear to me how the forum will be moderated: Who will get to ask questions (Shafer and the public? Just Shafer? Vetted questions from the public? Who will sort and choose questions? Open mic?)

Without knowing what role Shafer will play it's difficult to know the extent of his partiality. I can totally see how deference will be given to the established organization (not that I agree with that) so it's smart to ask in advance what we can expect / prepare for.

Shafer could do a fine job as long as he knows what he is talking about....and I don't know that he does. Why was he chosen? Who chose him? Who is negotiating / setting up the format of this event?

Those are good questions that may not get answered before Friday. I don't supposed the Pride Board / FB page will offer any insight between now and then...which means we should be prepared for all possibilities - including a complete dry fuck from Pride since that's been what they've been doing since this all started.

Patrick raises some of the same concerns I expressed in my unanswered questions to the SF Pride leaders about the format of the May 31 forum and how public comment will be handled. Let's hope between SF Pride's executive director Earl Plante, board president Lisa Williams and Shafer that they communicate with everyone well in advance of the forum about the format and questions from the community members present.

And we need to know if the forum will be live streamed and Tweeted for the many folks who won't be able to attend in person. Utilizing social media will go far to clear the air about this SF Pride mess over rescinding the Grand Marshal honor to Manning.
Posted by Unknown at 9:38 PM
Email ThisBlogThis!Share to TwitterShare to FacebookShare to Pinterest

I think Patrick Connors comment, "...a complete dry f@ck from SF Pride" is exactly what you are going to get at this bogus dog-and-pony show of a meeting. Having it moderated by a reporter is just another layer of bullsh!t between SF Pride and the people in the community. Now that SF Pride has a "CEO" who makes over $200K annually, you can expect the same corporate garbage you'd get from any other for-profit corporation.