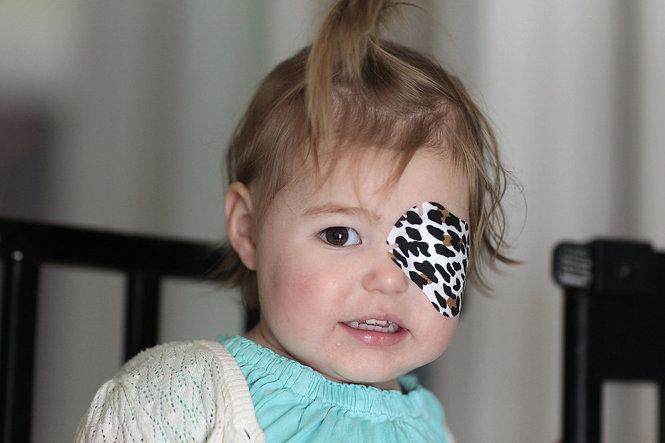 I was checking out the news today from the Jersey Shore, where I spent my summers as a kid, in the Newark Star Ledger and came across a series of stories about the parents of an ill young girl named Vivian Wilson, pictured, who could benefit from medical marijuana in a number of ways.

Reporter Susan K. Livio writes about the many hurdles Vivian parents have had to jump over to gain access to medical marijuana in the Garden State:

“The state says the (medical marijuana) program is active, but it’s really not,” [mother Meghan Wilson] said, noting only about 130 of 900 registered patients have been called in to buy marijuana from the one operating dispensary because supply is scarce.

“When someone with cancer can’t even get what the state has said they need, then Vivian is probably five years away from getting what she needs.” [...]

The law requires three physicians — a pediatrician, a prescribing physician and a psychiatrist — to recommend a child for the program. The Wilsons are still looking for a psychiatrist.

New Jersey's medical marijuana law states the program is open to minors, but Gov. Chris Christie said today he is "not inclined to allow" children to participate [...] "But I will tell you — I've said this all along and I'll say it again — I want New Jersey to be a compassionate state" [said Christie who went on the say] "But I am not going to allow New Jersey to become a California or a Colorado where someone can fake a headache and get a bag of pot on every corner."

Methinks the governor is overreacting and projecting a lot of unfounded fears that are very unlikely to happen if he finds some compassion for Vivian in his heart. Luckily, a brave state senator is coming to the aid of the Wilson and families with seriously ill kids who could benefit from medical marijuana with fewer restrictions on its use, according to this story from yesterday:

A Union County senator introduced a bill today that would make it easier for sick children who qualify for New Jersey's medical marijuana program to use it.

The bill was inspired by the plight of 2-year-old Vivian Wilson of Scotch Plains, who is diagnosed with a rare and potentially deadly form of epilepsy called Dravet syndrome. Because traditional medications have been unable to control her seizures, her parents, Meghan and Brian Wilson, signed her up for the program. They say they have been encouraged by reports of Colorado children diagnosed with Dravet who have ingested the drug made from a strain that is high in the active ingredient cannabidiol, but low in the psychoactive components that make a person feel high.
“It was never our intent for the state’s medical marijuana program to be so restrictive that a child who is suffering and in desperate need of relief from a debilitating condition could not get access to care,” said Sen. Nicholas Scutari (D-Union), who sponsored the original medical marijuana law, the Compassionate Use Medical Marijuana Act.

Thank you, Sen. Scutari, for your political advocacy that may soon do much good for Vivian and other ill young children in my home state. And may Gov. Christie put smart medical policy above needless fear-mongering about drugs.
Posted by Unknown at 4:42 PM
Email ThisBlogThis!Share to TwitterShare to FacebookShare to Pinterest