Weekend Woof #39: Men on the Street

My continuing series of attractive dudes of all shapes, ages, colors and degrees of furriness continues with multiple shots of two blue collar guys, and other snaps of random guys seen around town and caught on my camera. As always, thanks boys and men, for appearing in the photos. 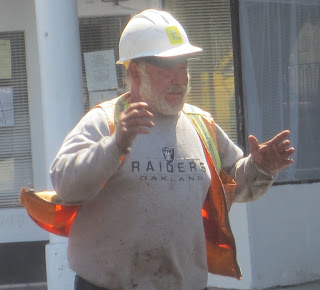 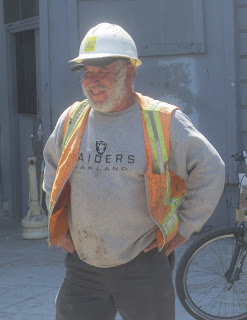 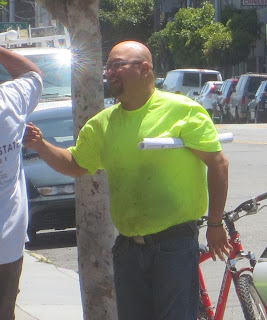 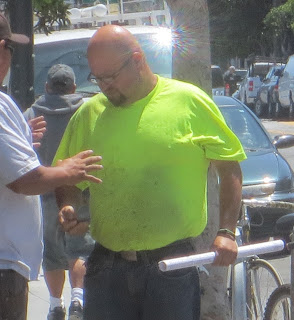 These husky fellas were seen around the Mission district late in the week and even though neither is wearing a shirt or jacket with a blue collar, I still call them blue collar dudes with all due respect. That lime green shirt in particular is a far cry from blue! 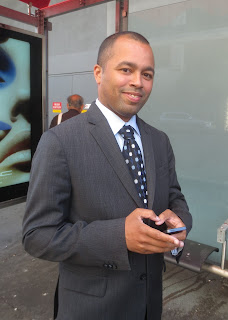 This is Bill, who currently works at the General Services Administration department at City Hall and cycles in  and out of political jobs. We first met each other back in the late 1980s when we were in ACT UP/New York, and have wildly divergent political views but still remain friendly with each other. 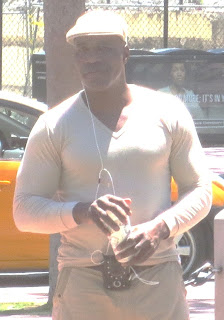 Damn, what a knowing smile he gave me as I snapped this sexy man's photo as he enjoyed the sun on Market Street this weekend. 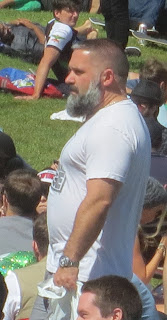 One of the few bears in Dolores Park on Saturday afternoon. Look at that full beard and the fine gray hairs it contains. I bet he's quite popular down at the Lone Star Saloon.

Until next week, let's keep a queer eye on the guys of San Francisco!
Posted by Unknown at 4:18 PM
Email ThisBlogThis!Share to TwitterShare to FacebookShare to Pinterest