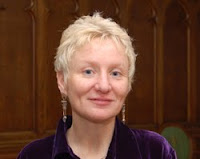 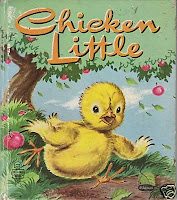 (Were they separated at birth?)

The Daily Bruin paper for UCLA ran a gushing article on February 10 about supposedly brilliant campus AIDS researchers and their fabulous findings. Half of it was all about Sally Blower, whose latest sky-is-falling HIV-related math model is the straw breaking the camel's back, after more than a decade of similar gloomy models.

Part of what's of interest here is her new claim that it's not just San Francisco people with AIDS suffering drug resistance, the problem is now nationwide:

“Because the level of drug resistance is really quite high (in the U.S.), it’s causing lots of clinical problems,” Blower said. “It’s harder and more expensive to treat people.”

Um, if it's not too much trouble for Blower and the Bruin, could we all see the independently verified research and stats on the supposed clinical problems, and exactly how it's become harder and costlier to treat us PWAs?

I'm not aware of anyone else in the scientific and public health communities, or indeed anyone in the AIDS Inc and PWA communities, backing up Blower's national claims.

The Bruin stenographer omitted any voices challenging Blower, and as of the date the article ran, Dr. Grant Colfax of SF DPH had made disparaging remarks about the study and its potential impact to the Chronicle and BAR. If only the stenographer had used Google to locate a front-line, public health doctor to give an opposing view.

In keeping with the apocalyptic nature of Blower's standard operating methods, the Bruin had this say about the alleged lethality of the new resistant strains of the virus:

Though it may be too late to save the U.S. from these drug-resistant strains of HIV, Blower said the new findings can be applied to places where HIV treatment is beginning.

Oh, my gosh. America is doomed! It's too late to repent, ye sinners! If only we had listened to Blower, maybe the nation could have been spared.
Posted by Unknown at 1:54 PM
Email ThisBlogThis!Share to TwitterShare to FacebookShare to Pinterest