Former police chief and current District Attorney George Gascon hasn't brought a single charge in any of the deaths of the 20 civilians killed by members of the San Francisco Police Department, during his tenure as the City's prosecutor. 20 deaths, zero indictments.

A public records request to Gascon produced dozens of texts between him and the naive and gullible Father Richard Smith of St John's Episcopal Church in the Mission, and they clearly reveal how the DA has skillfully co-opted this cleric.

The texts clearly show Smith's subservience to Gascon, a very unhealthy attitude for anyone leading community efforts for justice from the DA in various deaths of black and brown people by the cops. 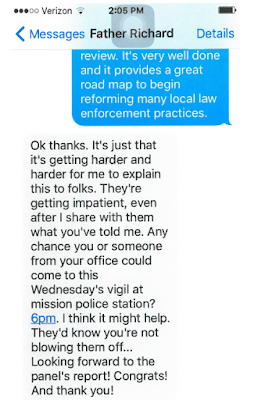 This text from Smith shows he's been keeping a lid on the anger in the community, and reporting this to the man he should pressuring not kowtowing to. Smith's too keen to give a platform to the DA and plead his case to activists, while getting nothing but empty promises in return. Someone should inform Smith Gascon has and continues to blow off the activists. 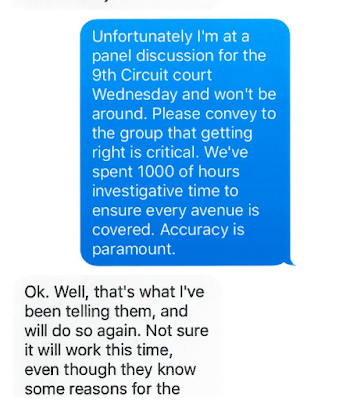 It seems Smith is all too willing to do Gascon's bidding and serve as his mouthpiece in the community, while getting nothing in return from the DA. 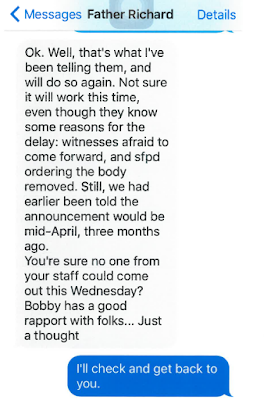 Another text documents how eager Smith is to cool off community anger, even though a this point it had been three-months since Gascon didn't deliver on his promise of an announcement about charges in the fatal shooting by the SFPD of Amilcar Perez-Lopez. 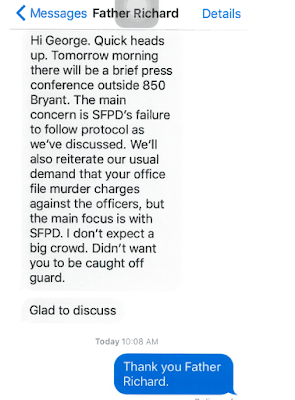 Proving yet again how cozy Smith is with Gascon and his weird willingness to run his group's planned actions by the man they're lobbying. With such subservience, it's no wonder the DA feels no pressure to take action regarding indictments in the death of Amilcar Perez Lopez. 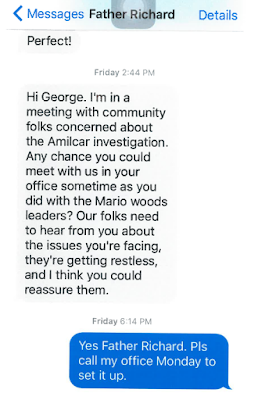 More proof Smith is not an effective police accountability advocate in this text, where he requests a meeting with Gascon to have him turn down the heat in the community. He wants activists to develop sympathy for the DA, instead of demanding to bring the anger to Gascon, and tell him the reassurances are bullshit delaying tactics.

I'm sure Father Smith's heart is in the right place, but he is woefully unprepared to withstand the co-opting machinations of a very ambitious and cunning elected official, as evidenced in the texts. I've posted all of the responsive public records here for all to read.
Posted by Unknown at 12:49 PM
Email ThisBlogThis!Share to TwitterShare to FacebookShare to Pinterest