Laura Truffaut to Intro 'Day For Night' at BAMPFA: 7/16 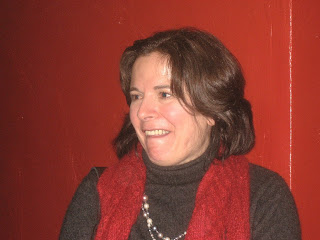 Maybe five years ago, Francois Truffaut's daughter Laura, who lives in Berkeley, hosted a screening of his classic "The Wild Child" when a newly restored print was playing in art houses, including San Francisco's Opera Plaza Cinema.

She was the consummate presenter, anticipating seeing the film again and with an audience, then afterward holding a fantastic discussion about the making of the film when she was just a child during hot summer in the countryside without any air-conditioning.

I spoke up in praise of the high turnout of folks thirty-and-under, even a few teens, in the theater and said it was a sign of hope for the cinema that the tradition of watching films communally was alive and thriving in the Bay Area.

This Saturday evening at 6 o'clock at the Berkeley Art Museum/Pacific Film Archive, Truffaut, who's a longtime Berkeley resident, will introduce "Day for Night" and we'll be treated to an imported print up on the big screen and a special evening will be had by all.

More info and to purchase a ticket, click here.

The BAMPFA programmers have scheduled this film as part of their Hitchcock/Truffaut series which kicked off showing the recent documentary "Hitchcock/Truffaut," all about the famous landmark book of interviews by the French filmmaker with his idol and occasional mentor and confidante.

Details on the remaining flicks in the series are here.

Get yourself to BAMPFA soon and often over the summer for great movies!
Posted by Unknown at 7:52 PM
Email ThisBlogThis!Share to TwitterShare to FacebookShare to Pinterest