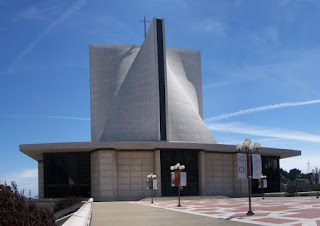 This Sunday, July 3, at the 11 am mass, my friend Bill Wilson and I will attempt to present the congregation of St Mary's Cathedral with a rainbow flag, and on it the names of the 49 LGBT and Latinx folks massacred at the Pulse bar in Orlando.

We hope to peacefully enter the church and give the flag to the priest conducting the service, and read a statement regarding Pope Francis's recent comments regarding apologies are due to the gay people, girls and women, and children exploited over centuries by the Vatican, its clerics and lay leaders.

A 3x5 rainbow flag with Orlando sewn on it, and the names of the 49 people who died on June 12 in the horrible bloodbath of hate at the queer nightclub, is what we want to give the San Francisco Archdiocese and request that they forward the flag, names and our letter to Pope Francis in Rome.